From its sheer longevity to multiplayer mechanics, Star Ocean 3: Till the End of Time remains one of my all-time favourite PlayStation 2 RPGs. Since being introduced to the series many years ago, I have moved onto and genuinely enjoyed all other offerings in the franchise by developer tri-Ace. But since their somewhat lackluster launch of Star Ocean: The Last Hope on the Xbox 360 (and later the PlayStation 3) in 2009, the company moved onto a range of other titles from the third-person action RPG Resonance of Fate to working with Square Enix on the latter two Final Fantasy XIII games. Now in 2016 and more than half a decade later, gamers finally have their chance to dive into a new Star Ocean experience with Star Ocean: Integrity and Faithlessness, and the experience was…. slightly underwhelming.

Star Ocean: Integrity and Faithlessness takes place between the events of Star Ocean: The Second Story and Star Ocean: Till the End of Time, although I wouldn’t say you would need to have played either game to appreciate the events which unfold. Rather than hopping across the galaxy to a handful of planets, this installment takes place primarily on a planet known as Faykreed. This planet is not technologically advanced, but does have a strong affinity for Signetury (Aka. Symbology).

The story follows 23-year old swordsman Fidel Camuze, who along with childhood friend Miki Sauvester leaves their small ocean-side village, with the intent of petitioning their kingdom to requisition them troops to alleviate a problem with bandits. However, things quickly grow complicated when they stumble across a mysterious young girl named Relia, who with all her extraordinary abilities is being chased by a number of mysterious entities. In choosing to protect this girl in every way they can, the duo are drawn into not only the conflict against an enemy nation who has technology well beyond its time, but a larger intergalactic war.

When I think of Star Ocean, I expect a game which can take me a good 40-50 hours to complete. Unfortunately, even taking my time and grinding, I managed to complete the main campaign in less than 20 hours. I would have no objections to this if the storyline was something memorable and kept me hooked from start to finish, but overall it was just okay. The story was decent but had very few highlights, the seven characters did the job but their development felt patchy, and it just felt like there could have been a lot more done to immerse me in the story. This was a real shame to me as I went into Star Ocean: Integrity and Faithlessness expecting some sci-fi themed action RPG fun, and came out with something which was not necessarily bad, but just average, and didn’t offer much to entice me to continue playing at points.

That being said, there were a few intriguing elements to the storyline. While not always effectively utilised in my opinion, the backstory and concepts behind Relia was intriguing. Some of the other party members including Signeturge researcher Fiore Burnelli and the mysterious (at first) Emmerson T. Kenny were interesting enough during the story. Unfortunately, Personal Interactions were regressed to miniature events which randomly unlocked while travelling across the world or by visiting one of the inns spread across Faykreed. Once again, while their decision to implement these events wasn’t bad, each character could have received so much more development than they did.

While supposedly being developed with the game’s Japan-exclusive PlayStation 3 release in mind, Star Ocean 5: Integrity & Faithlessness offered design quality of a standard I was expecting from the series on the PlayStation 4. While there are undoubtedly better designed games on the console, character designs maintained their slight anime-style charms, and the environments were often open and adequately detailed (Although some fields could be considered very sparse). With all seven party members in battle at once, each battle tended to be a visual spectacle of characters/enemies running everywhere and using their own abilities. The real-time action-oriented battle system may have been excessively frantic at times, but was nevertheless aesthetically pleasing.

However, it is clear that a few corners were cut. Most notably is the emphasis on simple in-game rather than pre-rendered cutscenes. Therefore, there tended to be a lot less action taking place during the story, with Fidel left doing little in many scenes but wandering around while dialogue is being spoken. There was also the case of some minor NPCs (Eg. Those wandering around towns) being duplicates or simple recolours of one another.

One of my favourite elements of Star Ocean is the music, with composer Motoi Sakuraba returning to provide the soundtrack of this game. The new music is of a high standard, and I personally enjoyed the new intense battle themes with their sci-fi twists. On a few occasions, they have also pulled across some music from past games. While the critic in me is left wondering why they didn’t commission more music so they wouldn’t have to resort to previously used music… it is hard not to be drawn into a major battle with “The Divine Spirit of Language” playing in the background.

Like many games published by Square Enix in western markets, Star Ocean: Integrity & Faithlessness does come with English voice acting. They managed to assemble a solid English voice cast for this release, including Max Mittelman as Fidel, Crispin Freeman as Victor Oakville, Christopher Corey Smith as Emmerson T. Kenny, Aimee Castle as Fiore Brunelli and Tessa Netting as the softspoken Relia. While I may not have been particularly fond of the storyline, I think the cast did a great job of portraying their characters.

Many RPGs typically limit the number of characters you can have on the field at any one time. Star Ocean 3 and 4 for example only allowed three and four characters respectively. The problem is that when you have potentially more than double the number of characters not on the field, it can leave you wondering what they are doing in the meantime. Star Ocean: Integrity & Faithlessness has decided to take a rare approach of not only having all characters appear on-screen while navigating the world, but also have everyone take part in each and every battle. This is a double edged sword in my opinion. On one hand battles are a lot more interesting to watch, and the game itself adapts the strength/number of enemies in relation to the number of characters in your party well. On the other hand, it does mean you need to continuously keep track of up to seven characters (one of which you never have direct control over) and the franticness leaves less time for strategy and more time for simple button mashing. That in mind… I did actually enjoy the battle system. With less need for strategy however, I didn’t find too many occasions where I was really challenged to defeat a boss.

Outside of levelling your characters, most character customisation comes down to adding and upgrading their individual “Roles” and “Skills”. Skills are pretty self-explanatory. While working through the game, you will uncover a variety of skillbooks, most of which correlate to a character or two. These one-use items can be used to either teach a character a new skill or provide a significant boost of Skill EXP for that particular skill – which would otherwise be acquired through continual skill use. “Roles” on the other hand provide particular character boosts in return for having an impact on their actions as AI during battle. For example, if you wanted Miki to be a pure healer, you can give her four healer type Roles to have her focus almost exclusively on healing. There are a decent sized number of roles available to players, and did seem to have at least some impact on the battles depending on your choices.

One of my favourite components of past Star Ocean games has been the Trophy System, which has offered 100s of both easy, challenging and near impossible challenges to complete. While the trophy system does return in this latest instalment, it is in my opinion only a shadow of its former self. While there were many trophies which felt like an accomplishment to unlock in past games, these in my mind were simplistic and nothing particularly special – warranting little more than an “Oh” from me when unlocking them.

Welch has been a long-running character in the Star Ocean series, and she makes her appearance once again as a character who introduces players to the game’s crafting system. The crafting system is fairly rudimentary but provides access to a range of distinct items, all of which can be created by combining a range of items collected on the field, purchased in store or acquired from fallen enemies. My only issue is that meeting Welch is surprisingly easy to miss, despite her quest chain (In which each quest unlocks a new type of item creation) beginning near the beginning of the game. In my case, I had completed ¾’s of the game before actually taking the time to wonder where she would be located.

Star Ocean: Integrity and Faithlessness offered some great components, from a somewhat unchallenging but nevertheless enjoyable battle system to great English voice acting featuring some noteworthy cast members. However, while these elements exist, I still don’t consider this to be more than an average game. The story is not only shorter than past games, but is surprisingly slow paced and is lacking in particularly memorable moments. It was also disappointing to see that the game weakened its trophy system, and didn’t offer as much in terms of replayability as its predecessors. Star Ocean: Integrity and Faithlessness is by no means a terrible game, and I think is still worth picking up if you enjoy sci-fi RPGs, however it lacks much of the charm that drew me to the Star Ocean franchise in the first place.

Acknowledgement: A review copy of Star Ocean: Integrity and Faithlessness on the PlayStation 4 was provided by Australian publisher Bandai Namco Entertainment Australia.

The Quick Brief
Star Ocean: Integrity and Faithlessness offered some great components, from a somewhat unchallenging but nevertheless enjoyable battle system to great English voice acting featuring some noteworthy cast members. However, while these elements exist, I still don’t consider this to be more than an average game. The story is not only shorter than past games, but is surprisingly slow paced and is lacking in particularly memorable moments. It was also disappointing to see that the game weakened its trophy system, and didn’t offer as much in terms of replayability as its predecessors. Star Ocean: Integrity and Faithlessness is by no means a terrible game, and I think is still worth picking up if you enjoy sci-fi RPGs, however it lacks much of the charm that drew me to the Star Ocean franchise in the first place.
Storyline/Character Development
4.5
Design
7
Music / Voice Acting
8.5
Gameplay
6.5
Personal Opinion
5
6.3
out of 10
Share
Facebook
Twitter
ReddIt
WhatsApp
Pinterest
Telegram
Previous articleThe Theatre Sphere is Going on Temporary Hiatus
Next articleVisit the Phantom Isle Early, Demo Released for Phantom Brave PC 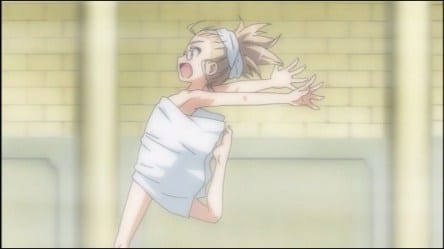 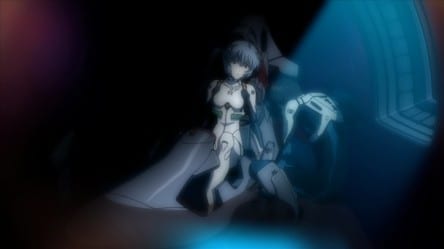 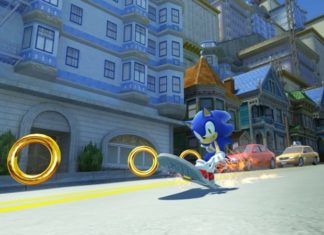 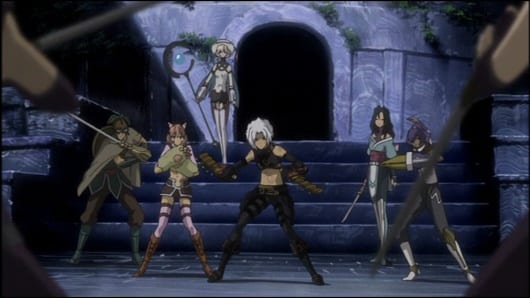