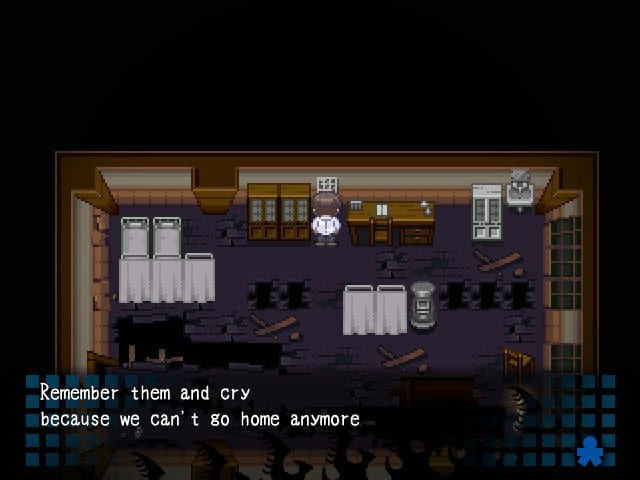 Starting back at the beginning of the harrowing story, XSEED Games have announced that the horror-adventure game Corpse Party is now available for purchase for the Windows PC. It can be purchased through Steam, GOG.com and the Humble Store. Originally developed as an independent title by Team GrisGris, and previously released by XSEED Games for the PSP, Corpse Party is a chilling visual novel-style experience where a group of high school students must navigate the cursed halls of a supposedly demolished elementary school… all the while being hunted by the spirits which haunt its halls looking to kill.

The PC version of Corpse Party has been localised directly from the original independent Windows PC version known as Corpse Party: BloodCovered, which was never released outside of Japan. Unlike its PSP port which eventually spawned a trilogy of games, this version features all of the original Windows art and voice-acting, in addition to some exclusive features. 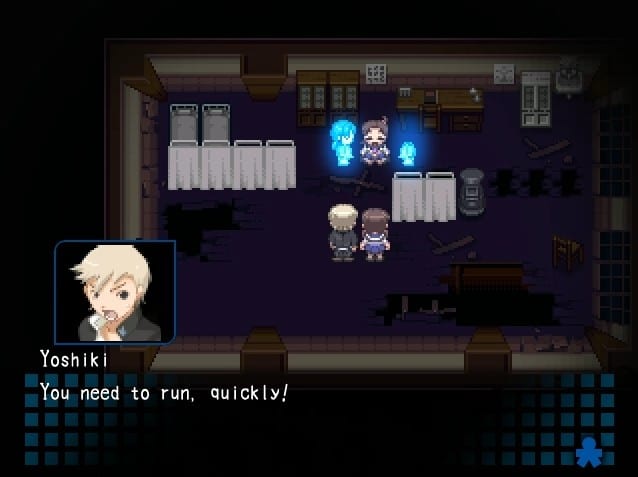 Some exclusive features on offer include new endings and scenes which differ from the PSP and (upcoming) Nintendo 3DS versions and four bonus chapters in addition to the main five. One of these new chapters is a PC exclusive retelling of “Tooth” from Corpse Party: Book of Shadows, recreated with added content in classic Corpse Party adventure style. There is also a “fast-forward” function to aid those hoping to unlock every ending as quickly as possible.

I should have a review up of Corpse Party on the PC soon. Until then, you can read my 2011 review of the PSP version HERE.

In Corpse Party, players take control of a group of Japanese high school students who inadvertently engage in a pagan ritual and find themselves inexplicably transported into a whole other space: an inescapable echo of a long-since demolished school building where a series of gruesome murders once took place. They must now evade the grasp of the tortured souls who roam the halls of the doomed Heavenly Host Elementary, lest they join the ranks of the dead themselves.