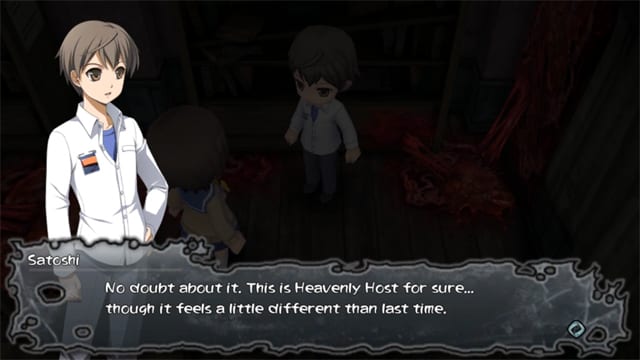 Having previously worked on the English localisation of both Corpse Party (BloodCovered) and Corpse Party: Book of Shadows, XSEED Games have opened the doors to the haunted Heavenly Host Elementary School one last time with their release of Corpse Party: Blood Drive on the PlayStation Vita. The horror game is now available for purchase in North America at a price of $39.99 USD via the PlayStation Store. While stocks last, there is also a limited “Everafter Edition” physical collection which can be purchased from stores for around $49.99 USD.

Corpse Party: Blood Drive is set to launch in Europe and Australia beginning October 20 2015. The news that Australia is being supported by Marvelous Europe is very surprising, considering neither Corpse Party or Corpse Party: Book of Shadows were released in the region. Pre-orders for the PAL region physical editions (Standard, Everafter and the special “Heavenly Host”) of the game can be found HERE.