Corpse Party: Blood Drive to Be Released on October 13th 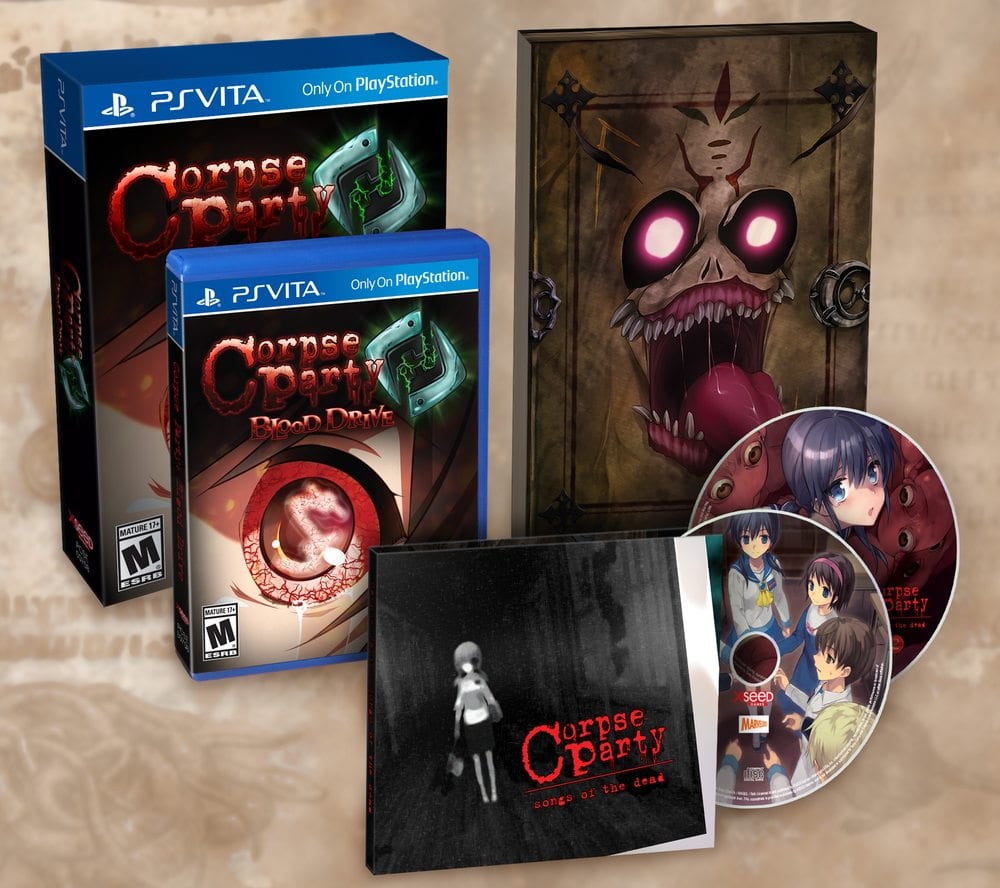 Taking a change for the game’s usual digital distribution format, XSEED Games have confirmed that Corpse Party: Blood Drive will be released not only via the PlayStation Store but also as a limited physical “Everafter Edition”. Pictured above, this edition contains a two-disc compilation of songs from all three main Corpse Party games and a “Dying Art” grimoire featuring over 100 pages of artwork from throughout the main franchise. There will be an approximately $10 price difference between the two editions – $49.99 (Physical) and $39.99 (Digital).

Following the more “point and click adventure” approach to Corpse Party: Book of Shadows, Corpse Party: Blood Drive returns to a gameplay style more similar to that of the original title. However, players are now able to explore Heavenly Host Elementary School in 3D for the first time. There will also be new gameplay systems present, including a dynamic lighting system (aided by an in-game flashlight), talismans to protect the player characters from danger, deadly traps to disarm, a stamina system which restricts fast movement and more. Comparable to previous titles, Corpse Party: Blood Drive will also feature the original japanese voice acting, complemented by the usual binaural 3D audio for simulated surround sound.

Overall, this finale will include eleven story chapters and eight supplemental “Extra Chapters”. There are also unlockables such as voice actor interviews, art, music and more.