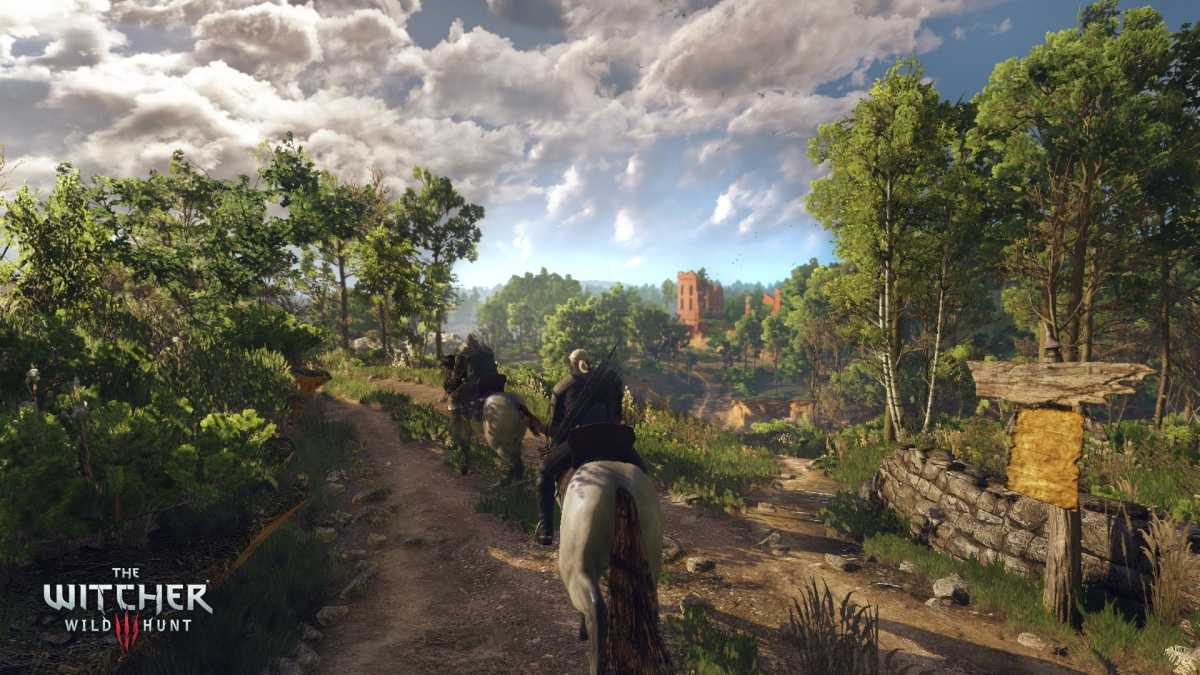 From the successes Bethesda Softworks have enjoyed with both Elder Scrolls and Fallout franchises, to Ubisoft and their love of open-world environments with games including Watch_Dogs and Assassin’s Creed… gamer’s nowadays have access to a plentiful number of opportunities to explore digital worlds. No longer are players always required to follow a linear, pre-determined path with little to no freedom to control how their characters destiny progresses, and are instead able to go off on a 20 minute trek to discover some hidden enemy, obscure quest or beautiful vista. Another development team who has spent time constructing and presenting a deep, user-controlled world is CD Projekt Red, whose release of The Witcher 3: Wild Hunt provides players with an expansive open world enriched by lore, memorable quests and characters.

There Is A Plentiful Amount of Storyline…

Perhaps the biggest downside to reviewing The Witcher 3: Wild Hunt is that, even with dozens of hours racked up in-game, there is still a lot more of the world left for me to explore and main/sub quests to complete. With regards to this, The Witcher 3 is not a game that presents you with an open world yet still drags you through a storyline, littering the rest of the world with small challenges or drawn out hunts for vaguely placed collectible items for a handful of trophies/achievements. Instead, it provides a bountiful world with memorable characters, and doesn’t provide a lesser experience should you decide to deviate from the main plot.

Once again, players are put in charge of series protagonist Geralt of Rivia, making his third and likely final appearance in the franchise. The game starts out pretty nondescript, with players setting off on a quest to track down Yennifer of Vengerberg – with only a vague letter and the “smell of lilac and gooseberries” guiding them to her. The first hour or so mostly involves combat training, horse riding and getting into a bar brawl with three unsavory fellows who don’t appreciate the presence of a Witcher in their town. Coinciding with these events is a dream, indicating to Geralt that Ciri is being hunted by the Wild Hunt – the game’s primary antagonists.

The plot was interesting and consistently delivered a solid trickle of storyline, lore and character development – encouraging a player to explore every little nook in search for something new in the expansive and active world. That being said, there were several moments that tended to be needlessly drawn out or took a bit to long to complete, in addition to a handful of quests (primarily in the main story) which could have been more than what they were in my opinion. However, those looking for a decent plot will find themselves drawn into an mature and sophisticated tale, one which makes good use of its R18+ classification for “high impact violence and sex”.

The Witcher 3: Wild Hunt is playable if you are new to the series, and there are attempts at telling at least the basics required to appreciate the tale unfolding. However, if it is practical, playing these games in chronological order will likely grant you a more fulfilling experience and spare you from some confusion at points.

A Piece of Aesthetic and Audiological Art

The world presented in The Witcher 3 is downright impressive, with well designed and animated characters, daunting foes, beautiful vistas littering the landscape, fantasy-inspired towns which are teeming with life and an overall sense that every area you walk through in the open world is varied and unique. In my opinion, it is one of those games that someone could comfortably walk (or ride) through without needing to worry about their destination, and one of the few which have in my opinion truly showcased what the current generation of video game consoles are capable of visually. That being said, like other open world titles, there is the occasional visual glitch, ranging from disappearing NPC’s to the odd physics issue. This was all complemented by minimal lag in my experience.

The visuals are complemented by a strong soundtrack to help set the mood and keep you pumped up at pivotal moments. Following on from successes of previous games, The Witcher 3: Wild Hunt also features a stellar voice cast, with quality voice acting present for even the most minor NPC. 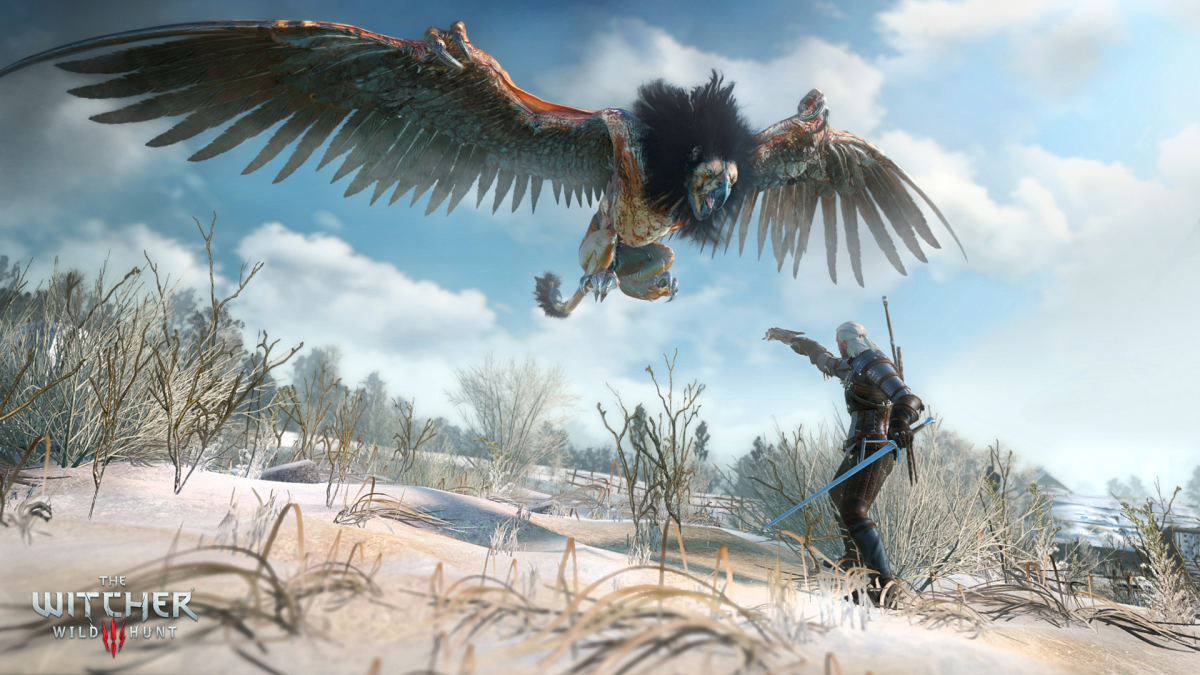 There is Plenty of Gameplay in This Open World

While a beautiful open world environment and rich plot does work in The Witcher 3: Wild Hunt’s favour, these positive aspects would be meaningless without solid gameplay. Although it doesn’t test the boundaries of gameplay as far as the action-adventure RPG genre goes, core systems are easily approachable and non-convoluted, while there is a plentiful amount of content to satisfy those after a challenge.

Adopting a hack ‘n’ slash style of battling, Geralt is able to attack those who stand against him with a barrage of small and strong attacks, complemented by the ability to dodge/parry attacks headed his way. Available to him from the game’s start are also a number of magic “signs”, which grant him a number of abilities from shooting fire bolts at his foes to freezing them in place. As Geralt is more of a swordsman however, despite upgrades, it is much easier to work with a physical build over a mage build. Also returning is the duo of steel and silver swords, which are used to fight against normal and supernatural foes respectively. None of this is particularly revolutionary, but combined with a sizable bestiary of distinct enemies to combat and a variety of scenarios to find oneself in, battles were often very satisfying.

Swords and magic are not the only things keeping Geralt alive on the battlefield however, with pre-battle preparation also proving pivotal. Preparing potions for use when things take a turn for the worse, using oils to make your weapons more effective against certain enemy types and the use of explosives also serve as important elements to your arsenal, meaning there are a number of tools which can be factored into the battle strategy against a tricky foe.

Albeit with relatively simple controls that are more-or-less pick-up and play, The Witcher 3: Wild Hunt’s real-time combat system doesn’t disappoint when it comes to providing players with ample opportunity to dive into the game head-on. While there are times where enemies can fall with a few hits, there are others where you genuinely feel like one or two mistakes could lead to your character falling in battle. Despite this, there is something quite relaxing about getting on your horse and travelling around the world – which is purportedly 35 times larger than the sizable one presented in The Witcher 2. Making things easier when travelling on horseback, a single button press will allow the horse to automatically travel down roads – leaving you more freedom to sight see or plan your next destination. 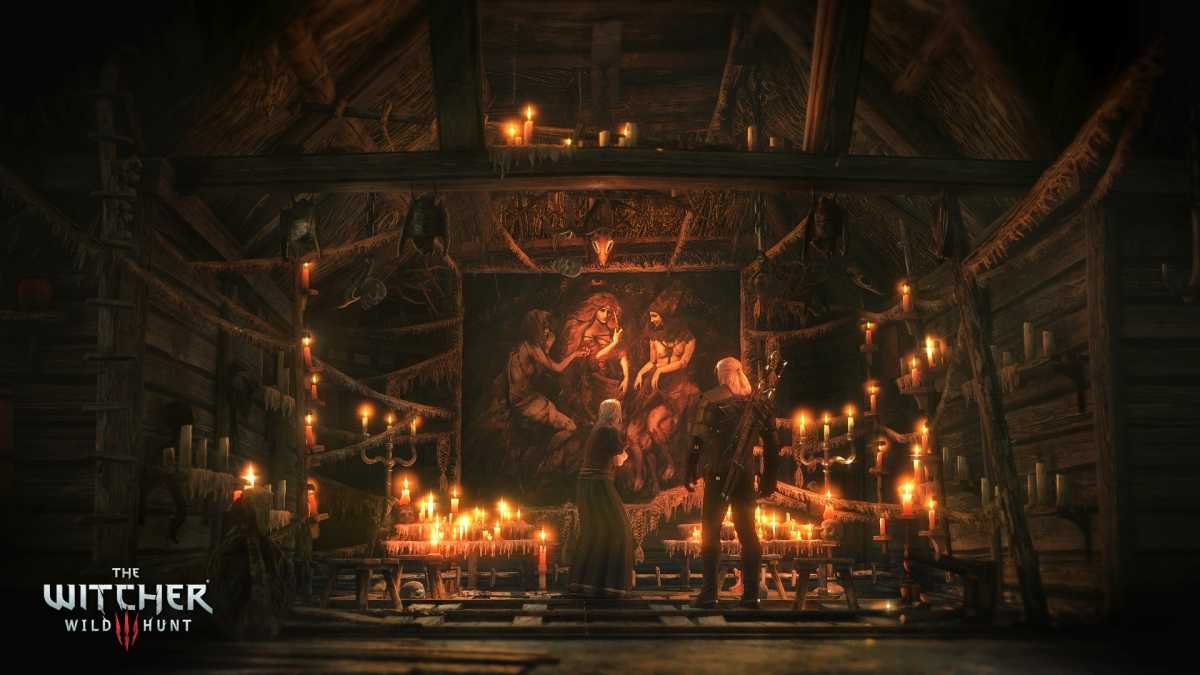 Having dedicated a month and dozens of hours towards this game and having still not completed it, The Witcher 3: Wild Hunt in my view offers a lot of content and replay value for your purchase. With memorable characters, a complex and mature storyline, vivid landscapes and adequate gameplay; CD Projekt RED have been able to offer both quality and quantity with this release.

A review copy of The Witcher 3: Wild Hunt on the PlayStation 4 was provided by Bandai Namco Entertainment Australia.