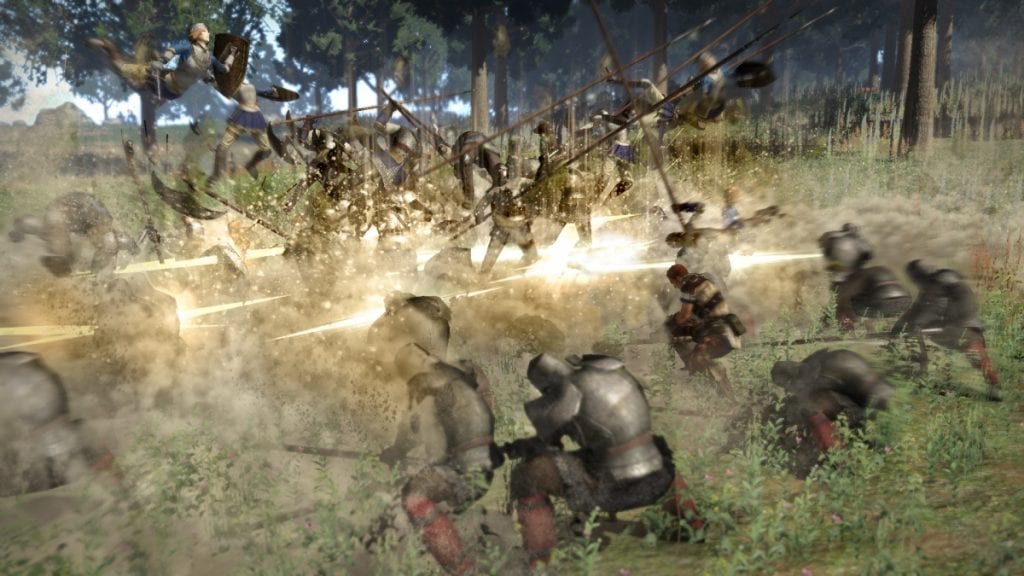 While I do usually enjoy video games in the Koei Warriors franchise, supported by Omega Force getting the in’s and out’s of the hack ‘n’ slash genre down pay since developing Dynasty Warriors 2 in 2000, I am personally finding that the market has become a tad saturated with their releases in the past year or so. While one or two releases a year usually scratches the itch for more left by earlier iterations, a total of five games have all hit the international market around or during that time period: Dynasty Warriors 8 Xtreme Legends, Warriors Orochi 3 Ultimate, Samurai Warriors 4, Hyrule Warriors and Dynasty Warriors 8 Empires. While it is still an open world fighting game where you fight against excessively large crowds of enemies, the distinct ideas present Omega Force’s latest release: Bladestorm: Nightmare, offers enough to set itself apart from similar games. But the question is… is it any good?

Bladestorm: Nightmare serves as an enhanced port of the 2007 game Bladestorm: The Hundred Years’ War. While featuring the original storyline in an unedited form and retaining many of the same gameplay systems, brand new additions are introduced including a few amendments to character creation / usage systems, a brand new fantasy-oriented “Nightmare” chapter, online co-op support and new soldier types. Aside from the “Nightmare” chapter however, there is nothing of too much important making it a must-buy for those who played the first game. 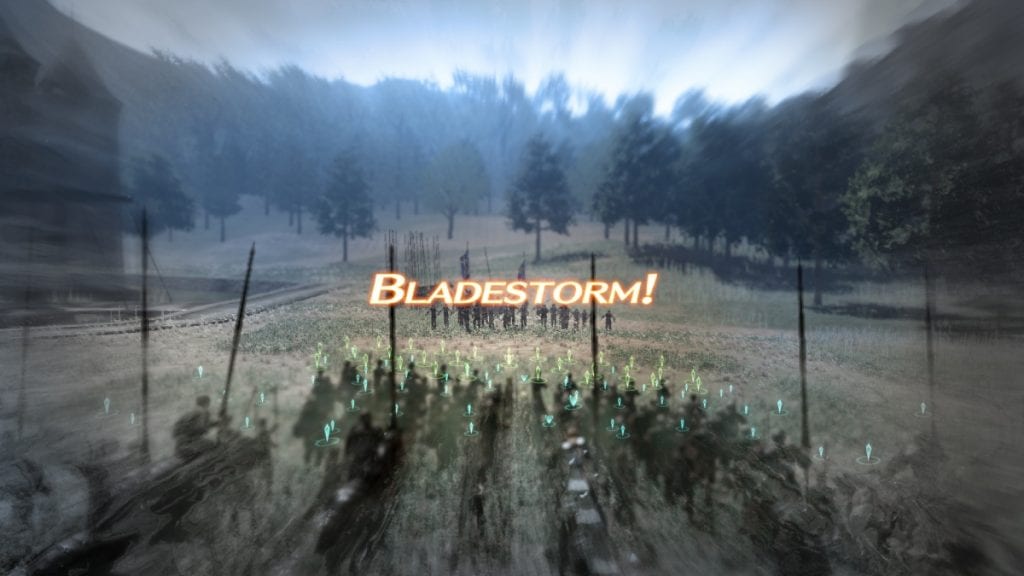 Although not strict in following chronology, the main story chapter follows the events of the Hundred Years’ War which took place from 1337 to 1453. You take control of your customized character, a mercenary who can freely choose to partake in battles from either the side of England or France. As with other Koei Warriors video games, many historical figures including Edward the Black Prince and Joan of Arc appear during the storyline, with several historical battles also playable. As you can choose to ally with English or France, it is also possible for your actions to alter the course of history from what we have come to know today. The storyline and concepts in this chapter are adequate, making good use of the rich source material there was to work with.

The newly introduced Nightmare mode deviates from Bladestorm’s historical approach to stortelling, introducing a plethora of fantasy / demonic elements to deliver a distinct experience when contrasted against the original story. While your customisable character remains limited to just grunts on the battlefield, (s)he is written into the storyline and someone of importance rather than being a mercenary who can pick and choose his jobs. Demons, dragons and an evil Joan of Arc are just some of the profound elements introduced in the Nightmare chapter, and it turned out to be much more enjoyable to play through. 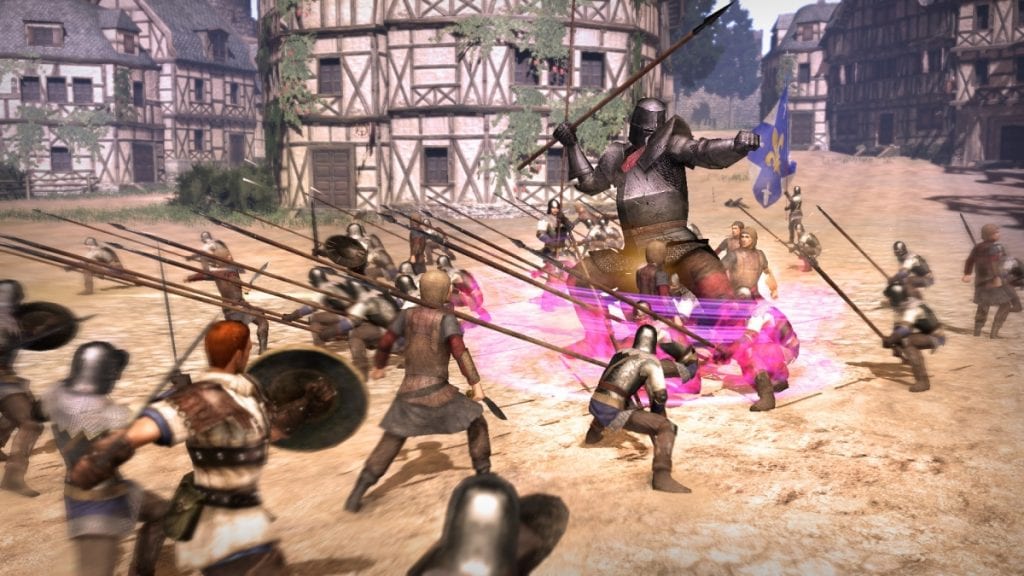 The biggest difference between Dynasty Warriors and Bladestorm: Nightmare is how the battles play out. Rather than take control of a single character who is able to jump, swim and quickly circumnavigate the field and any obstacle that stands in their way; you take control of a character who has the ability to lead a small army of mercenaries into battle with them. Scattered around the battlefield are a vast range of units – from units appropriate for close-range combat such as Rapiers and Swords, to the more agile horse riders and ranged bowmen attackers. Any of these groups can be recruited by your character with a simple button press – allowing you to immediately equip the weapon of that class and gain all its respective stats (For better or worse).

Rather than having one standardized level to suit all unit types, your protagonist must individually level up each. Therefore, you can put all your experience points into one basket and dominate with one particular type at the sacrifice of battlefield versatility, or evenly level up a handful of classes in order to be able to meet any strength/weakness which you find yourself up against. Improvements made by levelling up include increased attack strength, an increase in the number of units you can have in a particular group, increased HP and a number of other skills. As the game progresses, it eventually becomes possible to take up to four mercenary leaders into battle – with the player able to switch between them at will or otherwise form platoons with them. With a broad range of unit classes, this allows one to diversify their playstyle a little bit, possibly having one mercenary level up front-line combat and another putting more emphasis on ranged attacks. 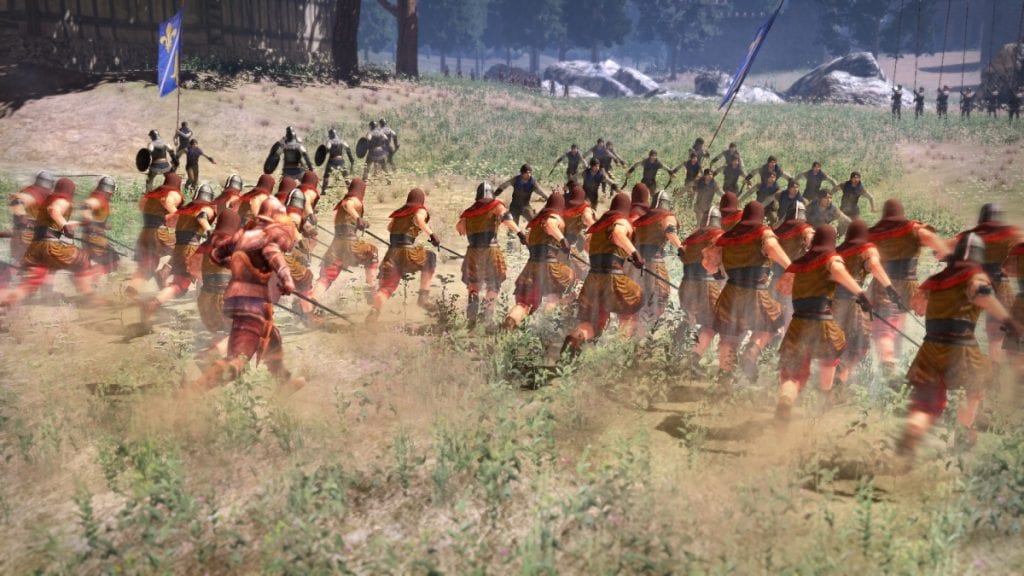 Battles themselves take place on one of several sizable maps, with each containing more bases and a greater landmass than anything offered by most other Koei Warriors games. While there are occasional deviations, the “Empires” style of gameplay tends to be in effect within the game, where you are often tasked to defeat a particular enemy or capture a certain base from the opposing team. This usually involves forming a link of bases between your side’s and the target, with the base being considered captured once its leader has been defeated. Although some of the battles can be enjoyable, the concept is hardly revolutionary. Unfortunately one of the downfalls is that battles are often undertaken using a single button press, with three timer skills usable with additional button presses. As your character cannot move around as freely, whole battles can come across as just walking to an area with enemies and holding the R1 Button. Unless you have the difficulty set as high as possible and haven’t overlevelled your unit of choice, this can become dry and dull very quickly. It does not help that the ally and enemy AI is mediocre at the best of times, with enemies hardly reacting to being attacked and ally mercenaries routinely being off doing pretty much nothing.

Omega Force have presented some well designed games in recent years, including Dynasty Warriors 8 Empires and Samurai Warriors IV. Despite being released on both PlayStation 4 and Xbox One platforms, Bladestorm: Nightmare seems to have retained the same visual standard as Bladestorm: The Hundred Years’ War back in 2007. Unfortunately this means that the character models are lacklustre, environment designs are bland and character animations are very limited. I would have personally rather seen Omega Force develop a proper sequel from the ground-up rather than doing a port – which would have allowed them to provide at least a decent ‘next generation’ experience in terms of visuals and gameplay. Two areas where Bladestorm: Nightmare does shine however is the awesome soundtrack and the inclusion of English dubbing in both the original and new chapter. 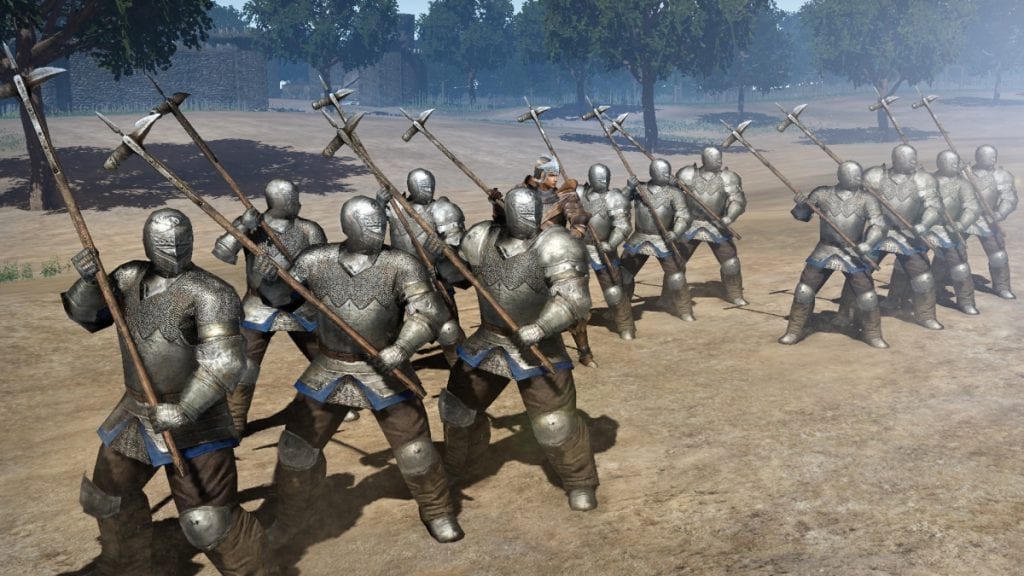 Although Bladestorm: Nightmare has some great ideas which helps set it apart from the button-mashing fests delivered in Omega Force’s other Koei Warriors games, the overall experience it delivers can quickly come across as repetitive and lacklustre depending on your playstyle and in-game actions. The new storyline introduced in this enhanced edition are certainly much more appealing than the original, but the aging visuals could have used a redesign or more fine tuning after eight years. This is a game I would love to see recreated from the ground up (As Bladestorm 2 for example), as there are some concepts present worth investigating for future versions. But as it stands, I would much rather play something like Dynasty Warriors 8 Empires or Hyrule Warriors. 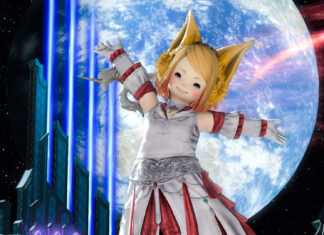 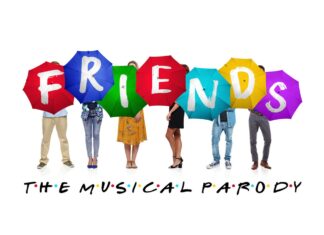