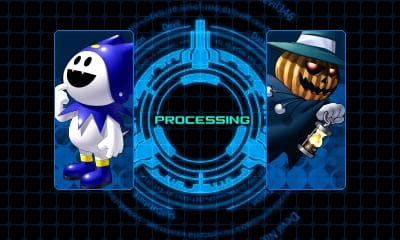 With the jump to the Nintendo 3DS, Devil Survivor 2 Record Breaker will feature both SpotPass and StreetPass features when it launches in North America during May 2015. This will allow players to unlock features via an internet connection and when passing players whilst out and about or at conventions.

While it is uncertain if ATLUS USA will be able to offer the DuRaRaRa!! collaborative content which was unlockable in Japan post-launch, the company have confirmed they will be rolling out several waves of SpotPass content once the game launches in North America. This feature will allow players to earn a “whole ton” of new demons to fuse. Therefore, if you were looking for a Tyrant Lucifer Frost or Wilder Catoblepas, they will be made available at some point through SpotPass. It will also be possible to unlock a “helpful magic skill” a “powerful normal skill” and a “recommended physical skill” added to your character’s skill pool through StreetPass.

When you StreetPass with other Demon Summoners, it will grant your demons access to various stat and skill bonuses. These skills and stat points will be chosen at random, so it won’t be possible to attend a convention with thousands of people and hope to max one particular demon’s stats. That being said, these stat boosts may assist you in beating that one troublesome Septentrione which is preventing further progression through the game.