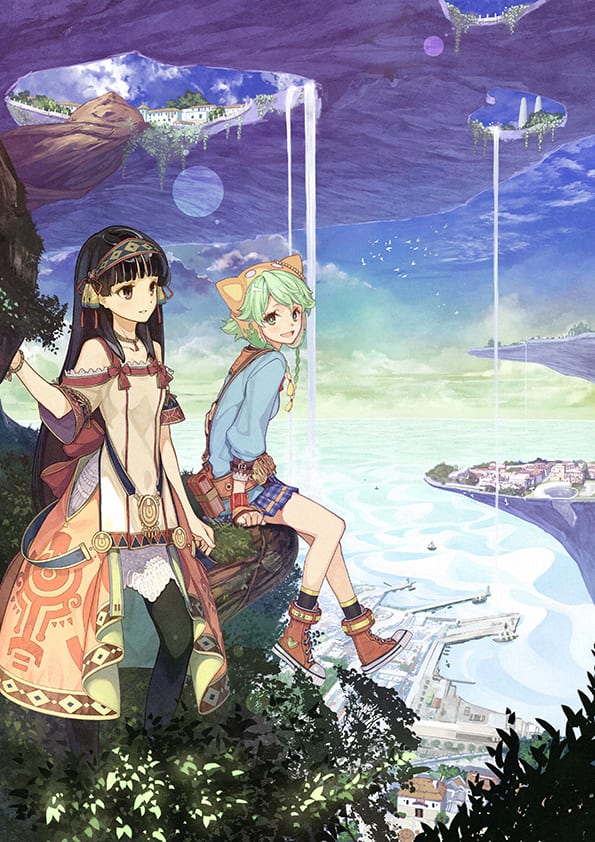 As Tenetan kindly pointed out to me in a comment on my article about Japan’s newly announced Atelier Rorona 3DS, Koei Tecmo had plans to make two Atelier series announcements today. I can happily confirm that the first one is for their North American / European plans to publisher Atelier Shallie: Alchemists of the Dusk Sea on PlayStation 3 consoles starting next year.

This instalment serves as the final chapter to Atelier’s Dusk series that began with Atelier Ayesha, bringing with it a plethora of new features based on community feedback and new systems that are attempting to combine “easy of entry for newcomers, with the choice to advance gameplay for long-time fans”. The battle system plans to work on strategy and speed, the time management system has designed to be free from restrictions which will allow for unlimited play time, and there is also a new quest system which will allow players to take on either the bare minimum of assignments necessary to progress or take on more engaging and challenging quests.

In Atelier Shallie: Alchemists of the Dusk Sea players chose to play as either the reserved, mission-focused Shallistera, daughter of a tribal leader who embarks on voyage to find a cure for her ailing father or ambitious, energetic Shallotte, who has been struggling to bring success to the alchemy workshop since the passing of her father. While their personalities and appearance are drastically different, they both share the nickname “Shallie” and uncover the reasoning why along each of their journeys— the dual main character system has been improved with separate stories and multiple endings for Shallistera and Shallotte. It is a shame that they decided to include two female characters however, as I was quite fond of how Gust handled Logix in Atelier Escha & Logy.

Mark your calendars, as Atelier Shallie is set for release on March 13th 2015.

Note: While no release date has been confirmed, it is assumed that Mindscape will be publishing this game around the same time in Australia and New Zealand.