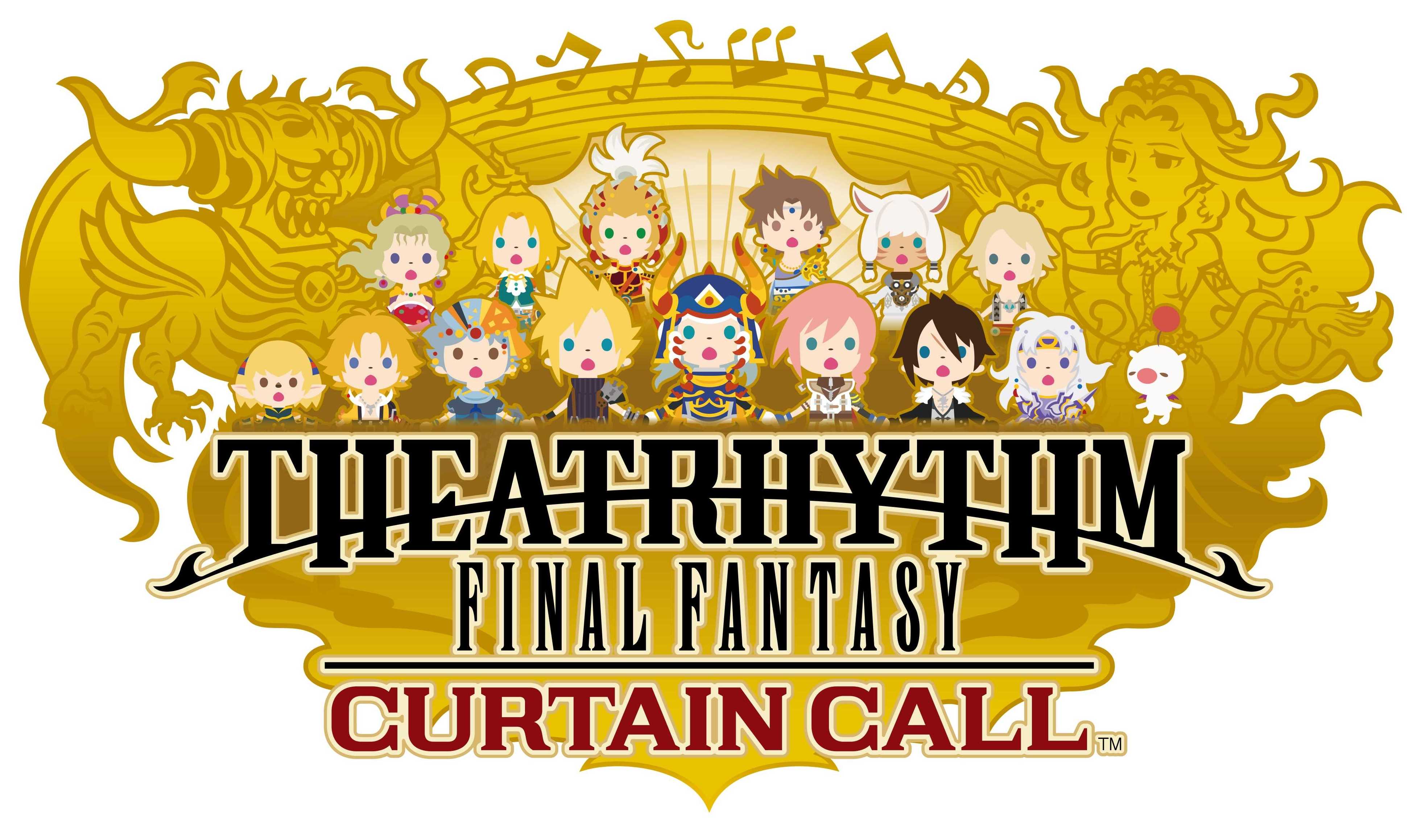 When it was first released in 2012, Theatrhythm Final Fantasy gave fans for the popular RPG franchise an opportunity to take a long walk through the musical history of the series’ first quarter-century of games. Yet with a poor number of tracks actually available on-disc, it felt more like a casual stroll which passed over many of the standout tracks – with no more than three songs per game (I – XIII) and no attempt made at supporting the wealth of spin-off games with great music in their own right. Theatrhythm Final Fantasy: Curtain Call attempts to right this significant wrong by bringing a non-DLC tracklist of 221 songs, almost double the cross-over characters and a handful of new gameplay improvements.

With the exception of Somnus from Final Fantasy XV, all tracks from the original game make their appearance in Curtain Call. These original tracks are bolstered by a majority of the games having at least three field and three battle tracks, with more recent games also receiving a “movie” event track. This is usually a bare minimum however, with some games having ten or more songs split between the three categories.

Not only that, but they have decided to no longer limit the tracklist to just core games. Games and other media projects including Final Fantasy VII: Advent Children, Final Fantasy Tactics and (my personal favourite) Final Fantasy Crystal Chronicles also have a chance to shine. While there are a few songs that I would have liked to have seen that aren’t included in the list of 221 main songs and 50 DLC tracks, it is hard to complain about the sheer range of tracks on offer. This is the standard and quality we should have seen back in 2012, but better later than never. It doesn’t hurt that any thoughts about poor sound quality are quashed the moment the first song blares from your 3DS’ speakers, as the quality is top notch across the board. 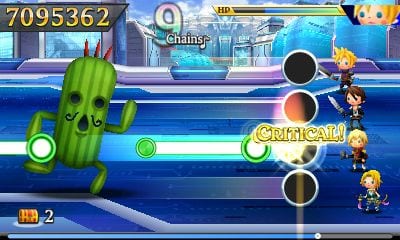 The core gameplay mechanics in Curtain Call have changed little since the original, with songs/stages once again split up into three categories. You have the “Field” mode where your characters walk (or fly) from the right side of the screen to the left while icons resembling touchscreen/movements presses fly towards you, “Battle” mode where your party of four appear in a classic Final Fantasy battle system and must once again press corresponding touchscreen presses, and finally “Event” move where a movie is played on the screen while you press buttons. While all three modes are highly similar, they offer just enough variety to keep things fun and not repetitive or redundant. One true testament to developer Indies Zero is that the rhythm to the touchscreen presses for each of the songs are very precise, even if the touchscreen itself can sometimes be tempermental.

One of the improved features in Curtain Call is the “Quest Medley” mode, a successor to the previous Dark Notes mode. This time around, players are provided with progressively unlocking, randomly generated quests where your party of four must traverse a world map and dungeon comprised of songs/bosses, with no healing in between stages. Not only was this a clever way of incorporating Final Fantasy into the rhythm genre, but it also worked well with the game’s StreetPass functionality. There isn’t any storyline to go with these quests, but do contribute to your “Rhythmia” total which is used to unlock new goodies including chimes (Touchscreen press sounds), “Event” music and crystals to unlock additional characters.

Less prominent is the “Versus” mode, where you can compete against AI or real players either locally or online. The fundamentals of it are decent, with the goal being to score a higher number of points than your competitor. To further complicate matters, both players can fling EX Burst skills at each other, ranging from ones that turn every non-Critical hit into a combo-breaking “BAD” hit, to randomly altering the speed each of the icons travel on screen. Ultimately however there is very little that separates players on anything other than Ultimate difficulty in my opinion, and is possible to lose by the most insignificant of margins. It is also a shame that they didn’t construct a battle system exclusively to the mode where both parties appear on-screen at once, instead opting to use the default battle system where opposing parties are represented by monsters. 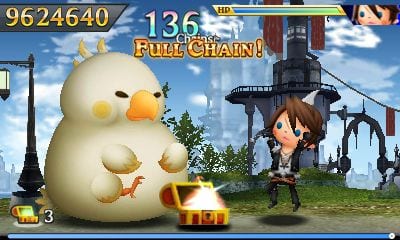 One of the better gameplay features which has remained unhindered in Curtain Call is how it effectively amalgamates the RPG and Rhythm mechanics into one game, without one aspect dominating the other. Not only can you form a party of four characters to take on the musical quests, but each of these characters also have their own special skill set / stats / experience bar. Therefore, there is some sense to choosing what characters to use in battle, with perks ranging from special abilities to take down enemies with to stat boosts which could determine if you succeed or fail a rhythm battle on the highest difficulty setting.

Another significant pro of Curtain Call is that the adorable chibified designs for characters and summons remain, with more than 60 players for you to unlock and add to your party. Every character has accurately been replicated, and clearly a lot of effort went into making them look perfect and adorable. My one gripe is that while there were characters that deserved to be added to the mix, some characters including Yuna and Lightning have multiple versions instead of say…. adding Lulu and Fang into the mix. Each of the games included in Curtain Call also have their own dedicated environments for both Battle and Field stages that are often song specific. Using Final Fantasy XIII-2 as an example, playing the song “Historia Crux” sees your party wandering through the Historia Crux while the track “Groovy Chocobo” places them in Sunleth Waterscape (300AF). This attention to detail was very welcome, and while not overly elaborate did help further diversify the experience.

While the core gameplay may not have changed at all in the last two years, Theatrhythm Final Fantasy: Curtain Call is a significantly better experience that highlights what the development team should have put into the first Theatrhythm game. Simple yet addicting gameplay coupled with a diverse range of original music from the series’ history make Curtain Call a worthwhile purchase for anyone who, like myself, has loved the sheer range of music that Final Fantasy games have brought us and become renown for over the years.