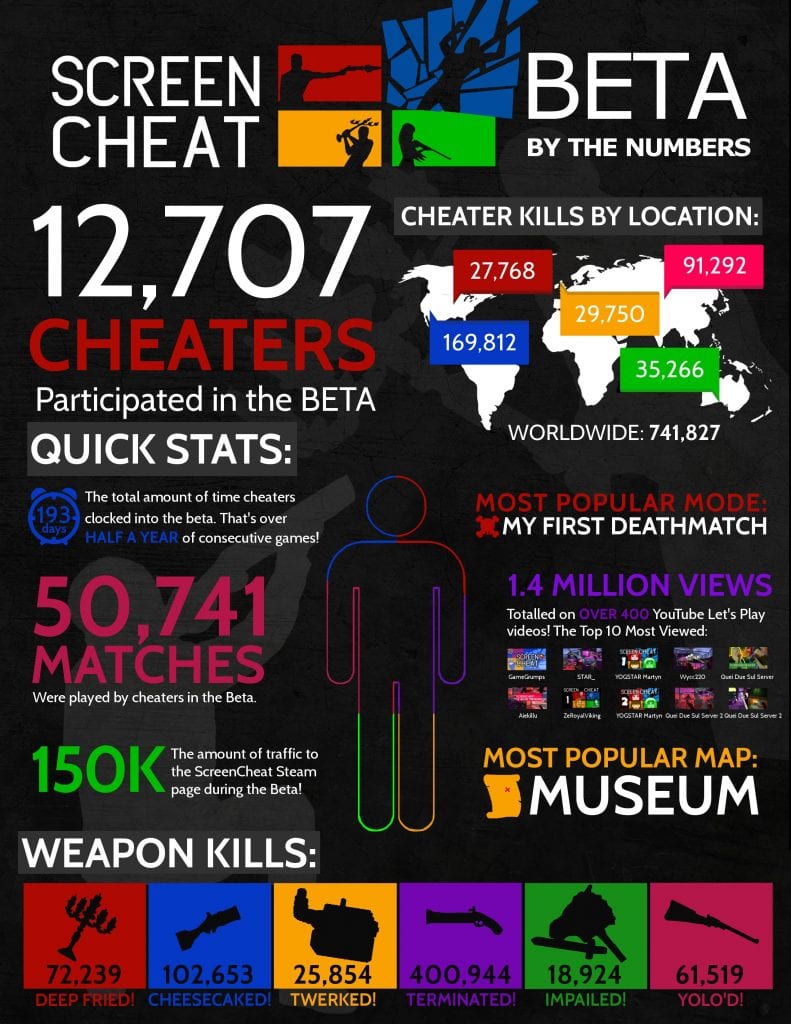 No longer will friendships be ruined due to poor sportsmanship in split-screen shooters, because in Screncheat everyone is invisible. When you can’t see your foes, you’re only choice is to screen cheat in order to win!

More than 12,000 gamers battled it out during the Screencheat beta testing period last month, with players using their “screen cheating” skills to rack up hundreds of thousands of kills over 50,741 matches.

With the game’s beta period now well underway, the teams at Samurai Pink and Surprise Attack Games have decided now is the time to confirm its finalized release date. Gamers will be able to purchase and download Screencheat through Steam when it goes live on October 21st, 2014.

Those who pre-order Screencheat will earn themselves a 34% discount off the game, and be able to continue their time in the Screencheat closed beta test right up to its official launch next month.