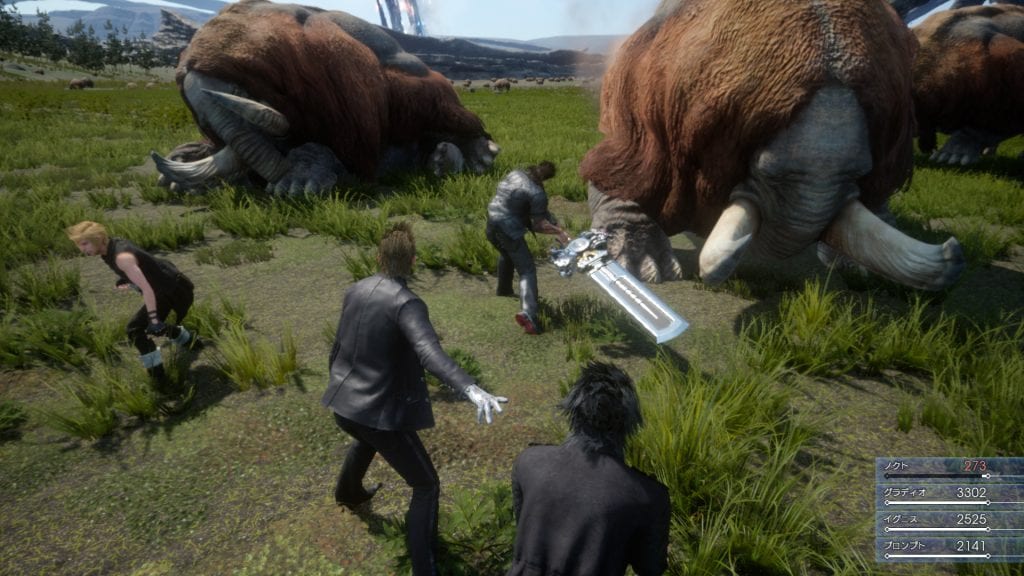 Given how little we have seen of Final Fantasy XV over the last eight years, the Final Fantasy XV: Manliest Road Trip trailer released for Tokyo Game Show 2014 would have been more than sufficient to maintain interest in the upcoming current generation RPG.

Square Enix have however decided to release an additional set of screenshots from the upcoming Episode Duscae demo which will be included in copies of Final Fantasy Type-0 when it launches next year. These screenshots showcase Noctis and his entourage as they come across familiar denizens in the franchise, including a larger-than-life Adamantoise, a lumbering Garula herd, and mischievous goblins. Fans can also catch a glimpse of Luna, who plays a pivotal role in the story.

All the screenshots have been sourced from in-game footage.