Tales of Xillia 2 could easily be compared to the PlayStation 2 release of Final Fantasy X-2. Both games were released after the success of their predecessors in a fraction of the time a core game would, and while much of the core characters, locales and lore is retained, there are improvements and changes made across the board in order to keep things fresh. While it isn’t perfect and doesn’t seem to have even been planned until the highly successful Japanese launch of ToX1 back in 2011, there is much to appreciate about during another jaunt in the worlds of Rieze Maxia and Elympios.

Tales of Xillia 2 takes place one year after the events of Tales of Xillia. Jude and his companions have all moved on with their lives, with some taking on careers vastly different from what they did previously while others work towards bettering and improving the now joined worlds given the schism separating them was destroyed. While everyone may have gone their own ways, they all come together to help a new friend achieve a mission that quite literally destroys (alternate) worlds.

Similar to the route taken in Tales of Symphonia: Dawn of the New World, Tales of Xillia follows a brand new main character while shoving all previous characters into the supporting role. This time around, players take control of (mostly silent) male protagonist Ludger Kresnik, who teams up with a young girl by the name of Elle Marta to go to the mythical “Land of Canaan”, where any wish is said to be granted. After a number of events, including the duo ending up in a train accident that lands Ludger with a 20,000,000 Gald Debt (This is not just a plot twist they will let you forget about), it is discovered that he has the Chromatus ability that is handed down to scions of the Kresnik household. This sees him hired by the same organization as his brother to dispel “Fractured Dimensions” which pose a risk to the integrity of the “Prime” dimension. Joined by Jude and other familiar faces, they work towards their goal of destroying these Fractured Dimensions and reaching the Land of Canaan. 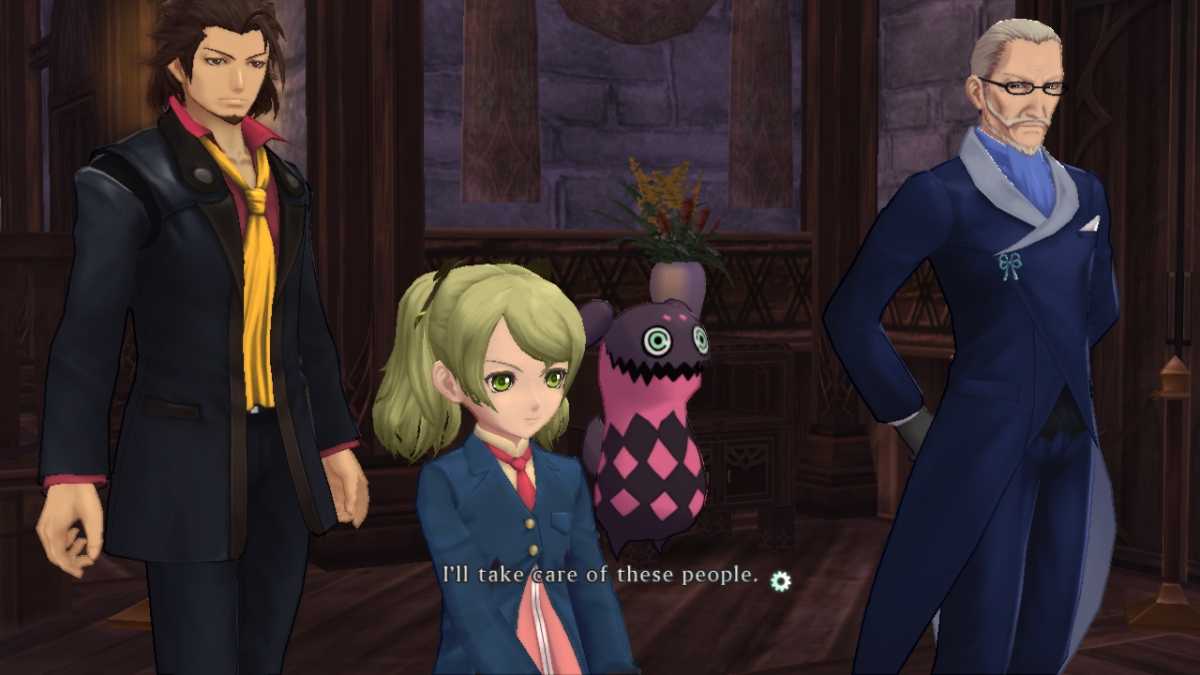 Tales of Xillia 2 takes some warming up to, with the first hour primarily spent either running around a bland tutorial environment with little storyline attached to it, or running up and down the same segment of train multiple times with only vague hints at what is going on. Fortunately once you make it past this point, the storyline does get progressively better, and delivers an experience that is just as memorable if not better than the first game. While it is unclear if a sequel was intentional, ToX2 doesn’t feel like it was simply tacked onto the end of ToX1 in order to get more money by fans, but feels like a well thought out extension to the original plot.

Much like ATLUS’ Persona games, Ludger has been designed as a “Silent Protagonist”, with most of his vocal roles being one-three words long or simple grunts. Instead, players are presented with two dialogue/decision options during the game which can lead to different explanations from characters or improving relationships with the eight original characters (6 original party members + Gaius + Muset). In addition to the core storyline, each character also has their own five-party chapter which focuses on developing them and on occasion other characters. These chapters are done outside the main chapter, and can involve a small series of dialogues, a mission or going into a Fractured Dimension which just happens to hold some relevance to them. Improving character relations doesn’t only unlock additional skits and trophies, but also Dual Mystic Artes and has a significant role in the post-game EX Dungeon. Depending on your dialogue choices in the closing chapters, it can also lead to one of three possible endings – Good End, Normal End and Bad End.

With only a year of development time between ToX and ToX2, very little has changed in terms of the design department. The visuals are of the same quality as before, and a majority of the game takes place in areas visited during Tales of Xillia. A number of new areas are made available in Elympios, however for the most part they aren’t anything special in comparison to areas carried over. What did impress me however was that they took the time to provide every character with a new wardrobe, with a number of characters (Particularly Ludger) receiving multiple costume designs unlocked during gameplay. During the post-game dungeon you can also unlock costumes which allows you to convert any character into one of a number of NPC characters (Eg. The Chimeriad). 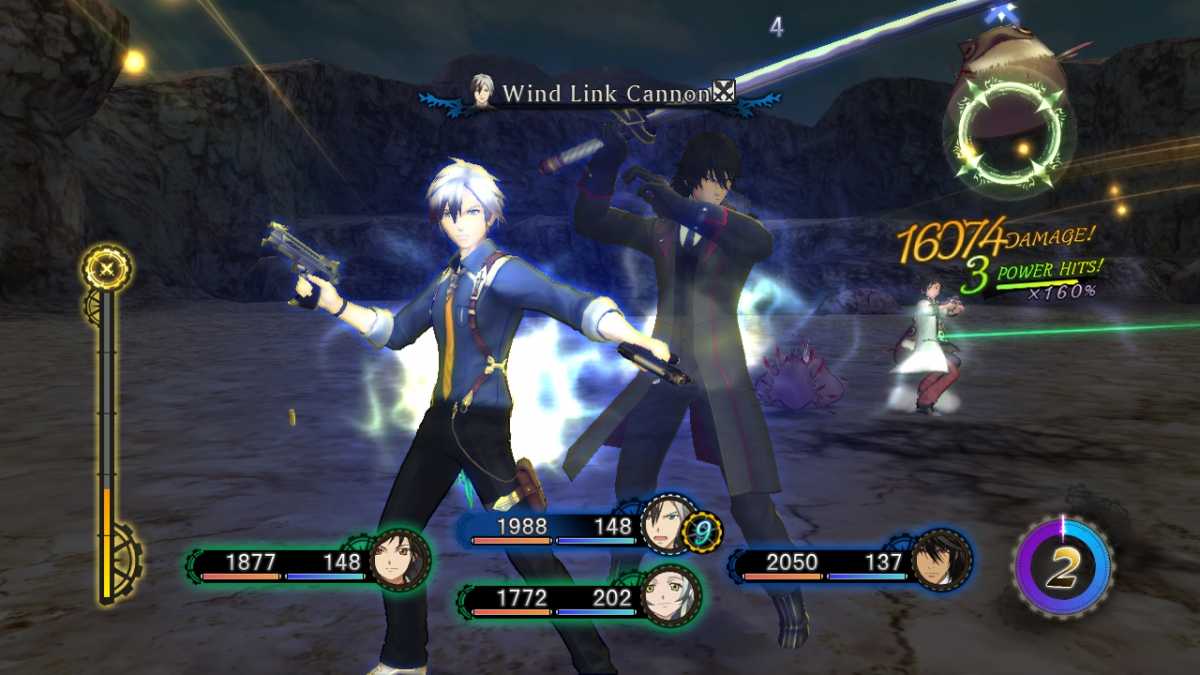 With only one protagonist this time around, Bandai Namco only commissioned a single opening animation, with the theme song titled Song 4 U by Ayumi Hamasaki. The theme is once again very enjoyable, with strong animation once again provided by ufotable in this and other animated cutscenes throughout the game. The remainder of the musical backing in Tales of Xillia 2 is a mixture of original tracks from the first game, and a sizable compilation of tracks composed exclusively for the sequel. The quality is consistent, even if it couldn’t be considered the best you can find in JRPG’s.

While Bandai Namco chose to retain Ayumi Hamasaki’s voice in the opening sequence, they only chose to include a newly produced English dub for the voice overs. This is despite their recent efforts to include dual-audio or at least a Japanese dub in their recent releases – with dual-audio in Tales of Symphonia Chronicles and exclusively the Japanese dub in Tales of Hearts R. Not taking into consideration that dubs seem to often come down to a personal preference, the English voice cast does a fantastic performance of their characters, coupled with an acceptable translation that shouldn’t leave players stumped about what is going on due to a localization issue. Unlike quite a few JRPG’s nowadays, the entire game is dubbed instead of just select scenes, and the VA’s match each the serious tones throughout the latter half of the story, the comical commentary made during the various skits that have become a staple in any Tales game, and everything else in between.

One of the things I personally liked upon starting Tales of Xillia 2 for the first time was that the initial battles (Which are often a bore for RPG’s) didn’t leave the impression that all returning characters had lost their abilities during their year of respite. The initial battles and beyond are much faster paced, slightly more challenging and offer fights against much larger foes than the first – and feels less like they are guiding you through a series of bland / unchallenging battles to warm players up for the first quarter of the game. While the concept behind ToX2’s battle system differs very little from the original, there are several improvements to the new Cross Double Raid Linear Motion Battle System (or XDR-LMBS for short) that sets it apart from other games. Unfortunately many of these improvements will leave you better off controlling Ludger and setting the other characters to auto. 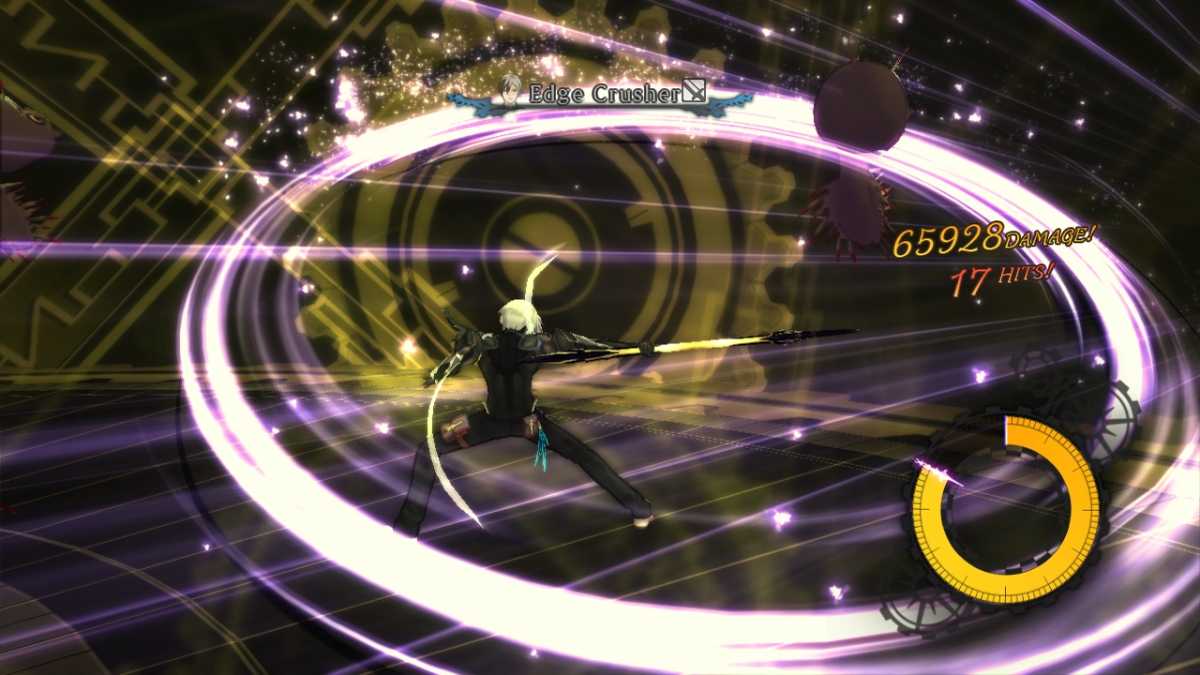 Ludger is given access to not one but three different weapons from early in the game, starting with dual blades and later extending to a hammer and dual-pistols. These grant Ludger, who is locked as a battle participant throughout the main game, the capacity to change weapons depending on an opposing enemies strengths/weaknesses. Later he is also able to use his Chromatus ability to, after a period of time, transform into a powerful entity which holds the potential to easily take down most normal mobs and slash a large chunk of a normal boss’ HP. Other than these few changes, Tales of Xillia 2 should be pick-up-and-play for anyone who has previously played a Tales instalment using the Linear Motion Battle System. It is just a pity that the game not so casually nudges you into playing as the one character, with Ludger’s battle capabilities quickly outweighing the others. The battle system is however enjoyable, and provides many memorable battles in the latter stages of ToX2. This is particularly good because of the next discussion point.

As mentioned in the “Storyline” section of this review, Ludger amasses a 20 million gald debt in the early stages of the game. This wasn’t some convenient plot twist that the writers would simply let you forget about. While you won’t have to necessarily pay off all 20 million gald to complete the game, every time you complete a mission you are obligated to pay off a particular portion of your debt to remove travel restrictions placed on Ludger and continue with the next chapter. To earn money to pay your debt, you have an option of selling your spare items, undertaking a character episode which provides a decent sum of gald at the end or undertake one of the game’s hundreds of quests which often come down to collect X or defeat Y. While this is clearly to stretch out the amount of time it takes to finish ToX2, as someone who likes enjoying the story, I found the excessive grind to be little more than a hindrance. Nothing ruins an experience more than getting into the story, then being told you have to sidetrack for several hours completing mediocre tasks. This is one aspect of the game which should be struck off the ideas board for any future instalments.

Another significant change to Tales of Xillia 2 is the change of skill system, shifting from Lilium Orbs to Allium Orbs. This system provides all the learnable skills for any one character over six elements. By equipping a specific ‘extractor’ tailored to between one and six of these elements, they can learn skills/artes by building elemental points for each of the elements. It is a complex means of powering up characters that is more than just clicking “Auto” every time the character levels up, and was a welcome shift from the original system. While it is all well and good giving your top four characters the best Extractors, the game regularly forces you to use pre-determined characters for each chapter – meaning that it is also essential to balance the skills of each character so one or all three other members of your party aren’t left powerless. 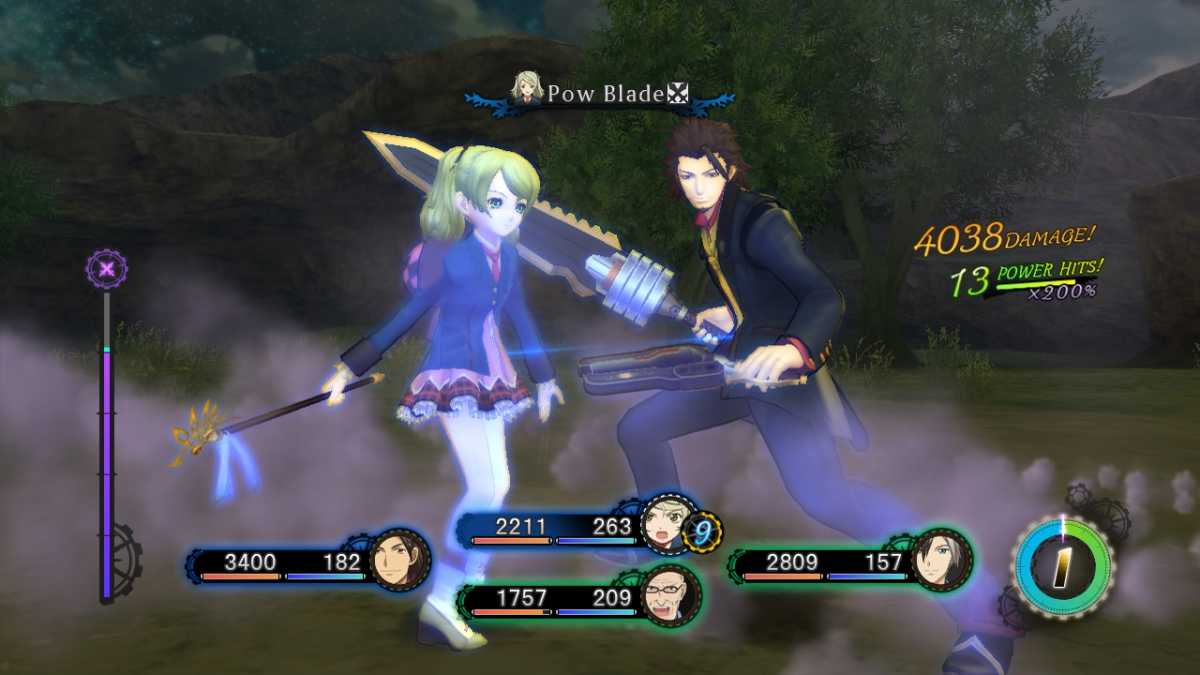 Final Words on Tales of Xillia 2

While there wern’t many significant improvements made to Tales of Xillia 2 over its predecessor, the game nevertheless serves as a welcome sequel with an emotional and engaging storyline, complemented by its fast-paced battle system and end-of-game extra content / trophies to unlock. While it could have done without being unnecessarily padded out by the debt system and could have stood to have featured a few new areas to visit in both Reize Maxia and Elympios, Tales of Xillia 2 should still provide a memorable experience to anyone who enjoyed the first.