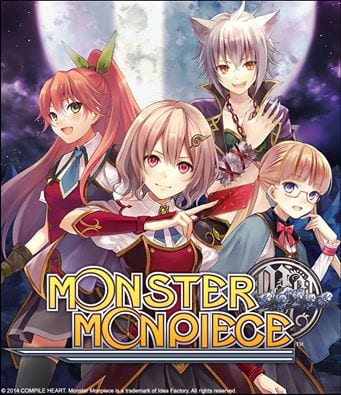 A number of issues ended up arising from the European downloadable edition of Monster Monpiece on the PlayStation Vita that were not present in its North American edition. It has taken a month, however publisher Idea Factory International have announced that a brand new release of the game is now available on the PlayStation Store, and they are encouraging all gamers who have already downloaded the game to re-download it.

The company’s official statement is available below:

Dear Monster Monpiece fans in Europe,We were made aware of some gameplay issues that the European version of Monster Monpiece was encountering. During this past month, Idea Factory International and Idea Factory were working together to find out what the issues were so that we could address them. We are happy to inform fans in Europe that there is a new version of Monster Monpiece now up on theEuropean PS Store. The new version of the game can be downloaded free of charge if you already purchased the game the first time around. We apologize for any inconvenience this may have caused, and we would like to thank fans for their patience with us. We hope that this newly updated Monster Monpiece will provide a more satisfying game experience!