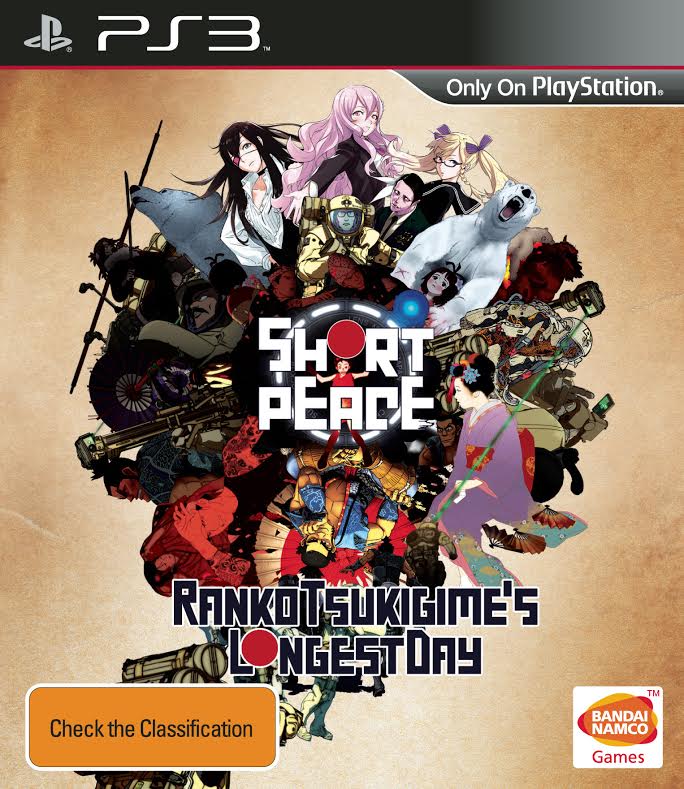 Namco Bandai Games have confirmed that they will be releasing SHORT PEACE: Ranko Tsukigime’s Longest Day internationally this Autumn exclusively to the PlayStation 3.

Offering an interactive facet to the animated movie compilation “Short Peace”, this title has been described as a “fast-paced 2D side-scrolling game” and is the fifth and final installment in the multimedia project which also encompasses the animated featurettes Possessions (Which was recently Oscar nominated for Best Animated Short Film), Combustible, Gambo and A Farewell to Weapons. Ranko Tsukigime’s Longest Day features direction by Suda51 and his Grasshopper Manufacture studio in collaboration with Crispy’s Inc.

So far, the publisher has shared this brief synopsis of the story, and I hope to share more on the game with you in the lead up to its release in the next couple of months:

By day, Ranko Tsukigime is a slightly arrogant high school girl who lives alone, but at night she is a deadly hitman who coldly assassinates her targets.  One fateful night as Ranko heads out to eliminate her next target, a demonic enemy organization creeps up and threatens the lives of Ranko and her friends. Players will put their skills and quick judgment to the test in an electrifying platforming gameplay that will have them blazing through dangerous, obstacle-ridden environments to run from an ominous enemy looming close behind.