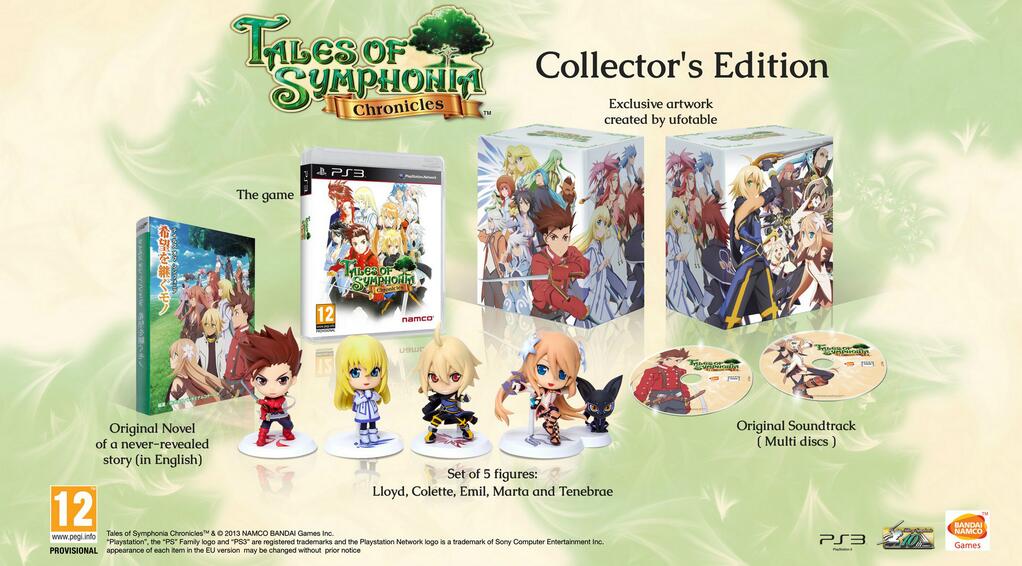 One of the unfortunate things about residing in Australia is that if you want to pick yourself up a limited edition release of a game, you have only the shortest period of time to put your money down for a pre-order else you will end up missing out entirely. My Bravely Default Limited Edition with the PAL-region exclusive “death stare” Agnès figure for example set me back $150 and was apparently out of pre-order stock after only a couple of days.

Unfortunately the same thing has happened with the Tales of Symphonia Chronicles collection, with publisher Namco Bandai Games Australia today confirming on their Twitter account that stock has been depleted, quite possibly for a while now. At this moment there is no word on any plans to release any of the content, particularly the original novel, separate from this collection.

Tales of Symphonia Chronicles is set to be released on the 27th February 2014 at a market price of approx $89.95 AUD.