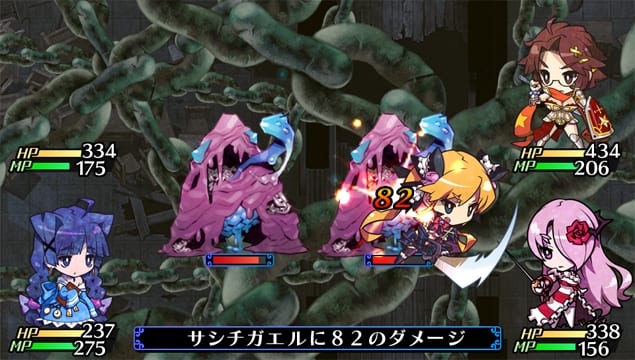 Do note that as this is a review of the Japanese release, the storyline will not be discussed in this review and given a default C grade

Given its content, Criminal Girls: Invitation will most likely never be released outside of Japan. Despite a small hint of a localized release appearing in the original PSP editions credits, it would inevitably be censored to a much higher degree than the bathing scenes were in Mugen Souls to suit the requirements of the ESRB. A request board on the official NIS America forums has drawn continuous user attention since its first post in August 2010 however, so maybe this may convince the publisher to take a leap (Although being mindful that if the request board was a strong indicator, we would have the PS3 editions of Umineko no Naku Koro ni already on store shelves. 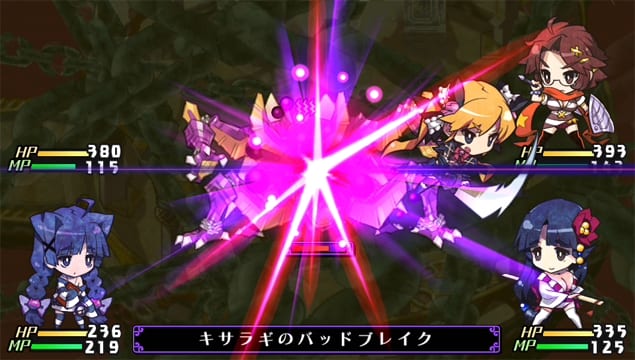 That aside, for those looking to import the game, Criminal Girls serves provides a rather standard dungeon crawling RPG experience with a decent battle system to work with. While the Punishment System has been enhanced from its earlier iteration and is visually nicer, the appeal can be short lived as you repetitively perform the same punishment to unlock skills and slowly make your way through the pink fog that shrouds your vision every time you want to to undertake one of the associated mini-games. Especially giving the number of characters you add to your party as the game continues and the OP (Ingame Currency) requirement to perform them, it can take a lot of time to skill up your characters this way as well.

Criminal Girls: Invitation can take you a good amount of time to complete, further enhanced by the new scenarios and characters included in this release. However aside from the Punishment System there is very little to set the game apart from the other dungeon crawling RPG’s that have been released in other years. 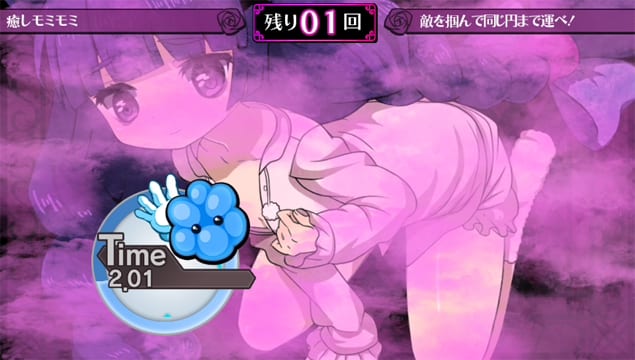