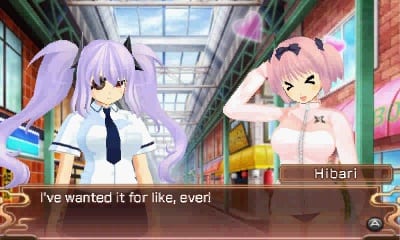 XSEED Games have recently announced that their anime-style ninja brawler, Senran Kagura Burst, has now launched on the Nintendo 3DS eShop in North America at the price of $29.99.

Senran Kagura Burst is a side-scrolling battle adventure set between two schools – Skirting Shadows and their rivals Hebijo Clandestine Girls’ Academy. The game allows players to take control of their chosen school’s five primary female characters on their quest to become fully fledged shinobi. Within the academy’s “Ninja Room” hub, character interactions reveal the thoughts and feelings of the students before and after each game mission. Adventure novel-style story scenes then precede other missions, offering a deeper look into the world of the Senran Kagura franchise, which extends beyond just the games to an anime and manga series in Japan.

Throughout the game, players will complete combat assignments for each of the main characters, including retrieval missions, multi-character battles and epic boss fights to advance the game’s plot. During combat, damage to the girls is revealed through the gradual destruction of their shinobi outfits, eventually leaving them in their bikinis when they’re in danger of being KO’d.