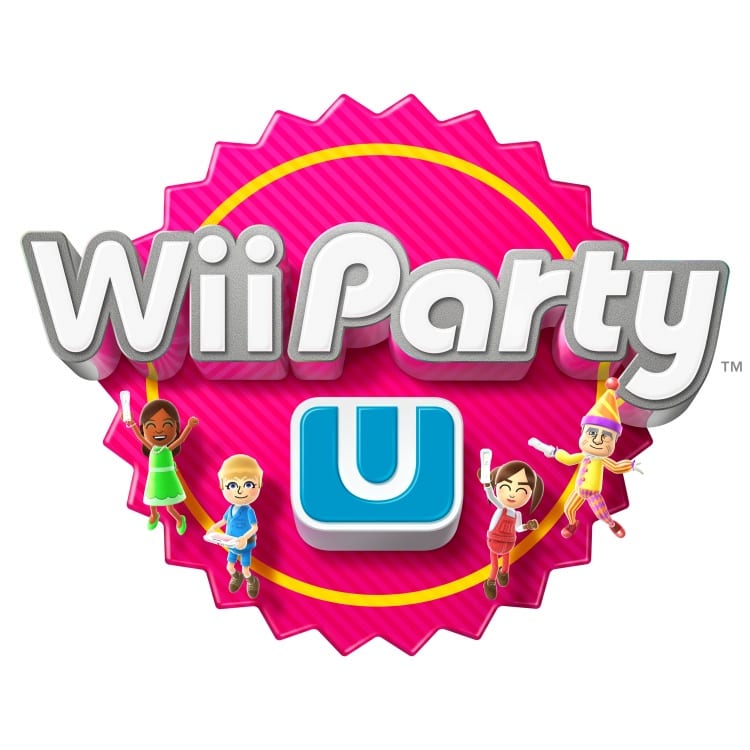 Those who have been reading The Otaku’s Study for a while now may be aware of my love for family oriented games, in particular the Mario Party franchise which I remember picking up on the first day it launched on the Nintendo 64 many a year ago. While the Mario Party franchise has produced rather lackluster installments on the Nintendo Wii, they also launched the side-series “Wii Party” which recently had a sequel launched on the Wii U. The difference between the two series? It really depends if you want to play as Mii’s or characters from the Super Mario franchise.

Wii Party U comes with all the staples that made the mini-game / board game genre great, however while there are quirky mini-games and an overall bright and colourful tone to the visuals that would make it appealing to the casual gamer and families alike, it falls short when it comes to board offerings – with only two you could actually consider half-fun to play with.

With Mario Party you are often given a series of different themed boards that have different events occurring throughout however many turns you are playing. The main board in Wii Party U was “Highway Rollers”, a single, linear and rather bland highway over the ocean where characters throw up to ten dice (Depending on success in the pre-turn mini-game) and swerve their way to the end. There is little in the way of random happenings, with the only negative impact near the end of having to throw dice to go a number of spaces back. In addition, no matter how badly you do in mini-games, Wii Party U always seems to want to be a mediator between disputes and no matter how hard I tried, it was near impossible to fall too far behind the other players – with them usually being hindered by blockages requiring particular dice throws. 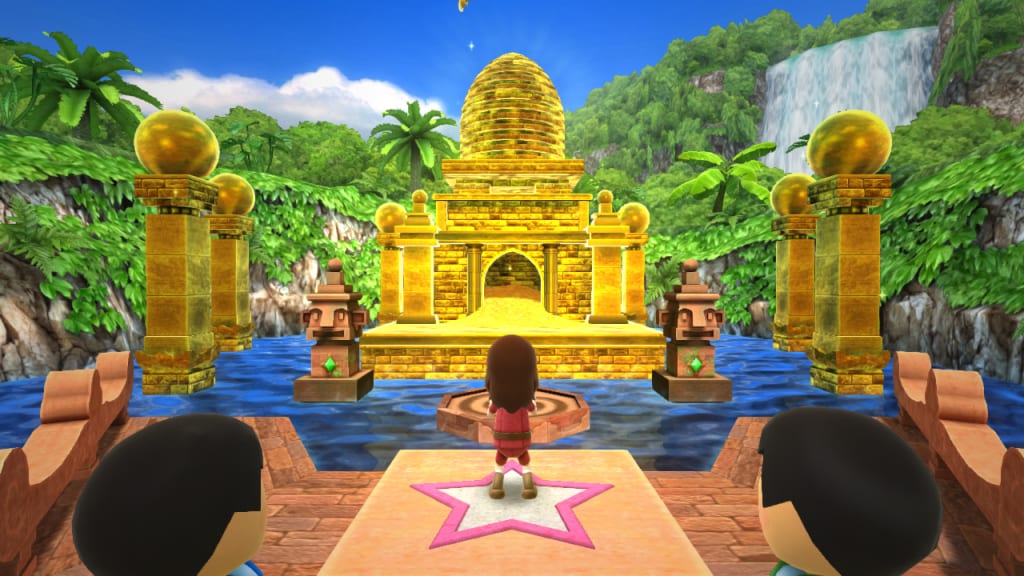 Fortunately “Highway Rollers” was also complemented by GamePad Island, a colourful environment requiring almost consistent interaction with the Gamepad between players to make their way to the end. The other “TV Party” boards were less successful including “Mii Fashion Plaza” where players wander around a small, rectangle shaped board to collect clothing for however many turns (My gaming companions gave up after four turns), The Balldozer which is a poor attempt to make mini-games worthwhile by giving players coloured balls and “Team Building” which requires each player to assemble a team of socer players based on Mii’s.

For those nights when you don’t want to sit around and play an excessively long board game, they also offer “House Party” mode, short 10-15 minute long games for between 2-4 players using the game pad. The quality of these vary from entertaining to “quit after three minutes”, but they are worth checking out and much more entertaining than half the TV Party mode. Also, I question the viability of “Dance With Mii” which requires players to dance in a circle around the GamePad… how many broken Gamepads due to foot damage will this game be responsible for (On the other hand, it makes for some enjoyable Youtube videos)?

Finally there is the GamePad party for two players, and are based on a number of different tabletop games – from animal matchup to tabletop Baseball / Foosball. While you cannot based the whole game on just these alone, they were possibly the most enjoyable out of anything on offer in Wii Party U. They also throw in a few games based on different types of mini-games as well, which also was more clever than just playing them by themselves.

and finally, the staple of any party game from Nintendo is the mini-games, with more than eighty on offer and a considerable variety of them – from 4 Player games to 1 vs 3 to 1 vs 1. Some of these include a cooperative game where two players must keep their cans in the air as long as possible through simple shooting mechanics, keeping a pile of presents balanced for longer than your opponents to a game where one player must scream into the Gamepad Microphone while other players standing above an amp must prevent themselves from being struck by the electricity above them. While the quality can vary and the amount of fun can depend on the people you are with, after so many similar games released on Nintendo consoles it is still surprising they manage to keep the games as fresh as they have.

Despite a few redeeming qualities to Wii Party U, it feels like they tried to distance themselves from what has worked in the past with the genre and attempted new things, which unfortunately hasn’t worked. The mini-games are enjoyable, gamepad integration is well thought out and the game is bright and colourful to suit the family gaming vibe… but unless you are playing with young children or have a lot of patience, then many of the TV and House Party games may tire very quickly and leave you wanting to play something different.

While Wii Party U scrapes its way as an average game with some redeeming features, this won’t stop me from breaking out the Nintendo 64 and playing Mario Party 1, 2 and 3 anytime soon.