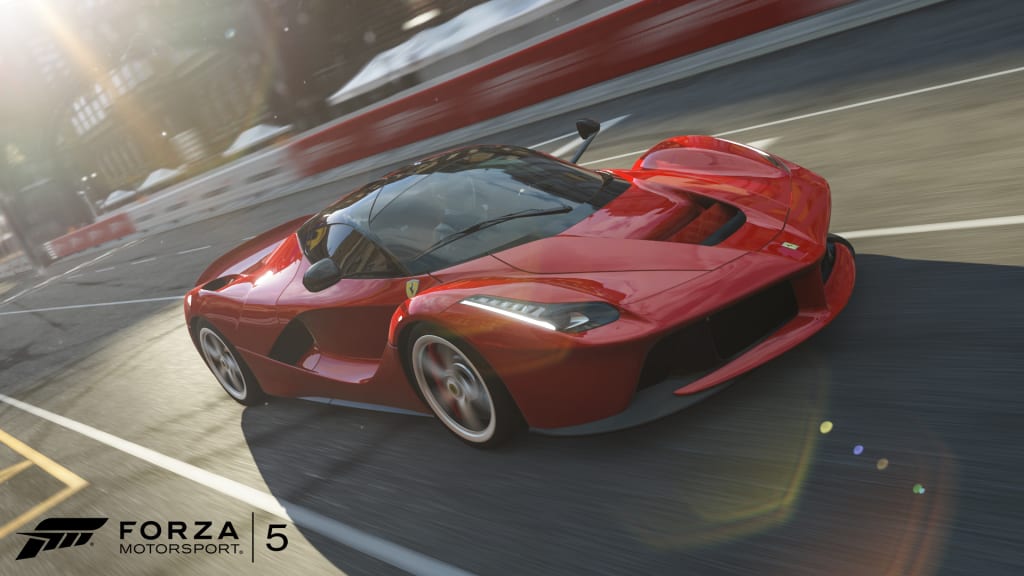 There is more than just the next generation console wars happening in the next month, with both Playstation and Xbox video game consoles set to receive a new release in their top tier racing games – for Sony it is Gran Turismo 6 and for the Xbox they have Forza Motorsport 5. However, their release plans are considerably different… with GT6 headed to the soon to be last generation Playstation 3 while FM5 is powering ahead as a launch title for the Xbox One.

While inevitably this will involve more money, developer of Forza Motorsport 5, Turn 10 Studios, have confirmed their continued support to the game and will be delivering new cars each month. Some cars will reportedly be available months before they hit the showroom floors, and for the first time ever all the cars will be available for inspection via the Forzavista mode.

The LaFerrari Car Pack, available on launch day for Xbox One and “Forza Motorsport 5,” is the first opportunity for fans around the world to enter the cockpit of Ferrari’s new hypercar. Powered by a 950-hp hybrid engine and limited to 499 global production units, when released, the LaFerrari will be one of the fastest and rarest cars in the world, and “Forza” fans will get the unique chance to drive the digital experience before anyone else (Even though few others will get to drive it in real life).