New Details Shared on Improvements Made to Gran Turismo 6

On the 6th December 2013, the next generation of Polyphony Digital and Sony Computer Entertainment’s renown racing game will be hitting store shelves for their (then) last generation console the Playstation 3. The company’s have today revealed a number of new and improved features and amendments made to this driving simulator which didn’t even need to rely on the typical “Prologue” release present in earlier installments.

More cars than ever before… GT6 features over 1,200 vehicles recreated in painstaking detail, including the current FIA GT3 category racers, supercars such as the Pagani Huayra ’11, historic classics like the BMW 507 ’57 and souped-up road cars such the Ford Focus ST ‘13. Each one has been designed with staggering detail, ensuring that each car looks, handles and sounds exactly like the metal equivalent. The collaborative ‘drive the future’ Vision Gran Turismo project has inspired a number of exclusive cars that will be released for the game periodically over the next year. The world’s leading car manufacturers such as Audi, BMW and Mercedes-Benz, along with leading brands such as Nike have joined forces with PDI to create concept models that will give a unique insight into the future of the automotive sector. These cars can’t be driven anywhere else – not even in the real world… yet! 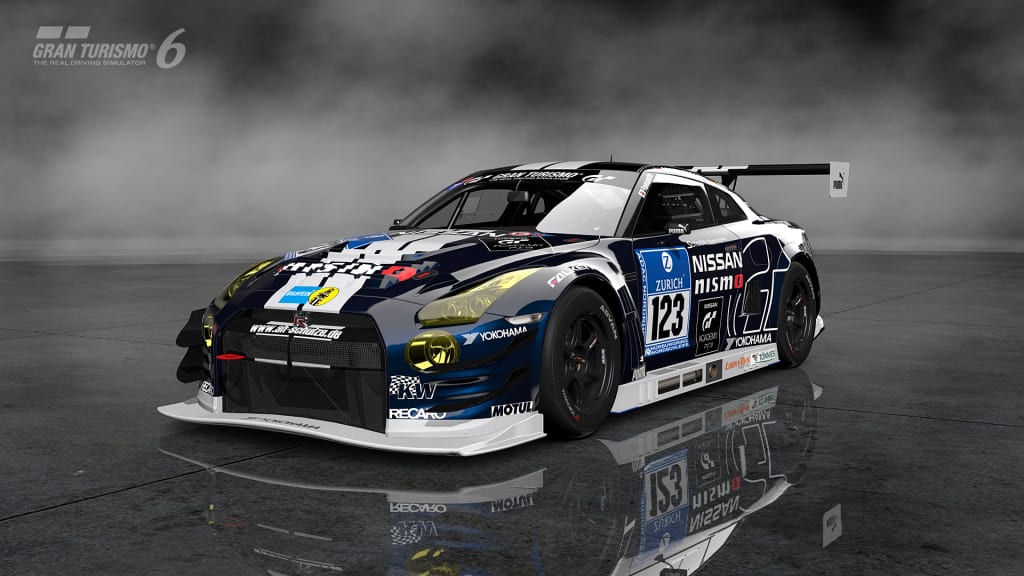 Finest race circuits from around the world…GT6 boasts more tracks now than ever before, with 37 locations featuring 100 layouts. With the introduction of new tracks such as Ascari, Silverstone, Brands Hatch, Mt. Panorama and Willow Springs, GT6 is poised to once again set a new bench mark for driving simulators, with each track having now been recreated to a precision of approximately 1cm or less in deviation from the real thing. PDI has even created a new Gran Turismo Arena, where players can set up their own series of hair-raising challenges and stunts.

New to GT6, an environmental simulation based on the longitude/latitude position of the track reflects the conditions of real life locations. So while you race the Le Mans 24 Hours in GT6, the night-time constellations match the sky from the 2013 race. The environmental changes that happen seamlessly according to the passage of time during gameplay is no longer just a recreation of a track, it’s the simulation of the earth itself.

An upgraded ‘Course Maker’ feature will allow players to create new tracks within the game when it is released through an update. An exciting addition to the functionality will be the inclusion of a new ‘GPS Logger’ mobile app for smart phone devices. Drivers will be able to record real GPS data from their own car and then recreate the route as a track in the game. The ‘GPS Visualizer’ also utilises GPS coordinate data from a real car on the real-life versions of the GT6 circuits. The data can then be imported into GT6 to create a ‘virtual’ replay image of your laps in the game.

For those players who really love to study the finer detail of their performance, the ‘Data Logger’ is something to look forward to. Available in a future update, this feature that will allow you to analyse the replay data that’s saved after driving in the game, with a graph showing speed, engine RPM, throttle input, gear position and steering angles. With all this data at your fingertips, you’ll be able to see where you’re losing time and improve your performance lap after lap.

Breathtaking accuracy ….To make the most of the vast array of cars and tracks, the technology within the game is a step above the already impressive Gran Turismo®5. A new physics simulator, new aerodynamics, suspension and tyre models, and incredibly high-definition rendering mean that the cars look better and react even more realistically with the track. Once you’ve experienced GT6, there will be no going back.

Games modes…GT6 introduces a variety of game play modes. The ‘Arcade Mode’ allows you to race against virtual competitors, take part in a single player time trial or drift trial, or have two players racing battles on a split-screen format. In the fan-favourite ‘Career Mode’ (formerly GT Mode), the player begins at the entry level and works their way through to higher racing licenses, just like a racing driver would in the real world. This is managed by a new star system for GT6, with in-game credits awarded for winning races and, as you progress through the game, you’ll unlock special events, such as an invitation to the virtual Goodwood Festival of Speed. 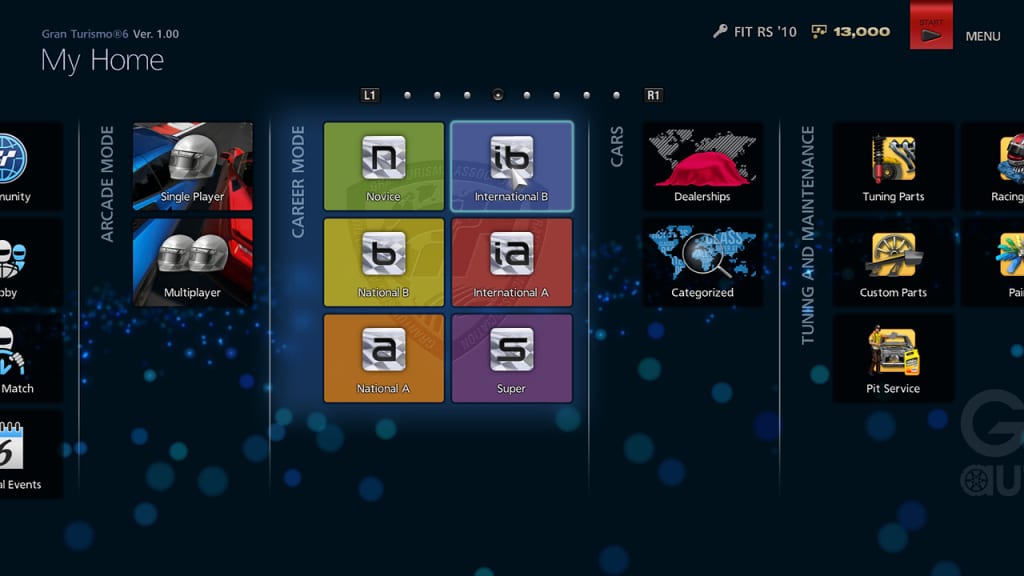 When you don’t have time for a full race, but fancy sneaking a bit of GT6 into your day, ‘Coffee Break’ events are fun mini games, such as the pylon knockdown event inside a stadium, and the eco-challenge to see how far you can drive on just one litre of fuel. You can play these as many times as you like, just try not to be late for that next appointment!

A revised ‘B Spec Mode’ will be available through an update to give players the chance to show off their strategic wizardry by working to the strengths of their virtual drivers and masterminding the whole race tactics for their team.

Online racing… GT6 is further enhanced by the deepest online racing experience to date, where the community of players can create their own clubs, chat in forums and organise race events for their members. Groups can choose a closed private club, or an open club that can be joined by anyone. The ‘Open Lobby’ invites up to 16 drivers to race against each other online.

If you just want to start racing right away, ‘Quick Match’ will set you up for a race as soon as there are enough participants. ‘Seasonal events’ will be staged during limited periods of time, with the combination of official races, time trials and drift trials, where in-game credits are awarded to the top finishers.

The best garage in town…. While ‘Car Dealerships’ display the available vehicles by manufacturer, ‘Featured’ dealers will specialise in cars recommended for particular racing conditions. Once you’ve formed your perfect garage, it’s now even easier to organise and manage than ever before. You can start free runs and change racing gear directly from the garage, and there’s a stockyard for you to store your prized vehicles that you don’t normally use but can’t bear to part with. Meanwhile, the tuning shop allows you to purchase tyres, suspension kits, brake kits, and superchargers using in-game credits, as well as tuning engines and car bodies. The pit service allows you to wash and maintain your car and engine.

For the ultimate petrol head, you can use in-game credits to purchase aerodynamic parts and over 82 types of wheels with 188 variations. More custom parts will be added over time, so you’ll never get bored of the look of your vehicles. Special paint items will be distributed in online events, and wheels purchased in custom parts can be painted to make sure your car looks just how you want it to. There’s plenty of choice for your driver avatar, too. Racing gear can be purchased with in-game credits and 34 types of helmet in 952 colourways, plus 28 types of a racing suit in 852 colour variations, ensures you’ll stand out from the crowd. Special racing gear sets resembling those of famous drivers are also available to purchase for those who wish to emulate their racing hero.

While sharing these details, Mr Kazunori Yamauchi, president of Polyphony Digital had this to say on their upcoming title “With the release of GT6 we are celebrating 15 years of Gran Turismo. It has been a privilege to have seen so many advancements made over this period, with GT6 now continuing to set new standards that blur the line between virtual and reality racing. With GT6 we will make it even more flexible and expandable by continuing to develop and add new content throughout its life.”