Super Mario 3D World Set to Launch in Australia From Tomorrow, Exclusively on Wii U 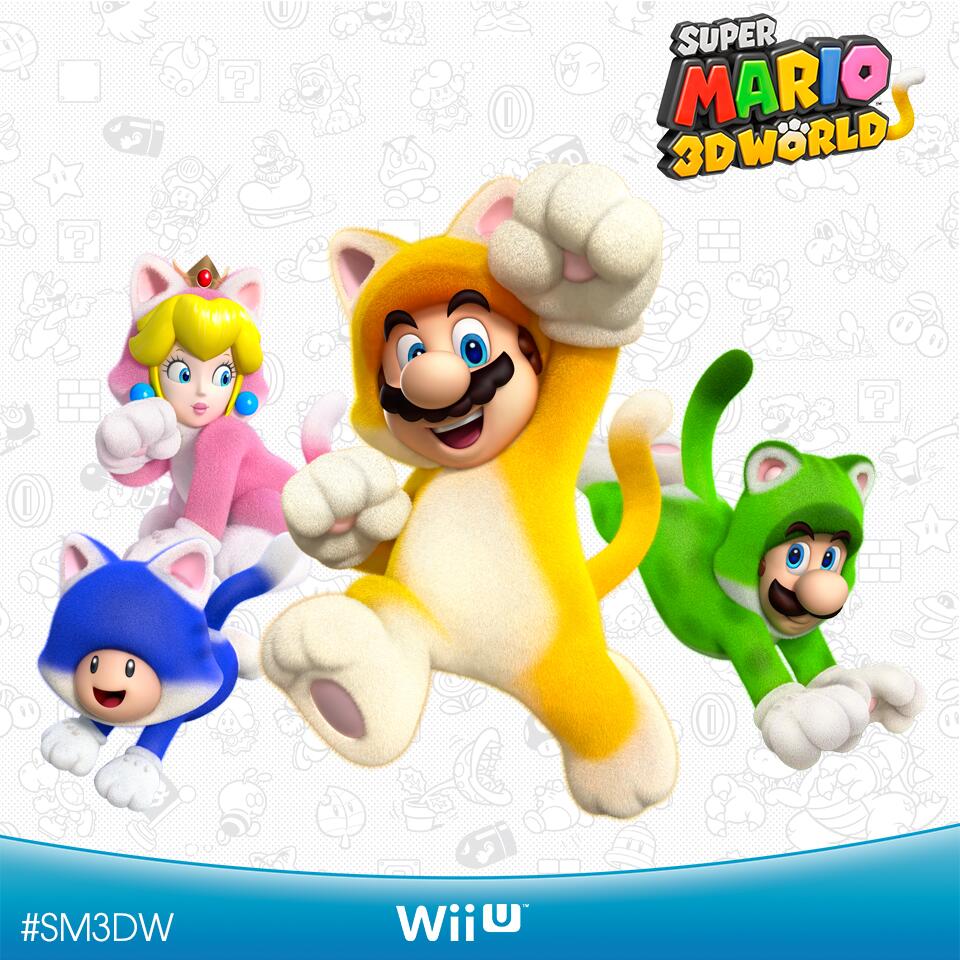 Nintendo of Australia are set to launch Super Mario 3D World exclusively on the Wii U from tomorrow, bringing with it new 3D multiplayer platforming mechanics, bright colourful visuals that the series has been known for and the opportunity to see what Mario, Luigi, Peach and Toad would look like if they were cats – even if they did decide to have Mario forsake his usual red colour theme.

Families and friends can all get together to save the little Sprixie Princesses who have been imprisoned by none other than Bowser, and utilize all manner of new power-ups and items in doing so. Use the Super Bell to transform into a cat, pounce on enemies and claw up walls, or don the Cannon Box to fire away at foes across over 80 brand new courses bursting with creative challenges for seasoned Mario fans and newcomers alike. Use the Wii U GamePad controller’s touch screen and microphone to find hidden secrets, or collect the Stamps that are hidden in every course and can be used on Miiverse to decorate your messages for fellow players.

While being available at retailers, they will also be publishing it via the Nintendo eShop, for those who don’t feel like leaving the home tomorrow.