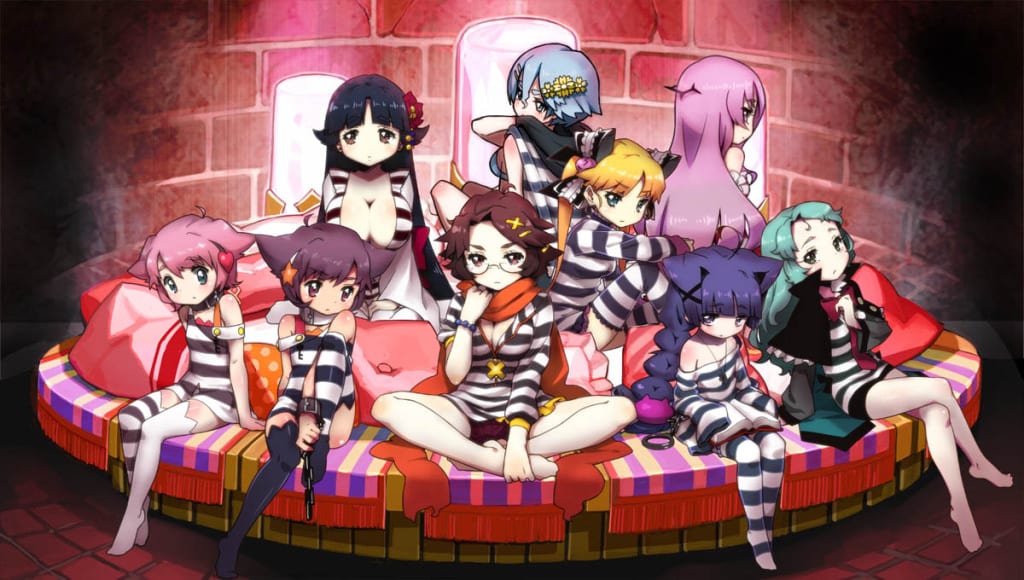 While a system loosely based on this was set to be included in their release of Disgaea 4 (and subsequently nerfed), one of the main draws to Nippon Ichi Software’s JRPG Criminal Girls was not the battle system, the dialogue or the visuals alone – but its inclusion of a punishment system. The title sets you in the role of a person who is left to lead a group of sinners to the top of a dangerous tower-like dungeon in order for them to reincarnate… and one of the ways to improve their proficiency in battle is to punish them.

This game drew enough attention to warrant an enhanced Playstation Vita port under the title Criminal Girls: Invitation… and one of the major enhancements in this release is what ways you can punish the girls. I warn you now that while there is no full-on nudity in this game (At least from what I can tell), there are some aspects of bondage and other things like that which may or may not make some readers uncomfortable).

It has been confirmed that two new punishments / disciplines in the game are through dripping slimy liquid onto your chosen character from a bottle, which will have an additional visual effect if they are wearing swimsuits. The second newly showcased punishment is the feather duster, which allows you to tickle the characters in their most “ticklish spots”.

The below screenshots also highlight a number of the newly announced changes including that changing punishment levels results in more revealing attire, a closer look at the “tights” accessory and a couple more images surrounding the Blindfold / Face Mask accessories announced in their last batch of screenshots. While limited information is known on it yet, a new chapter “The Garden of Evil Memory” has been confirmed which seems to focus on the newly playable characters.