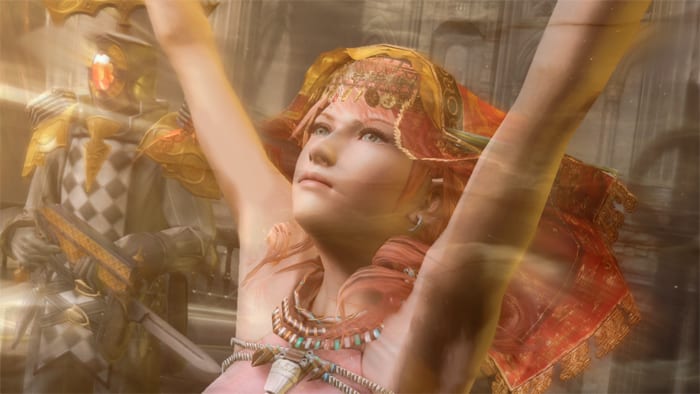 Rather than focus on Lightning, they have chosen to focus on former party member Oerba Dia Vanille. During the conclusion of Final Fantasy XIII, she along with Fang formed the crystal pillar that supported the Cocoon over Pulse – the only catch being that both of them were trapped inside it – their lives prolonged due to a crystal sleep. As Vanille opened her eyes from her long sleep, she realized she was given a special gift; she could hear the voices of the dead. Dubbed the “saint,” Vanille now spends her days under the Order’s protection in Luxerion.