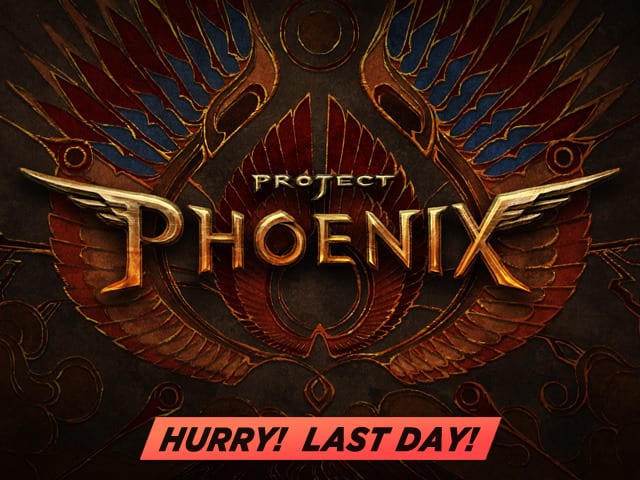 With less than 41 hours to go until the Project Phoenix Kickstarter campaign draws to a close, Creative Intelligence Arts earlier today confirmed that they have surpassed the $800,000 stretch goal up to over $844,000 as of this article. This latest milestone entitles backers to an official Project Phoenix poster for those who ordered physical copies and a digital copy for those whose rewards include only the digital copy. The next stretch goal at $1,025,000 will provide gamers with access to a fully explorable overworld complete with an upgraded combat transition.

In addition to the milestone, Project Phoenix has forged a partnership with the Japanese figurine manufacturer Good Smile Company, known for being one of the largest manufacturers of games and anime figurines for franchises ranging from Touhou Project, to Attack on Titan, to Valkyria Chronicles.  Together, Project Phoenix and Good Smile Company will create a 1/8 scale figurine of the Elven Pathfinder Sylrianah. Unfortunately this goodie doesn’t come cheap, and can only be obtained by pledging through the Project Phoenix Kickstarter through a $950 pledge tier or through Paypal after the end of the Kickstarter campaign.

We are extremely grateful for the passion, enthusiasm, and generosity of our backers. Our fans have shown time after time again that they are excited by our mission to revive the JRPG genre.  Furthermore, we’re thankful that a reputable company like Good Smile has faith in our ability to succeed and we are excited to be working with them to bring one of our cherished characters to life!

If you wish to pledge to the Kickstarter campaign, head HERE.