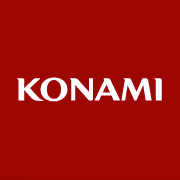 Konami Digital Entertainment have announced the opening of their new development studio located in Los Angeles. The studio has been set aside to be an integral force in the development of a variety of games including installments in the legendary Metal Gear Solid series developed by Kojima Productions.

Mr. Hideo Kojima, Director of Kojima Productions had this to say on the announcement: “As gaming takes the world stage as one of the greatest forms of entertainment, it’s only natural for us to expand our operations across the globe. And since Los Angeles is ground zero for the best studios, facilities and world-class talent, we are leaning on of these local resources to build an incredible team to create gaming experiences that are just as compelling as any film or television show.”

Following this statement, Mr. Tomoyuki Tsuboi, President of Konami Digital Entertainment had this to add: “The Los Angeles studio emphasizes Konami and Kojima Productions commitment to expanding our development footprint. The new studio will put Kojima Productions in the heart of the west which will benefit future releases as it will introduce new talent and creativity to the development teams.”