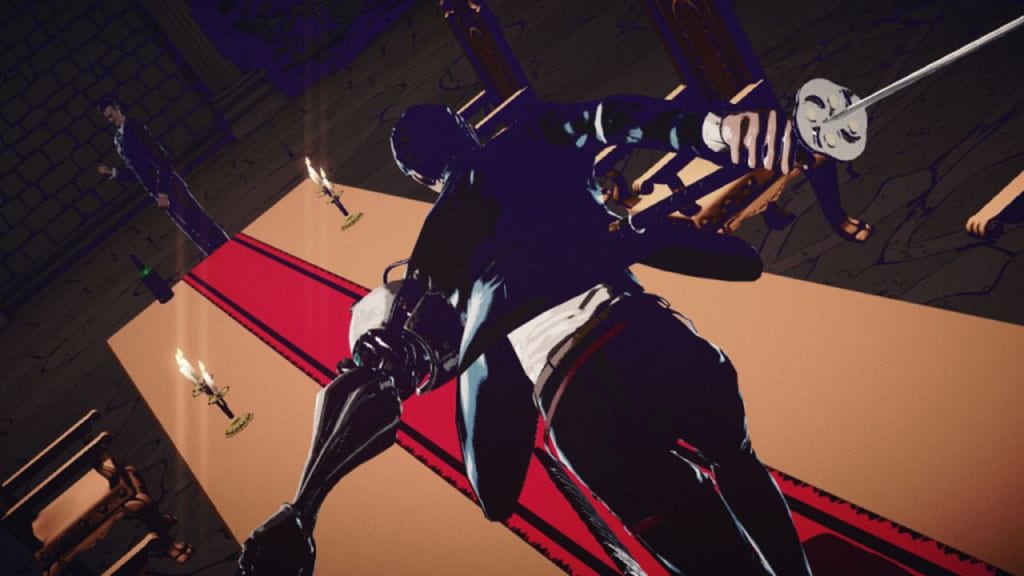 XSEED Games have today announce that the latest title from SUDA51 and his Grasshopper Manufacture Studio, Killer is Dead, is now being shipped to retailers across North America for the Playstation 3 and Xbox360 video game consoles.

Available at a recommended retail price of $59.99, all physical launch copies of the game come packaged with an 80-page hardcover art book, a soundtrack CD containing 25 songs, and the ‘Smooth Operator’ add-on content pack containing bonus in-game goods including ‘Gigolo Glasses,’ an alternate costume for Vivienne and Mika, a bonus ‘Gigolo Mission’ with Betty, and an entire additional episode with the vampiric Sebastian. For those who want to save $10, a standard digital edition of the game will be available from today on the Playstation Network store and on the 13th September 2013 via the Xbox Live Games on Demand service at a price of $49.99.

I created KILLER IS DEAD with the hopes that fans will experience the story and world in an episodic manner like they do watching TV shows. Playing as the mysterious assassin Mondo Zappa, players can expect that his ego and mind will be tested as the saga unravels contract by contract.

‘Killer is Dead’ is set in a cyberpunk world where biomechanical augmentations increase the power of criminals and executioners alike. Players control Mondo Zappa, a professional ‘Executioner’ who wields a sword in his right hand while brandishing interchangeable weapons in his left artificial arm. Mondo encounters all manner of violent adversaries in his global trek to fulfill contracts for ridding the world of its most nefarious criminals.

Distribution in PAL regions is being handled by Deep Silver, who in Australia and New Zealand will be working with All Interactive Entertainment. These releases will be made available over the next couple of days.