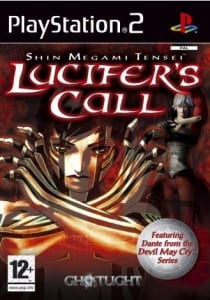 It was a Facebook announcement that I had never expected to hear from any company ever again…. that one of their old Playstation 2 games were back in stock.

Despite us about to enter the era of the Playstation 4 and very few companies still actively selling new copies of Playstation 2 games – PAL region publisher Ghostlight just announced via their official Facebook page that copies of Shin Megami Tensei: Lucifer’s Call are now back in stock via their website.

Set in post-apocalyptic Tokyo, the entire population of the world is annihilated by a global catastrophe called the Conception. Now, the fate of the entire world lies on the shoulders of one young man, who must battle his way through opposing demonic forces to bring order to the world to come… or possibly become the harbinger of its destruction.

As it is quite an old title, take a look at some screenshots of the game below: