Ghostlight Also Restock Their Shelves with Copies of Agarest: Generations of War 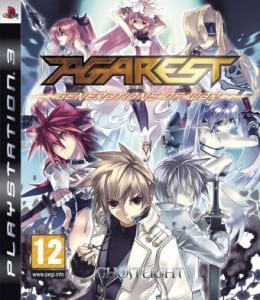 Before Aksys Games came along with their digital only release of the game in North America, Ghostlight’s PAL region release of Agarest: Generations of War was the only edition available in the English-speaking.

Despite being the only physical release of the game on the market today, it had its flaws when it came to the localization which was rectified in future editions including their own upcoming PC port of the game.

However if you want to complete your collection of physical Agarest games for your shelf while you still can, Ghostlight have confirmed that they have restocked their supply of the game via their online store. The game is available at the price of £19.99 and can be checked out HERE.

This announcement follows a similar announcement earlier in the evening regarding one of their well known PAL region Playstation 2 releases: Many Years Since 2005 Launch on PS2 Platform – Ghostlight Restock Shin Megami Tensei: Lucifer’s Call via Official Online Store.

At the dawn of time, a terrible war raged between the forces of good and evil, ending in the destruction of the world of Agarest. After their victory, the Gods of Light unified the decaying bodies of the Gods of Darkness and created a new world.

Now, the forces of darkness are awakening once again…