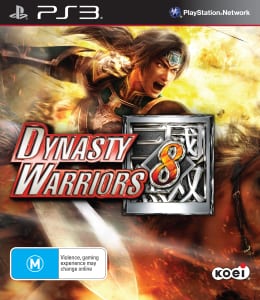 You have to hand it to the team at Omega Force…. considering they have had their hands in the Dynasty Warriors franchise since its very first Playstation 1 release all the way back in 1997, it is impressive how they have managed to stay dedicated to the same series all this time. This is all the more impressive when you consider that despite this being only the eight main installment in the Dynasty Warriors franchise they have a bulk of spin-off titles (Xtreme Legends, Empires) and even titles held in alternate settings under their belt. 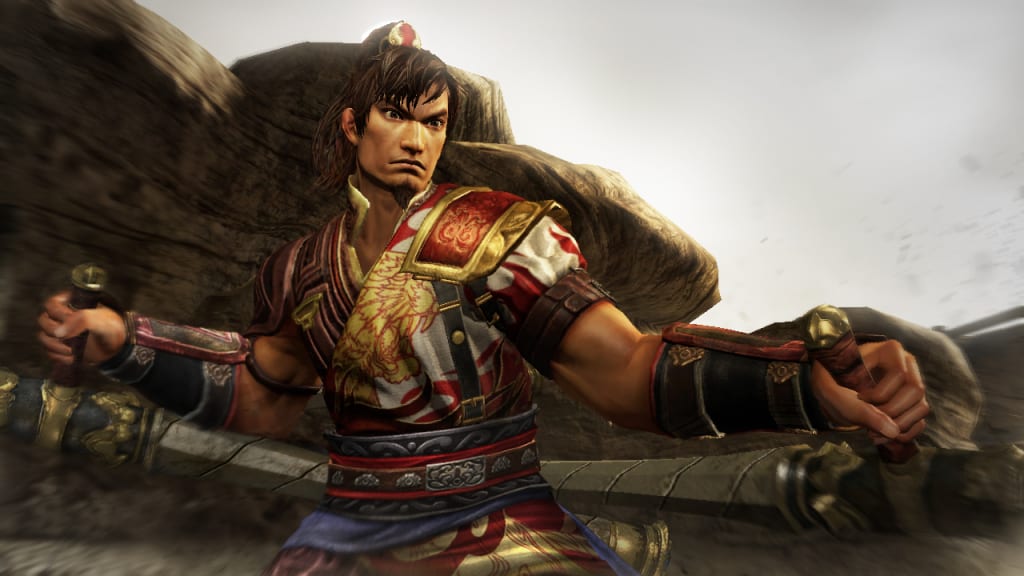 A couple of years have passed since Dynasty Warriors 7 was released on the PS3 and Xbox360 platforms, so it is once again time to see just what the development team have added to the gameplay mechanics they have built their name around.

Even after all these years and events, Dynasty Warriors 8 continues to adhere to the events mentioned in “The Romance of the Three Kingdoms” and carries across a number of the same events and characters that previous installments have showcased such as the Yellow Turban Rebellion and Dong Zhuo’s reign. Featuring the largest number of characters of any Dynasty Warriors game, there are well over seventy characters at your disposal distributed across Four Kingdoms (Wei, Wu, Shu and the newer Jin). A handful of characters are also placed in a fifth category “Other” who are dispersed across the storyline while not having a set allegiance.

As has been the case with many other installments, the games “Story Mode” is split up into four separate tales, each of which tell the events following a different Kingdom. Many of the events involve characters from the other three kingdoms however they come across in the form of NPC allies or enemies. Rather than lock you with a specific character for each chapter – the game gives you a selection of two or more and provides some different perspectives for additional replay value. 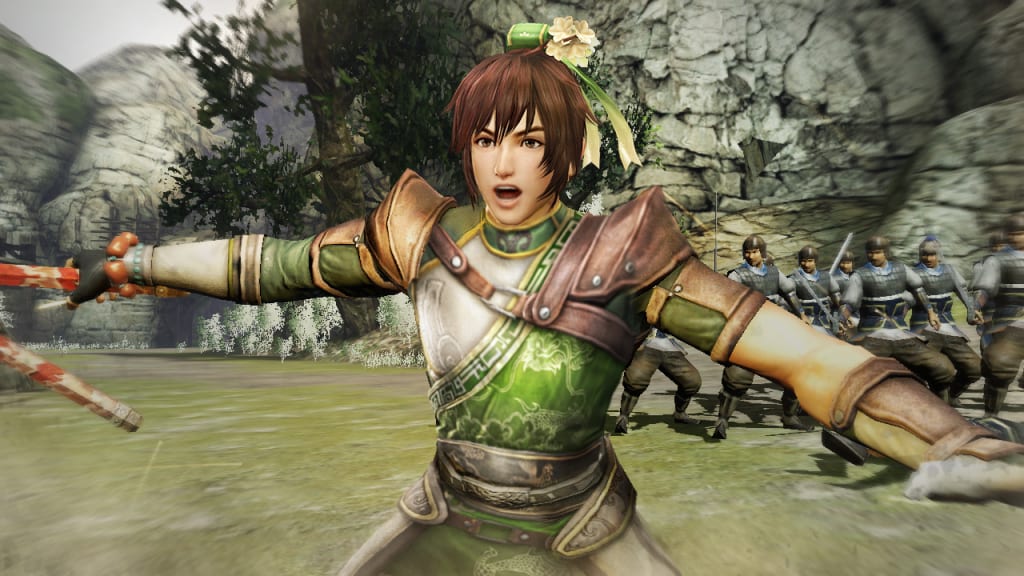 While those more familiar with the Empire line of games may be more familiar with simply capturing bases to progress through the stages, in the main series the storyline is delivered through pre-stage narration, cutscenes and events that unfold over the course of the mission. I actually quite enjoyed the events and impromptu missions unfolding over the course of battle, however I was left wanting more of the storyline delivered through cutscenes rather than narration summarizing several years worth of events in a few sentences. Given the summarizing of certain events, this may not appeal to all newcomers to the Dynasty Warriors franchise.

When it came to its design, Dynasty Warriors 8 came resulted in a mixed bag of the good and the bad. The concepts behind some of the stage designs were good and taking into consideration all the events that take place on them, they didn’t usually come across as simple field designs. Also when it came to the character designs, many of character cast received a revamp in their costume designs while still offering their previous DW7 designs as alternate costumes.

Unfortunately that is where the good points end. Dynasty Warriors 8 comes riddled with the same design issues as previous installments such as bland generic fighter designs and the occasional graphical glitch but it doesn’t end there. The visual quality of the environments could have been much better especially for a game at the end of this generations line of consoles. Even more inexcusable is the amount of lag present in certain areas of each stage. I could understand small sections where there is a minor amount of lag, but it is much harder to overlook when the game slows down to a crawl whenever more than a small number of generic enemies are on the screen.

Originally in Japan Dynasty Warriors 8 was exclusively available for the Playstation 3. As I reviewed the Xbox360 edition of the game that seems to have been ported over to the console for international release I can’t say if these issues were the result of the porting process. However as I have to review what I have – unfortunately I am left disappointed. 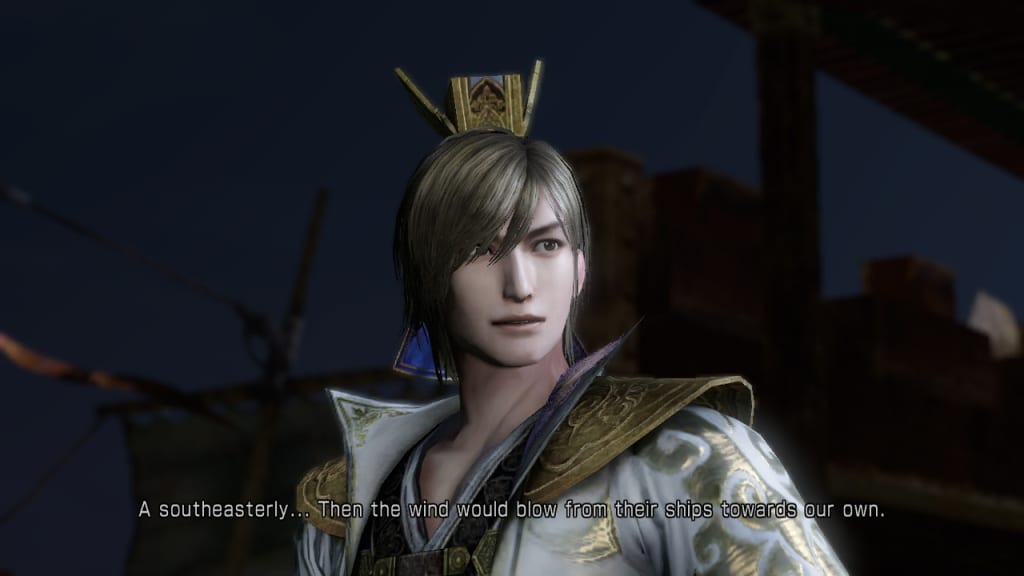 One aspect of any game in the Dynasty Warriors series that hasn’t let me down to date is its musical backing. While it doesn’t come with the sizable and historical music track-list the Empires line of games does, most of the tracks suit the mood well and really get you pumped for the battle ahead. It seems like Tecmo Koei have chosen not to continue with the Japanese dub only release they started with Dynasty Warriors 7 Empires. Instead they have opted to produce a fitting English dub that does the job well but doesn’t go any further than that.

The core gameplay mechanics within Dynasty Warriors 8 differs very little from what has been present in the last few games in the series. Irrespective of what kingdom or game mode you select, you will end up choosing one Warrior and complete a series of missions or events on a stage which generally involve taking down hundreds if not thousands of generic soldiers and occasionally another “Musou Warrior” or figure notable enough to have their title above their head. Of course depending on your objective, taking down such a large number of enemies may not be necessary. 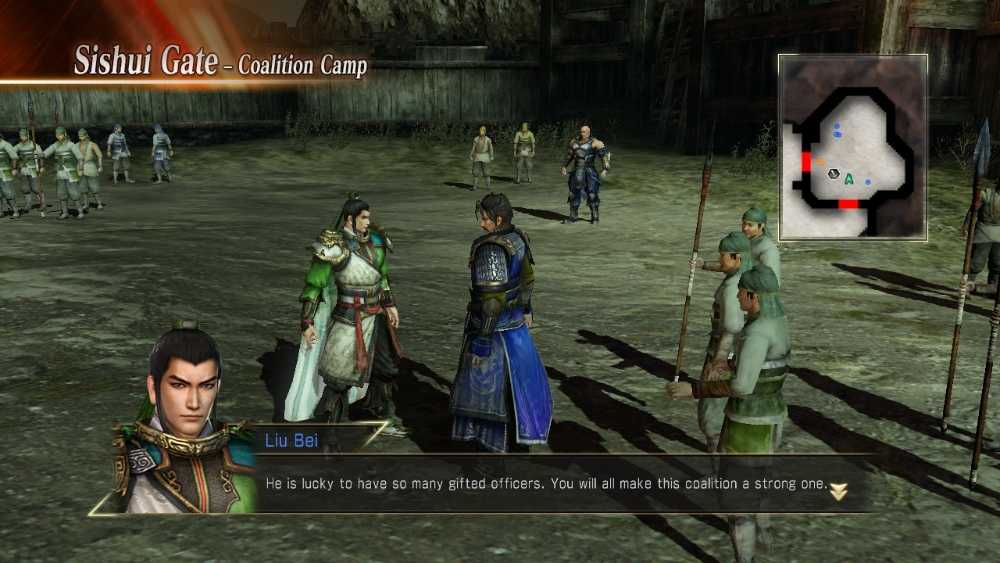 Most of the 70 or so characters in the game come attached with their own weapon (Including a few new types exclusive to this game). But as a feature returning from DW7 they have a second weapon slot which you can include any other weapon on – or even replace both with your personal preference if you so desire. Each of the characters have special attacks based on their primary weapon however, so changing weapons will not change the animation or actions of the attacks in this regard. As a new feature to this installment that builds on the dual-weapon system, each individual weapon is part of the “Three Point System” and are aligned to either Heaven, Earth and Man. Depending on what piece of equipment you hold you may either deal more damage to an enemy or in turn be hit for more damage by them. It is a simple system, but a nice addition when it comes to strategy and requiring you to have more than one weapon at your disposal.

Once again you can even bring in a friend through any of the games three game modes – including offline cooperative play which I always enjoy and online cooperative play which for the purpose of this review I was unable to try out. However if you are half-way through a Story Mode campaign you may not feel like having someone spontaneously join in on your fun (and ask you for a detailed thesis regarding the events that unfolded so far). This is where Free Mode comes in, which allows you to play through any of the stages unlocked via “Story Mode” at your own pace and editing pretty much any character into the events that unfold. 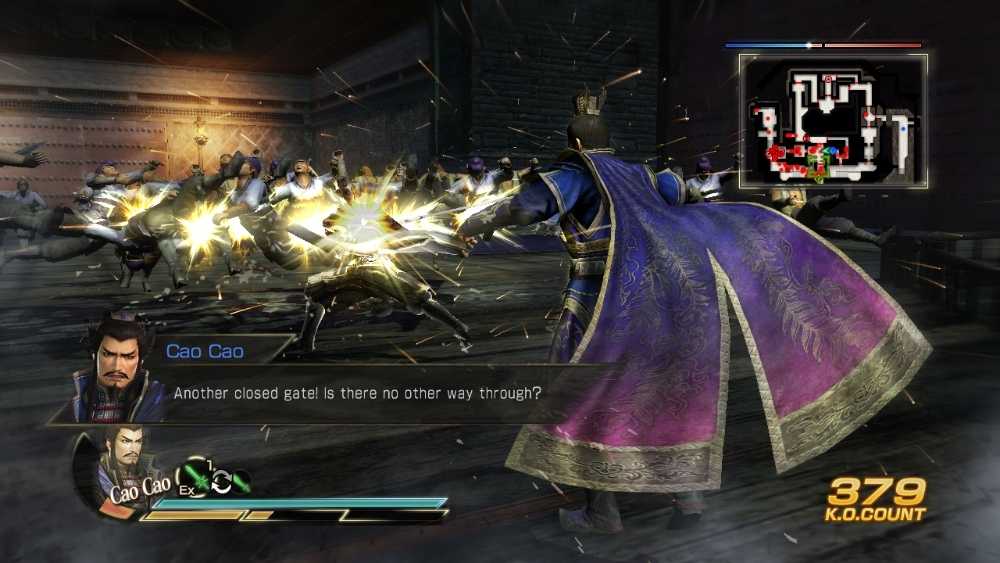 Another new game mode introduced is “Ambition Mode” which is what you could consider an “Empires” mode for the main game series. While you don’t get to create your own warriors and the game mechanics are not exactly the same, you are tasked with building your own Kingdom from a pitiful camp to something more thriving to appeal the Emperor. You can acquire warriors, fame and other resources for your cause by taking part in mini-missions. There is much more to this mode than what I have written, however it is something I strongly recommend finding out about yourself through your own experiences – as I have already pooled quite a few hours into it and am really enjoying this new experience for the series.

Aside from the aforementioned features, most of the game will be familiar territory for those who have played any other installment in the series. There are new characters, new weapon types and small tweaks to the gameplay formula – but either way expect plenty of button mashing and more of what has merited this game to still seeing releases more than 15 years after its first installment.

Dynasty Warriors 8 offers little to change the overall dynamic of the series, however all the little things alongside the new Ambition Mode make it into the most enjoyable main numbered “Dynasty Warriors” title yet. The experience is to some degree tarnished however by unbearable lag that chooses to rear its head in almost every stage. I was introduced to the series via Dynasty Warriors 6 Empires – and I still have quite a fondness for the side-game. Provided they rectify the lag issues and boost the visual quality a bit, I am looking forward to hopefully an Empires installment for Dynasty Warriors 8 – especially if they were to include new mechanics similar to the ideas that went into Ambition Mode.