Rayman Legends Headed to the Playstation Vita Alongside the Other Consoles

What was once set to be a Wii U exclusive title now seems to be making its way to pretty much every current-gen console available on market. Earlier this year Ubisoft announced that the Wii U exclusivity was off and confirmed the title was also headed to the Playstation 3 and XBox360…. but that was apparently not enough and have now confirmed you can also pick up this game for the Playstation Vita portable console. This is to be released alongside the console versions on the 29th August 2013.

But this edition is also set to come with a few nifty bonuses. Rayman Legends on the PS Vita includes all of the original Rayman Legends content, as well as five exclusive maps playable with Murphy, the greenbottle fly seen in previous Rayman games, controlled through the Rear Touch Pad. A multiplayer mode is locally accessible on Wi-Fi and fans from the same country can play in cooperation. Players can also compete with one another in the online challenges and compare rankings in the online leaderboards. In addition to the five Vita-specific maps, two exclusive costumes were created by the Ubisoft Montpellier team. Fans will have the opportunity to dress Rayman in a costume from Prince of Persia, the legendary hero of Ubisoft popular franchise, while Globox can be dressed in a costume from the famous spy series, Splinter Cell. 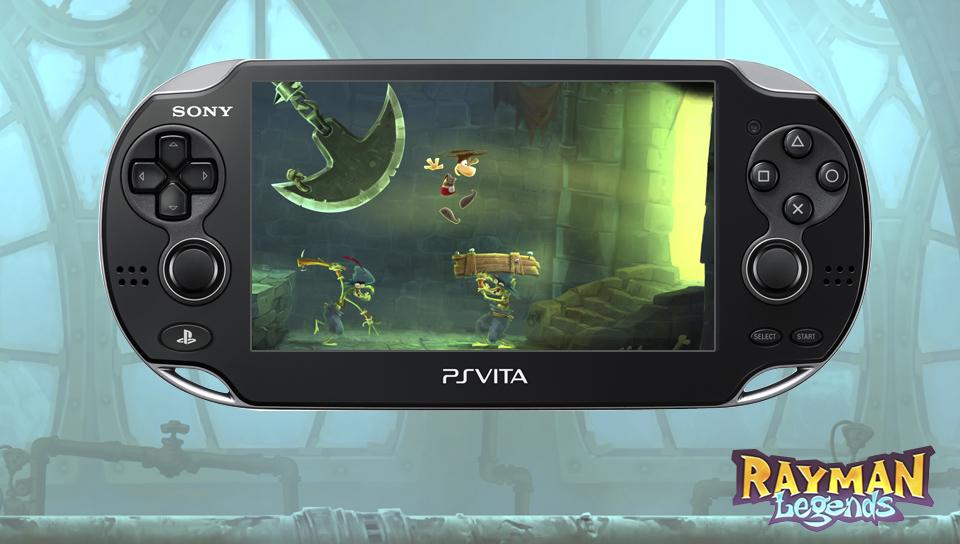 Rayman Legends is the successor to the 2011 side-scrolling game Rayman Origins, which due to its visual charm, addictive gameplay and creative music walked away with an S-Grade in my review of it AND came second place in my Game of the Year 2011 awards (Coming second only to Disgaea 4: A Promise Unforgotten).