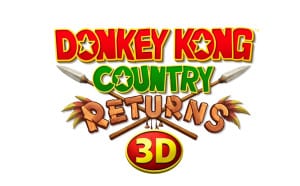 If you had a Nintendo Wii console back in 2010, you may remember Nintendo’s release of Donkey Kong Country Returns, which as the name suggests was a side-scrolling platformer returning to the games Super Nintendo roots in terms of gameplay. This release featured much jumping, barrel leaping and swinging – and today you can now check it all out with Donkey Kong Country Returns 3D for the Nintendo 3DS, an enhanced port of the game that brings a host of new features not available in the original release. 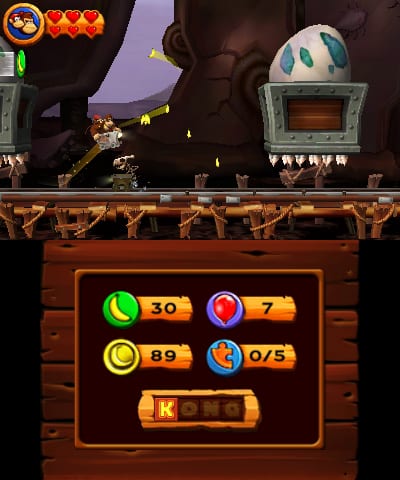 In this release, a ‘New Mode’ was made available giving players access to new items and gameplay features, including Donkey and Diddy Kong having three hearts each (instead of two in ‘Original Mode’), making things a little easier for those new to the franchise. The helpful items in New Mode include portable “DK Barrels”, which players can use at any time to have access to Diddy Kong; “Green Balloons”, used to protect Donkey and Diddy Kong from falling off a cliff or ledge; and “Crash Guards”, which make players temporarily invincible in rocket barrel or mine cart areas. Of course, if you are a veteran to the franchise you can jump straight into the original mode and play the game how it was designed to be played.

In addition, eight challenging new levels are included within a new ninth world – Cloud – which is unlocked after completing the main game. Two players that own a copy of the game can also connect via local wireless to conquer Donkey Kong Island together.