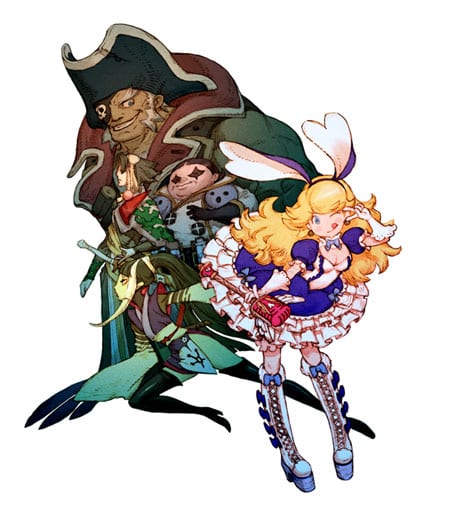 Tonight, Nintendo held one of their Nintendo Direct conferences, and as you can usually expect they announced a wealth of titles for the console – as well as a few announcements for the Wii U platform. Is there a localization you have been waiting for? Is there a sequel you have thought of? If they are based on Nintendo hardware or franchises than take a peek below to see if your wishes became reality!

A New Zelda Game: Nintendo developers are working on a new game set in the world of The Legend of Zelda: A Link to the Past, which launched for Super NES in 1992. The game makes use of the 3D abilities of Nintendo 3DS, and allows Link to become a drawing and move within walls. A 3D video of the new game is now available in the Nintendo eShop for Nintendo 3DS. The game is scheduled to launch towards the end of the year.

New Yoshi’s Island Game: The third installment in the beloved franchise is making its way to Nintendo 3DS. Yoshi and Baby Mario are back with flutter jumps, ground pounds and egg throws, plus a host of new actions that use the unique features of Nintendo 3DS. More details about the game, as well as launch timing, will be announced in the future.

Mario & Luigi: Dream Team Bros.: The game takes place on a mysterious island and challenges Mario to go between the real world and Luigi’s dreams to rescue Princess Peach. The game will be available in stores and in the Nintendo eShop for Nintendo 3DS on 13th July.

Donkey Kong Country Returns 3D: This handheld update of the original smash-hit for Wii adds eight new stages that players can enjoy after they have completed the main game, as well as a New Mode optimised for handheld play with new items and mechanics. The game launches in stores and in the Nintendo eShop for Nintendo 3DS on 25th May.

Mario and Donkey Kong: Minis on the Move: This Nintendo eShop exclusive challenges players to place tiles on the bottom screen to guide the Mini characters to their goal on the top screen. The game offers more than 180 stages in four different modes. Players can also create and upload their own stages, and play those created by other players around the world. The game will launch on 9th May.

Mario Golf: World Tour: Players who connect their Nintendo 3DS systems to the Internet can play competitive real-time multiplayer matches against others across the globe. They can also use the community feature to find others to play golf with. The game is scheduled to launch this winter in Australia and New Zealand.

Party like it’s the Year of Luigi: A new game in the Mario Party series is scheduled to launch for Nintendo 3DS this summer in Australia and New Zealand. The game features seven different game boards, each with its own set of rules. The game offers 81 new minigames that test speed, concentration and luck. In addition to the board game elements, players will be able to play minigames exclusively or try their hand at AR Card games and a lot more.

Bravely Default: Nintendo has revealed the game will be released in Australia and New Zealand later this year. (Sam’s Comment: WOOOOOO!)

A Nintendo eShop trio from LEVEL-5: LEVEL-5 has assembled a collection of Japan’s top developers to create original games that will be headed to the Nintendo eShop for Nintendo 3DS soon. THE STARSHIP DAMREY, from Kazuya Asano and Takemaru Abiko, puts players in a suspenseful adventure where they will have to search for any information available to discover the truth about their circumstances. In BUGS vs. TANKS! from Mega Man creator Keiji Inafune, players control a tiny customisable tank in battle against swarms of giant bugs. In Kaz Ayabe’s ATTACK OF THE FRIDAY MONSTERS! A TOKYO TALE, players will take the role of a young boy who lives where the giant monsters from the TV shows of Japan’s 1970s come to life every Friday.

EarthBound: Available since March as one of the NES 30th Anniversary Virtual Console games in Japan, the game is set to release in Australia and New Zealand on Wii U Virtual Console, with a launch date to be announced at a later date.

New Super Luigi U: Wii U owners who purchase this downloadable content for New Super Mario Bros. U (a copy of the game is required) will get 82 updated courses and a new adventure featuring Luigi, who can jump higher than Mario, yet has trouble stopping after a dash. Many stages start with only 100 seconds on the timer, and quicker stages are populated with many obstacles.

Wii U Autumn System Update: Next week’s update will add new functions and enhance existing ones, in addition to launching the Virtual Console service and a free demo of Wii U Panorama View. It shortens loading times when switching between applications or returning to the Wii U Menu.

Pikmin 3: In addition to new Rock Pikmin, the new game also introduces flying Winged Pikmin that follow the player and can carry items in the air.