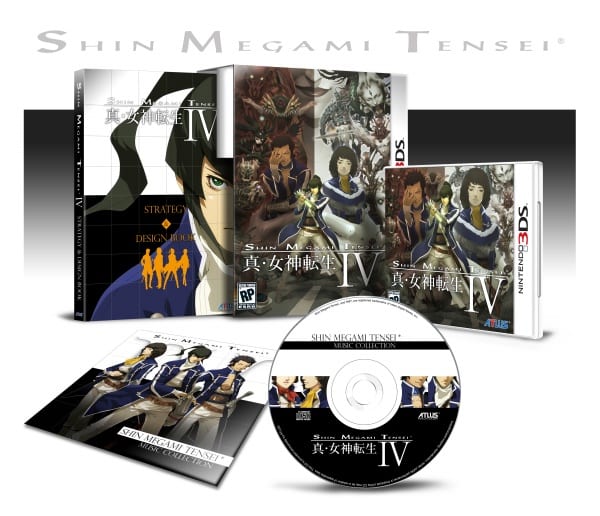 While we have seen many titles released internationally with the Shin Megami Tensei header over the years – from Persona to Devil Survivor games, But this year we are set to receive an English localized release of the fourth major numbered installment in the Shin Megami Tensei series “Shin Megami Tensei IV”. ATLUS USA have today confirmed that this won’t be a series they will just be releasing and leaving it at that, with plans to release a standard edition and a first-print Limited Edition Box Set as pictured above.

The features of this LE pack include:

All bonus collector’s items are limited to the first printing of the game, and all subsequent releases will contain only the game.

The story of SMTIV revolves around the Samurai, the sacred protectors of the Eastern Kingdom of Mikado. As a newly appointed Samurai, players will struggle with factions that have nefarious designs on the world as they defend their home kingdom from a growing army of demons. Decisions players make throughout the course of the story will have lasting repercussions, as the fate of the world hangs in the balance.