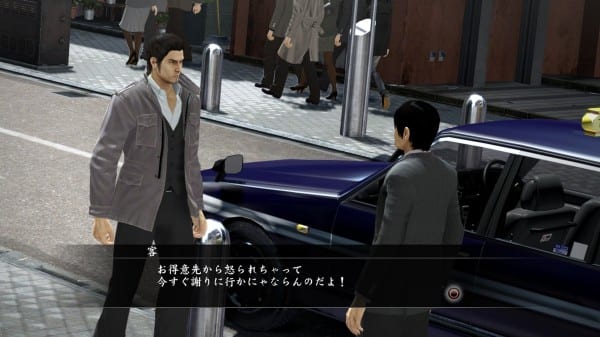 Sega Japan and Studio Yakuza have recently provided further incite into Kazuma Kiryu’s main “Another Drama” event. Through some plot point, he has moved away from both Okinawa and Kamurocho and become a taxi driver in Fukuoka. For the first time in the series, you will be given the ability to drive a taxi and take on missions where you transport passengers to their intended destination, with added difficulty through passengers giving you driving instructions. The screenshots also indicate that you will be left to chat with passengers and help them deal with their problems / general chit-chat.

As this system may sound a boring on its own, you can also get into races with a gang known as Devil Killer, where you must outrace your rival through drifting and the games characteristic Heat Action moves. The game will also feature car customization which will allow you to customize the appearance of your taxi, the music that plays during the race and assumingly the speed/other stats of your vehicle for races.