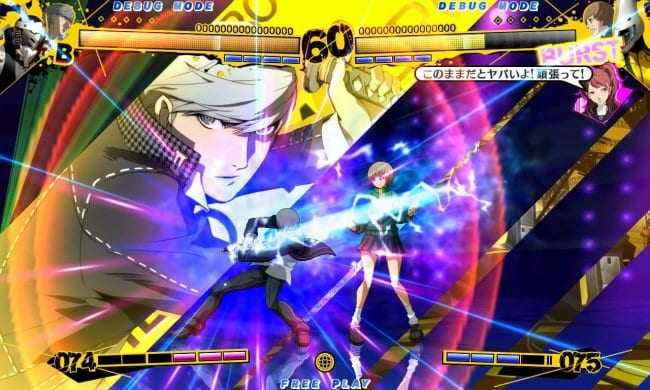 ATLUS Japan have recently just released a further batch of screenshots for their upcoming fighting game Persona 4: The Ultimate in Mayonaka Arena. Focusing on four of the included characters (Protatonist, Chie, Yosuke and Aigis), it shows off both their abilities and the ability to use Persona’s during the battle.

Personally, I am not a big fan of this type of gameplay, however I would still like to check it out. It is due out in Japanese arcades in Spring (or Autumn in you are in the Southern Hemisphere) and is due out on the XBox360 and Playstation 3 gaming systems during the Summer gaming season. No word on if there will be an English release as of yet.

Screenshots
1 of 20
Facebook
Twitter
ReddIt
WhatsApp
Pinterest
Telegram
Previous articleRhythm Thief & the Emperor’s Treasure to Have Pseudo-SC5 Elements to it…..
Next articleCave Story 3D and Bleach: Soul Resurreccion Set to be Released in Australia this November/September Respectively