We Will Rock You – Australian Tour

Whether you grew up in the days of Queen or like myself were introduced to their music through family and the radio, it is hard not to admire the sheer talent and repertoire offered by the group. From We Are the Champions to Another One Bites the Dust, many of their songs are easily recognisable today and still have many fans. Heck, it wouldn’t surprise me if 300 years from now, people are still singing their hits. Created by Ben Elton in collaboration with Queen themselves, We Will Rock You embarks to present 24 of their greatest hits onstage, drawn together by a narrative. This may sound like a very ambitious or even implausible task given the songs of Queen are very diverse. However, the end product turned out to be a memorable experience, which ultimately proved to be an absolutely rockin’ night out!

We Will Rock You takes place approximately 300 years in our future, where a now dystopian Earth has become referred to as the iPlanet. Controlled by an organisation known as Globalsoft, which in turn is headed by its dictatorial leader ‘Killer Queen’, the inhabitants of the iPlanet spend all their free time online and live on a heavy diet of synthesised pop. As the lyrics of ‘Radio Ga Ga’ explains: “All we hear is Radio ga-ga”.

While this has been the norm for many years, a group referring to themselves as the Bohemians set to shake and ultimately abolish this status quo. There is a legend that there will be one who can eventually bring rock and free entertainment back to the world… and this is a story of that young man.

Since birth, Galileo Figaro (Played by Gareth Keegan) has had an uncanny ability to hear voices and words in his head, most of which make reference to bands and song lyrics of today. Not one to fall into the same level of online dependency as his peers, he eventually becomes the target of Globalsoft, who capture him under the assumption of being a Bohemian and potentially the man of legend. Somewhere else on the iPlanet, a young woman later dubbed Scaramouche (Portrated by Erin Clare) also becomes a target of Globalsoft, for being more opinionated and not being a typical “Ga-Ga Girl”. Together and managing to escape from their confinement, the pair seek out the Bohemians, and the destiny which surrounds them.

24 lengthy songs in a musical is a fairly big ask, especially when you consider that these rock songs are fairly different from one another. But the creative team have managed to incorporate these songs into the narrative effectively, and very few songs felt out of place. It was also nice to see that they actually implemented elements from the songs into the story, as if Queen’s songs were coming to life. These range from character names based on the song Bohemian Rhapsody, to the primary antagonist being the titular character from the song Killer Queen. That being said, while the concept behind the show was interesting, I wouldn’t say the story was anything more than above average.

With songs taking up a lot of the show, character introductions were quickly rushed through and the progression of events were rushed through a lot more quickly than I would have liked. Although I will admit that this was a major charm of the show for me, a lot of the memorable moments and humour came from references to music from the mid/late-1900s to early-2000s rather than the actual plot.

In a way, I see We Will Rock You as being like a rock concert which is driven by a narrative, rather than what you would usually expect to see from a stage musical. But this is not to the shows discredit, as I did find myself drawn into the show from start to finish, and enjoyed almost everything in it, from the pop-inspired dystopian setting to the frequent references to Australian music and culture. While the critic in me might have raised an eyebrow, the theatre-lover in me had a great time!

As We Will Rock You heavily features music that most of us would have grown up listening to, it was imperative they have a cast to meet understandably high expectations from the audience. With both rock veterans and younger cast members alike, I think the cast managed to do a fantastic job of classic rock hits. While the leads Gareth Keegan and Erin Clare managed to shine in many of the songs they worked with, I think the dynamic between Thern Reynolds (Brit) and Jaz Flowers (Oz) in Act 1 proved to be a highlight of the evening.

We Will Rock You features 24 classic Queen hits, both iconic and those a little more obscure. Some songs have been slightly rewritten to suit the narrative being delivered, but the core fundamentals behind each song and tune have been consistently retained. While preferences will likely different between the individual, some of my favourite tunes were Another One Bites the Dust (With some digital animation which wouldn’t look too out of place on this site), a crowd-engaging performance of I Want it All and a really powerful performance of Killer Queen by Casey Donovan.

The live band featured in this show never dropped below “Fantastic” in my books, and really helped make this show was it was. Not every show has a band announcement comparable to a cast announcement, and I can see why We Will Rock You‘s band received one. However I would say that the balance between vocals and instrumentals were a little off for a number of songs, so while you could clearly hear the lyrics for some songs, others were overpowered by the music. Here’s hoping this will be fixed for future shows. As always, this was only the case from my perspective, and may differ depending on seating choice.

Keeping with everything else present in We Will Rock You, the set design left me feeling like I was sitting in the audience of a rock concert. The most prominent feature on the set was a giant digital screen which moved up and down depending on the need. This delivered many landscapes and scenes with the use of minimal props, however some of the digital designs presented on-screen felt like they were made in years ago rather than ultra-modern. There were also a small number of on-stage sets, from a semi-desolate Hard Rock Café to the ruins of a renowned stadium. These sets might not be complex compared to those in other shows touring Australia, however they managed to maintain the “rock concert” theme effectively. All of this was complemented by consistently strong lighting, which while visually impressive, might not be great for those sensitive to bright lights.

We Will Rock You is a show which doesn’t have the strongest plot, and in terms of story alone might not shine against other shows touring Australia. But this shortfall is made up for when it comes to music. There were very few moments during the night where I didn’t find my feet tapping along to the songs of Queen – and overall enjoyed what was unfolding onstage. But while the source material might be solid, it was the cast and band which made this show – hitting all the right notes. Overall, We Will Rock You is in my opinion a rockin’ night out!

The Quick Brief
We Will Rock You is a show which doesn't have the strongest plot, and in terms of story alone might not shine against other shows touring Australia. But this shortfall is made up for when it comes to music. There were very few moments during the night where I didn't find my feet tapping along to the songs of Queen - and overall enjoyed what was unfolding onstage. But while the source material might be solid, it was the cast and band which made this show – hitting all the right notes. Overall, We Will Rock You is in my opinion a rockin’ night out!
Storyline / Character Development
Performance / Casting
Music
Production Value
Personal Opinion
3.8
Out of 5
Share
Facebook
Twitter
ReddIt
WhatsApp
Pinterest
Telegram
Previous article
Find Your Way Back Home By Communicating with AI Controlled Spacecraft – Event[0] to Launch in September
Next article
7th Dragon III Code: VFD Launches on Nintendo 3DS in North America 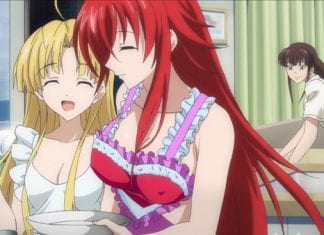