A Conversation with Cameron Daddo

Interview with an Actor

The stage is alive at the Queensland Performing Arts Centre’s (QPAC) Lyric Theatre these coming weeks, with the London Palladium Production of Rogers & Hammersteins’ classic musical The Sound of Music being performed. Featuring a strong cast of young performers as Brisbane’s von Trapp children along with a harmonious cast of adults, this almost sixty year old show can still shine among the newer, more modern productions gracing the stage.

Prior to its opening night last Thursday, I was fortunate enough to have attended a media event for the show. Alongside photo opportunities, I was able to have a few minutes to speak with Cameron Daddo, an actor of many entertainment fields who lends his powerful vocals and acting ability to the role of Captain von Trapp in this Australian production. Many topics were discussed from his thoughts on the show to just how he can wear a tuxedo whilst standing under such hot lights. You can find the full transcript of my interview below:

Can you share a little bit about your history in theatre?

My history in theatre began year seven at school when I did Oliver Twist. Then after that I didn’t do anything in theatre until I was twenty-two/twenty-three when I was working in television on the Perfect Match dating game and I had an opportunity to audition for Big River, which was the story of Huckleberry Finn. I got it so I left Perfect Match to take on the role of Huckleberry Finn. That’s where I’ve been going from there.

Ah… just the themes of love, family, integrity, following through with something you say you’re going to do. I think they’re wonderful things that are told in such an iconic way with great music that people know. Its a good reminder of how to live. Its old fashioned but its not, its still relevant today, in that these are our core values – and these core values are part of this show.

and why do you think this show has been so successful all these years?

I think for that reason. There’s a nobility to it, and the music is so great. Its like a very simple music lesson tapped around a gorgeous story of family, a story of bravery and courage.

Having already performed in Sydney, what has the reception from Australia been like so far?

Amazing. Because there’s a legacy attached to his musical where people have grown up with it and then want to pass it on to other generations. I met a four-generational family come in, there was a great-grandma, a grandma, a mother and her daughter who came in to see the show.  So that to me is wonderful. And it will go on, it will be back again in probably fifteen – twenty years, they’ll do it again and people will flock because its so good.

Have there been any particularly memorable moments you have had while working on The Sound of Music?

Every night something happens that’s special. Its just the feeling that you get, that’s memorable. Its such a big journey for everyone involved, and its a good feeling.

I have to ask as I am currently sweating under these lights, how do you wear something like a tuxedo without melting into a puddle?

Well you sweat. Basically we wear undergarments and they come out completely saturated at the end of the show. My suits are all thick woolen suits, and there is one point where I’m actually wearing another outfit underneath a suit for a quick change.

What advise do you have for those looking to make their break into theatre?

Don’t wait for permission. Get together with friends, like-minded people, read plays, join local theatre groups. Through the local theatre groups you will find out when the auditions are happening for shows, and then go audition. Just keep at it and do your work.

and one final question, are you excited about the coming weeks in Brisbane?

Oh very! We’ve done a bunch of previews already, and the audience response has been fantastic so far. Brisbane has grown. I was here twenty-five years ago I guess doing Big River and its a very different place. I was here two years ago doing Legally Blonde, and even from two years it has grown. The food here is fabulous. I’m living on the river so that’s really lovely. Brisbane is great and I’m really looking forward to this time. Its like a holiday… with work.

Thank you very much for your time!

Thank you very much to Cameron Daddo for taking the time out of his busy schedule to speak with me. Thanks must also go to the show’s Queensland publicity team at Cinnamon Watson Publicity for helping organise this interview.

The Sound of Music will be performed at the QPAC Lyric Theatre from now until May 1st 2016. There are up to eight shows a week being performed, and still plenty of good seating should you wish to take yourself, a friend or the entire family to see it. Tickets are priced between $69.90 and $140.90, with pricing dependent on session preference, seating choice (Premium, A-Reserve, B-Reserve and C-Reserve) and concession status (for select shows). You can book your tickets online or by calling the QPAC Box Office.

My review of The Sound of Music will be going up shortly. 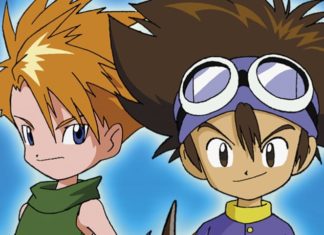 The ICO & Shadow of the Colossus Collection – Review 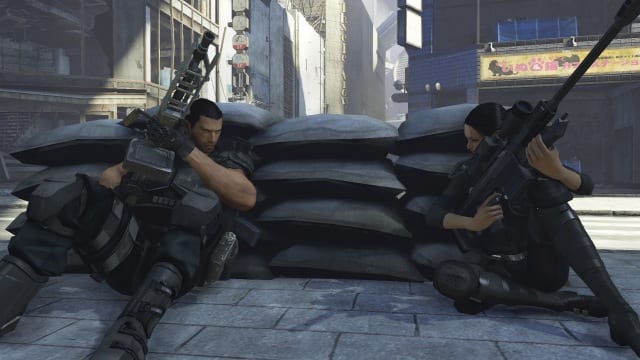