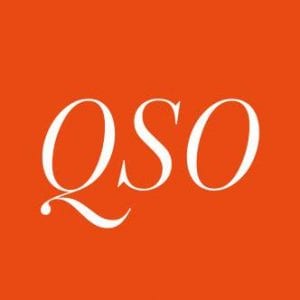 The Queensland Symphony Orchestra (QSO) have announced that the thirteen year old Hee Soo Kim has been awarded as their 2015 Winner of the English Family Prize for Young Instrumentalists. This student from Somerset College on the Gold Coast will be performing as a soloist with QSO in their Secondary Showcase ‘Song to Symphony‘. Co-produced in association with the Queensland Performing Arts Centre (QPAC), this one-off performance will be held on March 5th (11AM) at the QPAC Concert Hall.

Hee Soo’s winning performance was Cello Concerto No.1 in A Minor Op.33 Mvt III by Saint-Säens. They won out of 22 entrants, with six finalists selected to perform on the 13th February 2015. The finalists included emerging talents playing concerto movements for oboe, violin, French horn, alto saxophone and cello.

The English Family Prize for Young Instrumentalists is an annual competition for secondary school music students in Queensland. The prize is named in honour of the English Family and their commitment to the development of exceptional young musicians. Each finalized received a cash prize ranging from $500 to $5,000 to assist in their future music studies. The Anthony Camden Foundation and the National Instrument Bank, Music Council of Australia, also awarded a finalist the loan of an instrument for 12 months.

Those looking to watch the Secondary Showcase ‘Song to Symphony’ in-person can purchase tickets for $15 via the QPAC website. Even though this is targeted at Secondary students, the general public are invited to come and watch. A synopsis of the performance can be found below:

Frère Jacques morphs into the Mahler Symphony No.1

The simplicity of folk songs, world music and music of cultural significance has been the inspiration for composers throughout time. Discover the songs, woven through music, on a journey through time and style that reveal the source of composer inspiration, from The Little Birch Tree growing into Tchaikovsky’s Symphony No.4 to national anthems woven into the 1812 Overture.