With the first manga releases for the month hitting store shelves from yesterday, North American manga publisher Seven Seas Entertainment took the opportunity to not only promote the titles to be available throughout the months – but show off their fancy new covers as well.

Information on all these titles are available below. Do note that these releases would most likely only be applicable to North America, with release dates internationally depending on any local publishers OR your local bookstore importing them in. 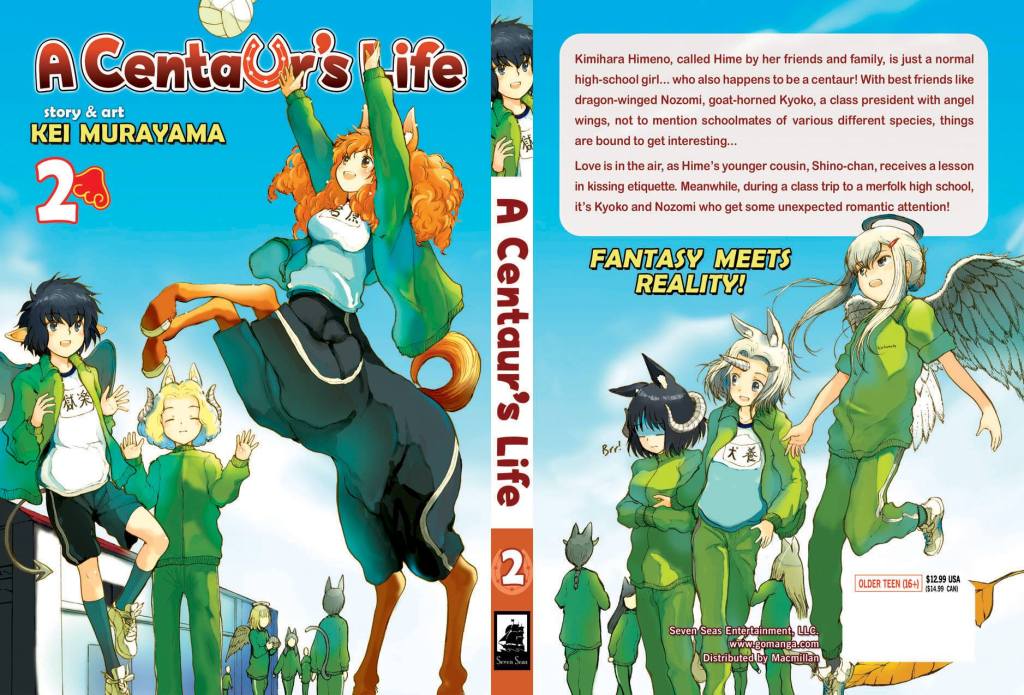 Kimihara Himeno, called Hime by her friends and family, is just a normal high-school girl… who also happens to be a centaur! With best friends like dragon-winged Nozomi, goat-horned Kyoko, a class president with angel wings, not to mention schoolmates of various different species, things are bound to get interesting…

Love is in the air, as Hime’s younger cousin, Shino-chan, receives a lesson in kissing etiquette. Meanwhile, during a class trip to a merfolk high school, it’s Kyoko and Nozomi who get some unexpected romantic attention! 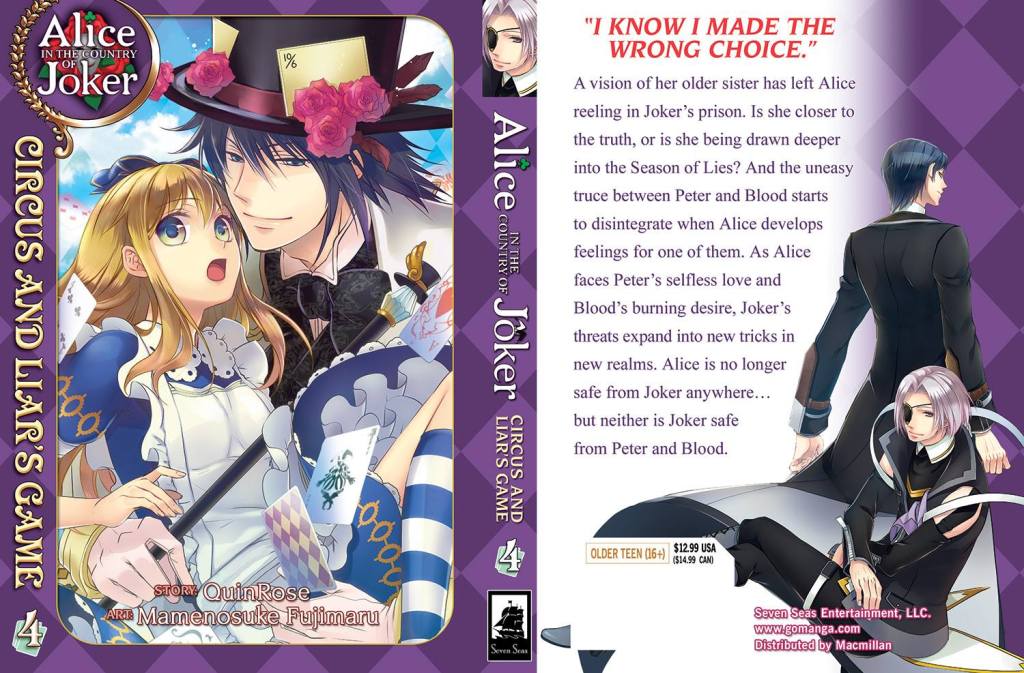 A vision of her older sister has left Alice reeling in Joker’s prison. Is she closer to the truth, or is she being drawn deeper into the Season of Lies? And the uneasy truce between Peter and Blood starts to disintegrate when Alice develops feelings for one of them. As Alice faces Peter’s selfless love and Blood’s burning desire, Joker’s threats expand into new tricks in new realms. Alice is no longer safe from Joker anywhere… but neither is Joker safe from Peter and Blood. 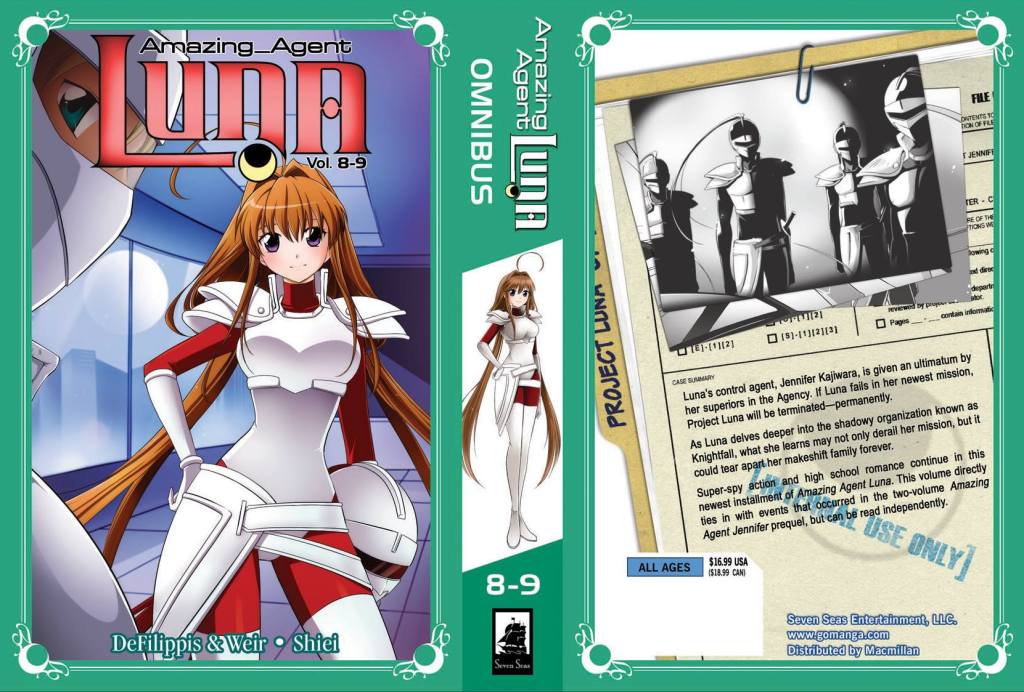 Luna’s control agent, Jennifer Kajiwara, is given an ultimatum by her superiors in the Agency. If Luna fails her newest mission, Project Luna will be terminated–permanently.

As Luna delves deeper into the shadowy organization known as Knightfall, what she learns may not only derail her mission, but it could tear apart her makeshift family forever.

Super-spy action and high school romance continue in this newest installment of Amazing Agent Luna. This volume directly ties in the with events that occurred in the two-volume Amazing Agent Jennifer prequel, but can be read independently. 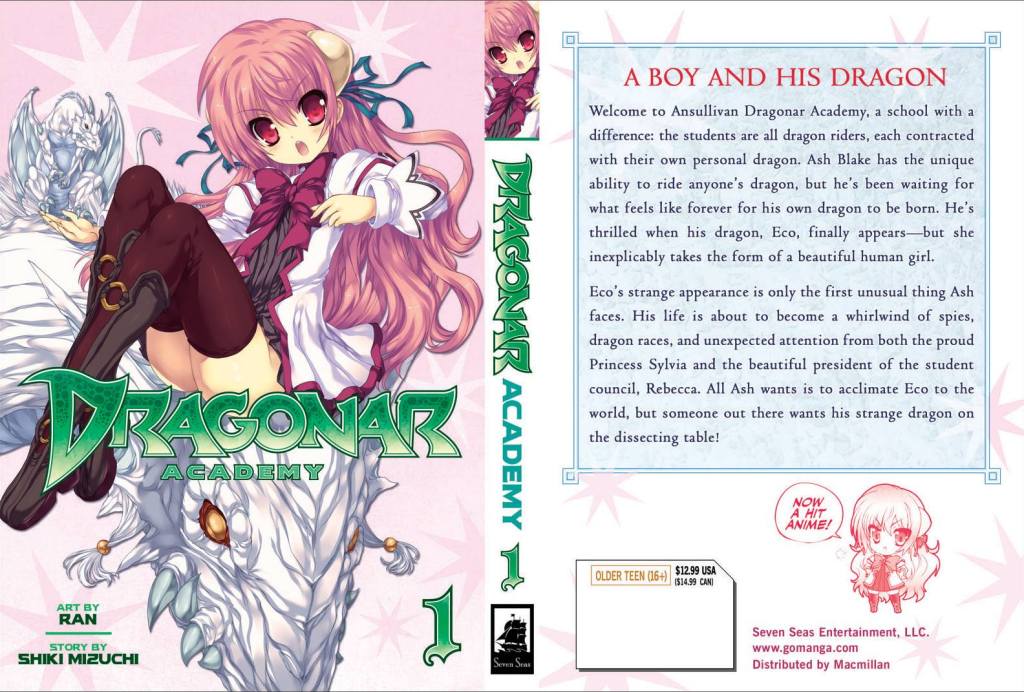 Welcome to Ansullivan Dragonar Academy, a school with a difference: the students are all dragon riders, each contracted with their own personal dragon. Ash Blake has the unique ability to ride anyone’s dragon, but he’s been waiting for what feels like forever for his own dragon to be born. He’s thrilled when his dragon, Eco, finally appears–but she inexplicably takes the form of a beautiful human girl.

Eco’s strange appearance is only the first unusual thing Ash faces. His life is about to become a whirlwind of spies, dragon races, and unexpected attention from both the proud Princess Sylvia and the beautiful president of the student council, Rebecca. All Ash wants is to acclimate Eco to the world, but someone out there wants his strange dragon on the dissecting table! 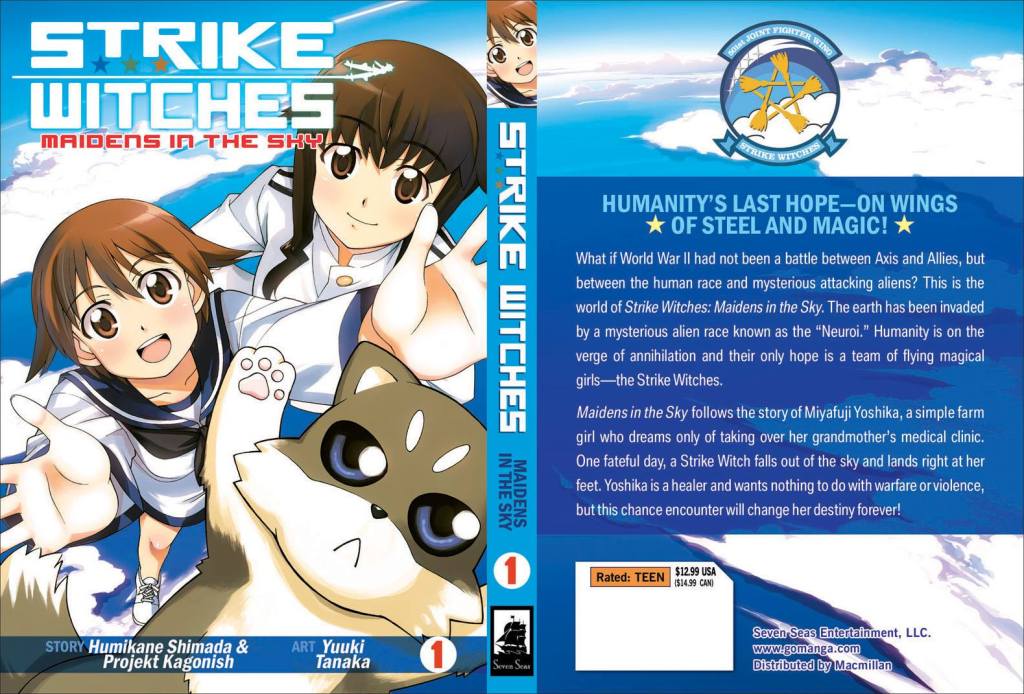 What if World War II had not been a battle between Axis and Allies, but between the human race and mysterious attacking aliens? This is the world of Strike Witches: Maidens in the Sky. The earth has been invaded by a mysterious alien race known as the “Neuroi.” Humanity is on the verge of annihilation and their only hope is a team of flying magical girls–the Strike Witches.

Maidens in the Sky follows the story of Miyafuji Yoshika, a simple farm girl who dreams only to taking over her grandmother’s medical clinic. One fateful day, a Strike Witch falls out of the sky and lands right at her feet. Yoshika is a healer and wants nothing to do with the warfare or violence, but this chance encounter will change her destiny forever! 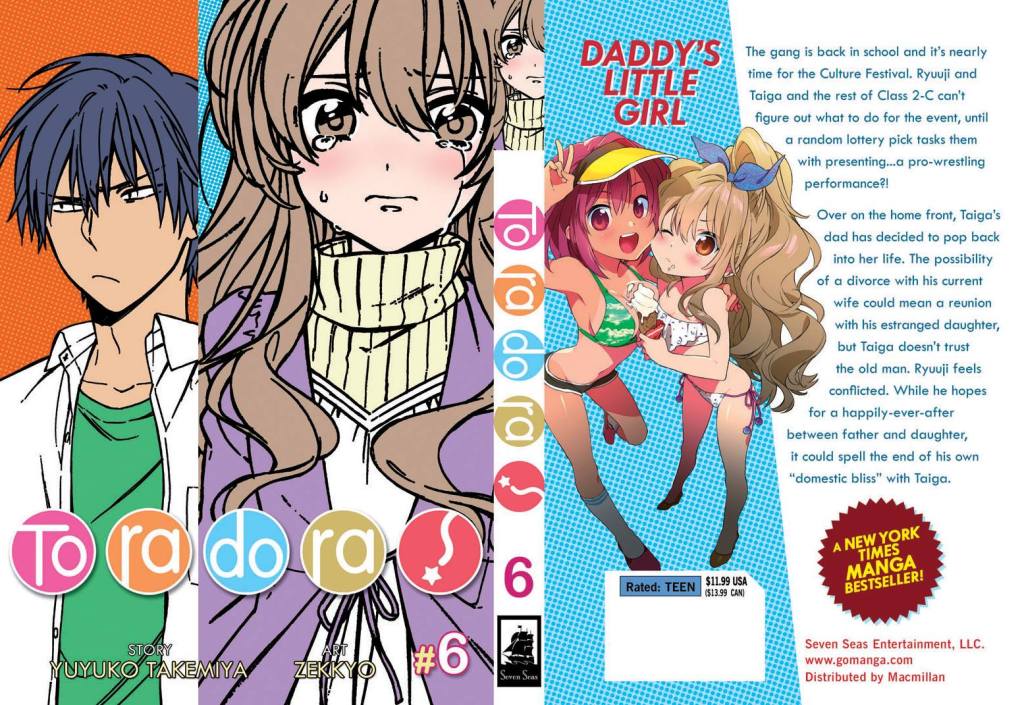 The gang is back in school and it’s nearly time for the Cultural Festival. Ryuuji and Taiga and the rest of Class-2 can’t figure out what to do for the event, until a random lottery pick tasks them with presenting…a pro-wrestling performance?!

Over on the home front, Taiga’s dad has decided to pop back into her life. The possibility of a divorce with his current wife could mean a reunion with his estranged daughter, but Taiga doesn’t trust the old man. Ryuuji feels conflicted. While he hopes for a happily-ever-after between father and daughter, it could spell the end of his own “domestic bliss” with Taiga. 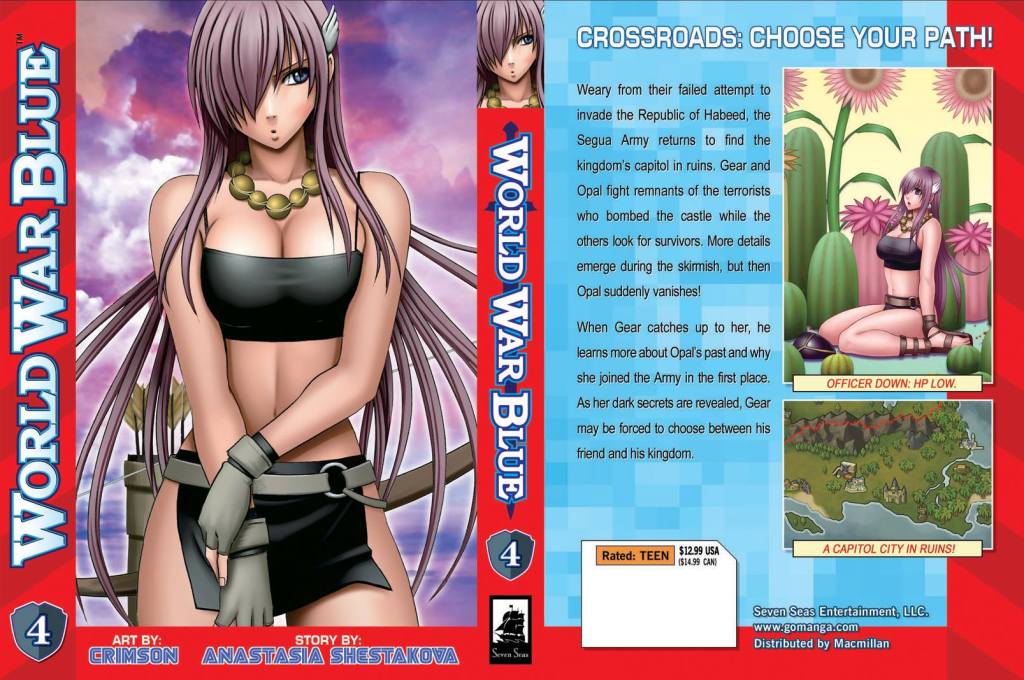 Weary from their failed attempt to invade the Republic of Habeed, the Segua Army returns to find the kingdom’s capitol in ruins. Gear and Opal fight remnants of the terrorists who bombed the castle while the others look for survivors. More details emerge during the skirmish, but then Opal suddenly vanishes!

When Gear catches up to her, he learns more about Opal’s past and why she joined the Army in the first place. As her dark secrets are revealed, Gear may be forced to choose between his friend and his kingdom.