It feels like only a couple of days have passed since I was sitting in the audience for the Gold Coast Film Festival’s opening night screening of New Zealand action/comedy film ‘Pork Pie’. Over the last week and a few days, attendees have been able to take part in a variety of developmental workshops, caught many film premieres, and even had the opportunity to go on a 3-hour “movie locations” tour around key move locations.

However, we are nearing the end of this year’s festivities, with the Gold Coast Film Festival set to host is closing night screening tomorrow evening. However, if you are still looking for something to do this weekend, there is still quite a lot taking place across the Gold Coast. While I recommend checking out the full Gold Coast Film Festival program HERE, here are some of my personal highlights over today and tomorrow:

The Gold Coast Film Festival is more than just film screenings. Something they have been holding for quite a few years are REELLIFE seminars, where those interested in film can learn about many facets of the film industry from experts in the field. There are still many REELLIFE sessions planned for this weekend, including:

All of these seminars are held in The Basement at The Arts Centre Gold Coast. To book your spot at one of these events, click HERE.

While there are other screenings taking place this weekend (see program), there are several which will be followed by Q&A sessions with the directors, cast or others involved in the films. The films with Q&A sessions attached to them are:

Starring rising Australian actress Kendal Rae (The Shannara Chronicles) and directed by veteran local filmmaker Dee McLachlan (The Jammed), Out Of The Shadows introduces us to a young couple who discover that their new dream house holds some horrific secrets.

Playing like a frightening Aussie mash up of Rosemary’s Baby and The Exorcist, this elegantly mounted thriller features a gorgeously baroque score from awarding winning composer Christopher Gordon and was filmed in the lush surrounds of the local Tweed Shire hinterland.

Ella Havelka is the first indigenous dancer ever to join The Australian Ballet, and this moving documentary follows her journey from rural Australia to one of the most prestigious dance companies in the world. The film gives us a rare glimpse into the high-impact world of professional ballet while also presenting an intimate portrait of a young girl who is discovering her indigenous identity.

Producer Veronica Fury and director Douglas Watkin will be holding a Q&A following the screening.

When a terrorist attack hits Sydney releasing a highly contagious virus into the population, Detective Leyla Nassar (Offsping’s Ash Ricardo) must race across the city and find the culprits while the Deputy Premier Pamela Laird (Zoe Carides) battles power hungry politicians eager to use the catastrophe for their own nefarious means.

This pulse-pounding action thriller plays like a season of TV’s 24 set in Sydney and crammed into a breathlessly paced 100 minutes. With a star-studded Aussie cast including the legendary Zoe Carides and Nicholas Hope (Bad Boy Bubby), Event Zero is a politically charged thrill ride sure to result in some controversial post-screening conversation.

The cast and crew will be walking the red carpet prior to the screening, and will hold a Q&A following it. 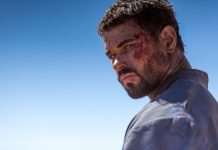 A Conversation With Shane Abbess 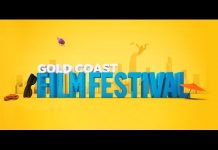