Helmed by former Studio Ghibli director Hiromasa Yonebayashi, Mary and the Witch’s Flower is the debut film of the relatively new animation studio Studio Ponoc. The studio was founded by Yoshiaki Nishimura (Producer, The Tale of Princess Kaguya) in 2015 and involves animators who worked on some of Studio Ghibli’s memorable works.

Mary and the Witch’s Flower (Aka. Meari to Majo no Hana | メアリと魔女の花) is based on the original 1971 children’s novel The Little Broomstick by British author Mary Stewart. After making its Japanese debut on the silver screen in July 2017, the film make its Australian premiere during Madman Anime Festival 2017: Melbourne in the closing months of 2017. Now into 2018, Australian anime publisher Madman Entertainment will begin screening it in cinemas across Australia and New Zealand from tomorrow for a limited time.

Two screening types will be offered across the country. A majority of cinemas holding screenings of Mary and the Witch’s Flower will only be screening the new English dub, featuring the voices of Ruby Barnhill (The BFG), Kate Winslet (Titanic) and Jim Broadbent (Paddington). A limited number of cinemas will also be screening the original Japanese dub. Visit the film’s official Australian website for information on which screenings your local cinema will hold.

I will be watching the film this weekend, and plan to post up a review shortly after. 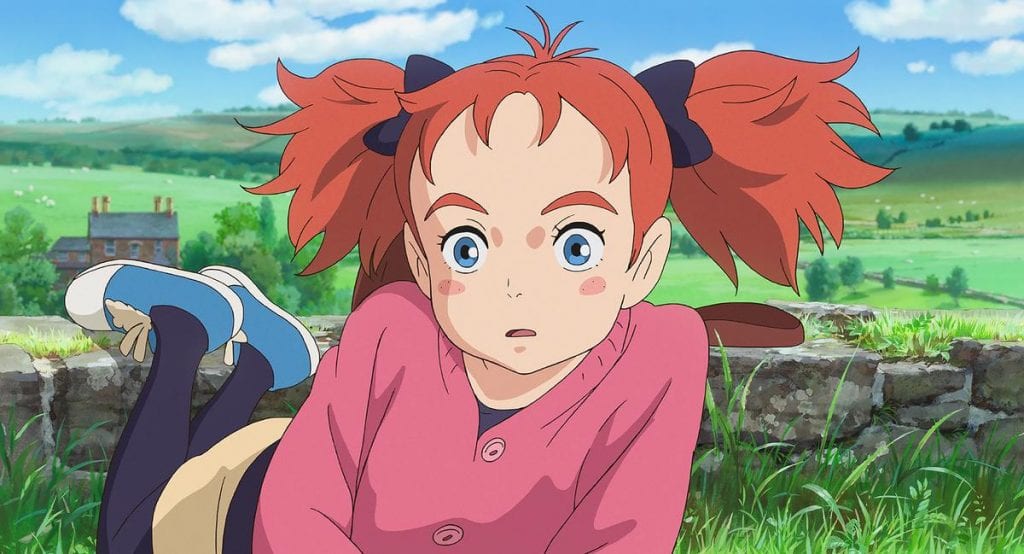 About Mary and the Witch’s Flower

One day, while spending the summer with her great aunt, Mary follows an odd cat into the nearby woods. There she stumbles upon flowers which hold a strange, luminescent power that brings a broomstick to life — which then, in a heartbeat, whisks her above the clouds and off to a strange and secret place. It is here she finds Endor College – a school of magic!

Even though the penalties for imposters are harsh, Mary enters the Endor College campus. And despite a complete lack of magical knowledge, she demonstrates surprising promising abilities. However, she quickly discovers that all is not as it seems at the school – there have been strange experiments taking place behind closed doors, and all too soon, she comes face to face with great danger – and a life-changing choice.