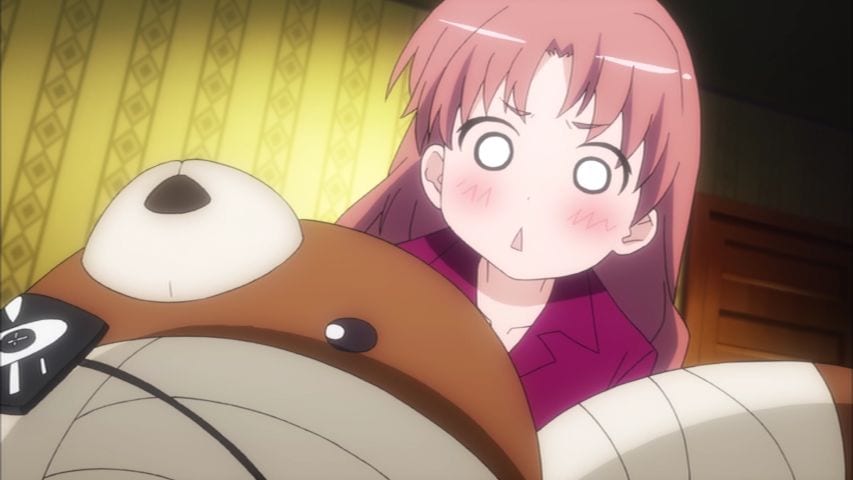 For those not familiar with this particular spin-off series, A Certain Scientific Railgun serves as a complementary set of canon side-stories set in the same universe as A Certain Magical Index. While these episodes are by no means essential to enjoy the core experience presented in the media franchise originally penned by Kazuma Kamachi, they often add further depth into Academy City and some of the events that take place. This is done by presenting the storyline from the viewpoint of Mikoto Misaka, Academy City’s third strongest esper who occasionally crosses paths with Touma during their own individual adventures – with his more often relating to magic and hers relating to the scientific complications and corruptions that arise in the city. Although the setting and certain elements may be shared between the two series, both the events that take place and core characters are mostly unique.

In my review of A Certain Scientific Railgun’s first season, I found the overarching storyline to be well thought out and offered a different perspective from Magical Index. This difference gave more opportunities for the viewer to see the life of regular students in Academy City, rather than watching the protagonist be dragged in and out of events almost every episode. However, unlike Index which tended to be more straight and to the point, Railgun featured many episodes that could be regarded as “filler”, with very little value to the overarching storyline or even character development. While a definite improvement, Railgun S ultimately ends up being another mixed bag. While the filler content has been noticeably reduced across this second set of 24 episodes, only one arc manages to shine whereas the second ends up fairly forgettable. 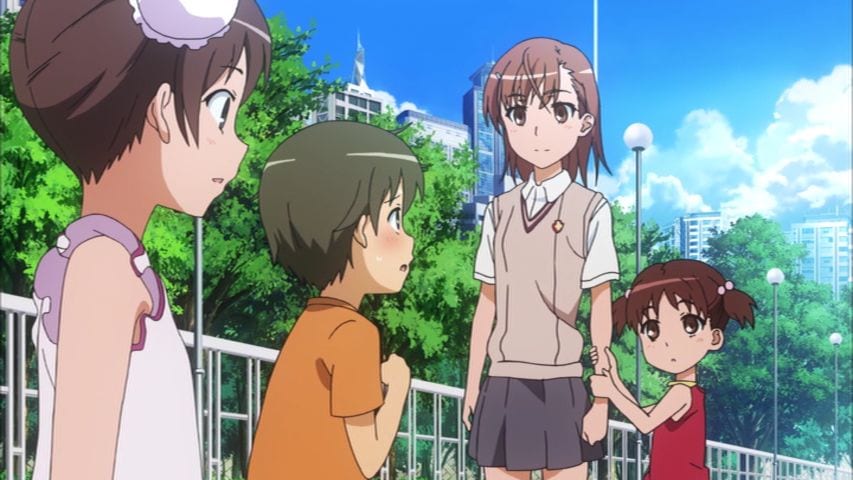 The often empty hidden nooks and pathways serving as shortcuts throughout Academy City have become bustling with traffic due to money cards of various values being mysteriously left hidden in these areas. While people crowd these areas with the hope of netting a tidy profit, the student disciplinary committee Judgement finds themselves with no means of discovering the responsible party or why these cards have been left simply lying around. Although not completely interested in the case, Misaka finds herself drawn into the much darker events surrounding their placement, which complement the recent rumours of her doppelganger wandering the streets.

When she was only a child, Misaka was convinced to hand over her genetic information to a researcher, which she was led to believe held the key for critical medical research. Instead, the information she had donated was incorporated into several inhumane research projects – the most recent being a goal of producing the very first Level 6 esper through the creation of 20,000 clones and having them brutally murdered by the #1 Level 5 esper, Accelerator. Ditching her friends for the occasional assistance of a former researcher on the project and Touma Kamijou, Misaka strives to do whatever she can to put an end to the project and save however many “sister’s” she can. 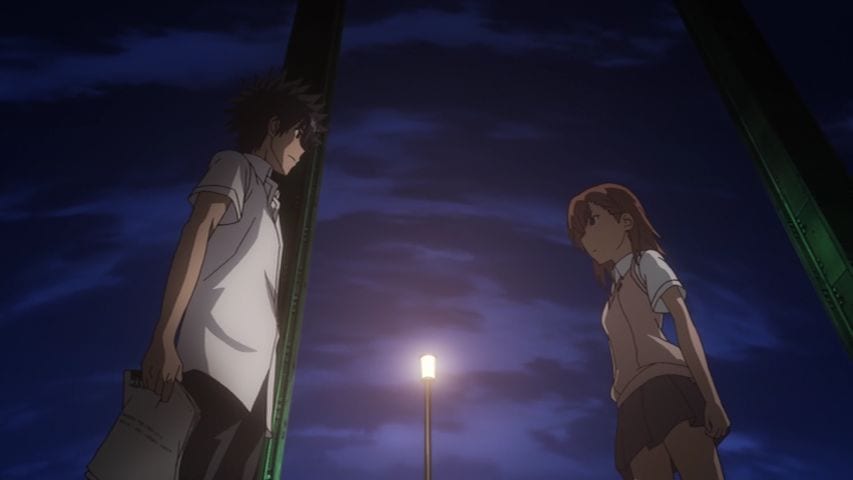 Those who have already watched the first season of A Certain Magical Index will already be able to identify this as the “Sister’s Arc”, which was first presented to viewers through the eyes of Touma Kamijou. As this issue didn’t hold as much relevance to Touma as it did Misaka, the original arc didn’t feel so complete and left many details up in the air or otherwise needing more specificity. With a good portion of the entire season dedicated to events surrounding the MISAKA sister’s; viewers are presented with a more satisfying compilation of details about the research project, the sister’s themselves and the many events that take place from Misaka’s point of view.

This is easily the most satisfying arc in the Scientific Railgun anime adaptation to date, with strong writing, plenty of action and not finding itself inhibited by the need for generic slice-of-life filler content. The only issue for some however might be that despite having action-oriented roles in Season One; Shirai Kuroko, Saten Ruiko and Uiharu Kazari are all pushed to the side in this arc, with the latter two barely even being able to hold onto their spot as secondary characters. 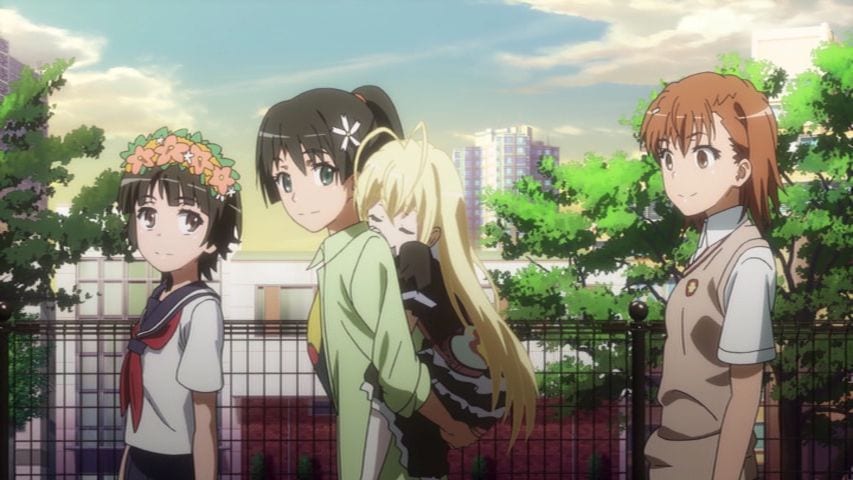 The second arc of A Certain Scientific Railgun S is referred to as the “Silent Party Arc”, while takes place during Episodes 17 through 24 and occurs shortly after the previous episodes. This is an arc that was created exclusively for the anime adaptation rather than being based on material sourced from the original light novel or manga. It seeks to wrap up some of the characters arcs and other lingering elements from the “Sister’s Arc” which might otherwise not have been explored, while managing to deliver a unique storyline that includes most of the characters we have met in A Certain Scientific Railgun to date.

Given it is a fair way into the season, I will not go into too many specifics about the storyline associated with the Silent Party arc (Even though there is a significant hint about a new character in the above screenshot). That being said, while the conclusion was enjoyable and there were some good concepts that went into the arc, it was greatly overshadowed by the events that took place previously and tended to drag on at points as well. Therefore, it was overall an average but otherwise forgettable watch. In a way, it makes me glad that more than half a season was dedicated to the Sister’s Arc. 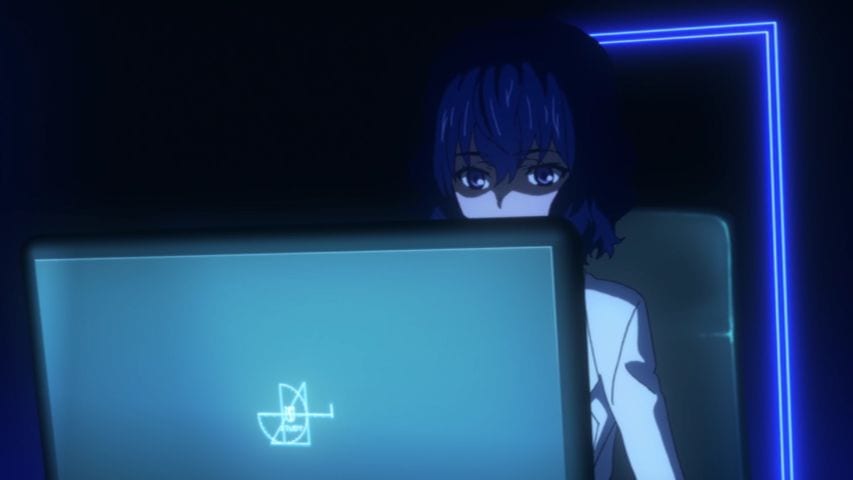 With a couple of years between the first season of A Certain Scientific Railgun and the second, there is a slight improvement in the visual quality between the two. That being said, J.C. Staff still provide variable animation and design quality dependent on what sort of events are taking place on-screen. Quality favours action over slice-of-life scenes, with the everyday life of Misaka and her friends represented by adequate design/animation which does the job but doesn’t greatly impress.

However, the animation truly shines during the numerous battle scenes which take place throughout the episodes, particularly showcasing Misaka’s electromaster abilities as being not only electrifying but incredibly flashy in the process. On this topic, it should be noted that while we do see several of the MISAKA Sister’s getting destroyed by Accelerator, none of these scenes are particularly gorish – keeping the the M classification that both volumes have received in Australia. 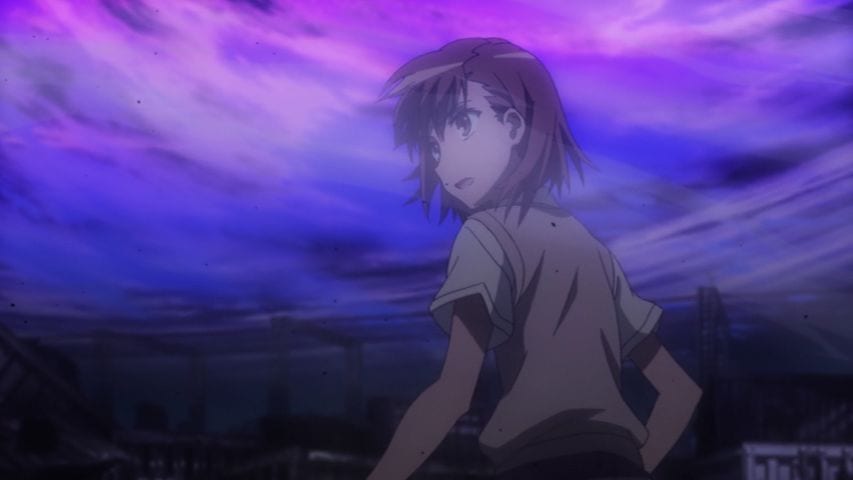 As with the previous season, A Certain Scientific Railgun S comes with two opening and two ending sequences. fripSide once again provide both opening themes: “Sister’s Noise” and “Eternal Reality”, both of which are strong songs with solid animation. The two ending sequences are “Grow Slowly” by Yuka Iguchi and “Links” by Sachika Misawa. Both of these songs are much softer and have simpler animation, but in terms of their role displaying the credits roll, they are perfectly adequate. The remainder of the instrumental soundtrack was decent and complemented the scenes they were used in well, however there was little that stood out from the crowd.

As with most other Funimation Entertainment releases in North America, A Certain Scientific Railgun S has had an English dubbed commissioned for its retail release. Brittney Karbowski, Alison Viktorin, Cherami Leigh and Brina Palencia all reprise their roles as the four lead characters in Scientific Railgun, and all do their characters justice once again. Similar to Anastasia Munoz as the “stripping scientist” Harumi Kiyama in season one, it was Mariela Ortiz (Banba – Princess Jellyfish) as the researcher Shinobu Nunotaba who really stood out as the highlight newcomer to the franchise. Taking this into consideration, both English and Japanese dubs provide consistently high quality dialogue across the board. 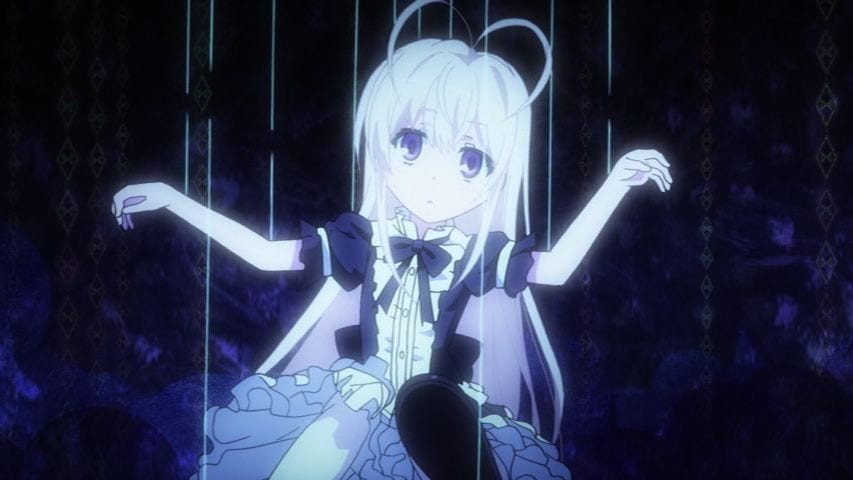 With the exception of trailers, all extra on-disc content present in Universal Sony Pictures Home Entertainment’s Australian release of A Certain Scientific Railgun S has been retained. This content includes several episodes worth of commentary, textless opening/ending sequences and a couple of other small bonuses. While there is nothing particularly unique in this set of extra goodies, the commentaries prove to be a worthwhile listen after finishing all the episodes.

While I did appreciate the extra detail introduced in the “Sister’s Arc”, I still wouldn’t say that I enjoyed Scientific Railgun S anywhere near as much as either of the current Magical Index seasons. Don’t get me wrong, there are some noticeable improvements in pacing and character development compared to its first season that needs commending. However it was really the second arc of this season which failed to impress me. It might have benefited from offering a new perspective from another official arc rather than introducing something completely new.That being said, I do look forward to seeing where future anime releases in this adaptation go from here, as the ideas that have gone into world building and character development so far have been impressive. 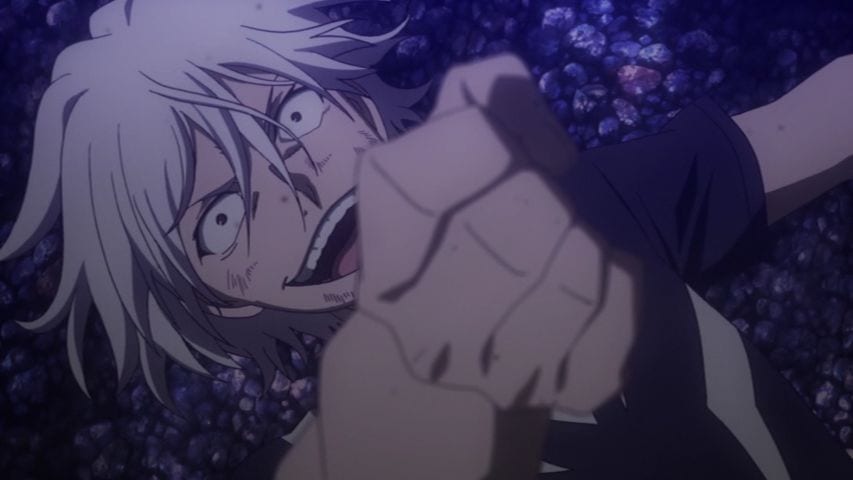