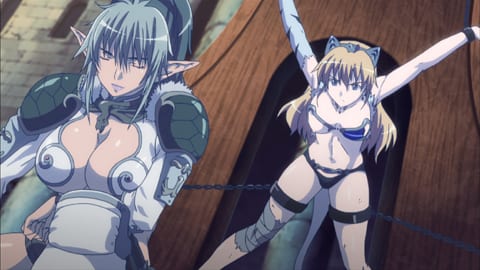 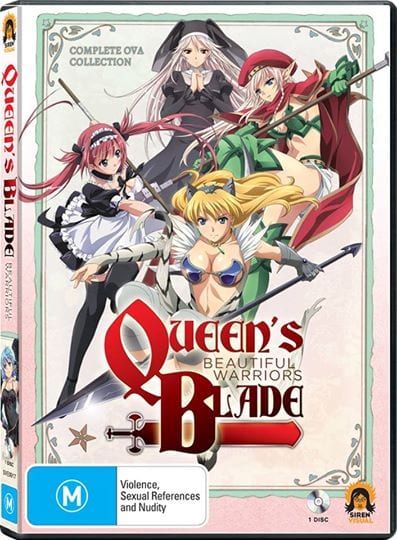 Siren Visual may be breaking out the classics in Early 2015, but this is not stopping them from also working on a couple of newer anime series. Following earlier releases in the franchise, the Australian anime publisher has confirmed that Queen’s Blade 4: Beautiful Warriors will be available for purchase on DVD beginning February 20th 2015. Priced at $29.95, you can place a pre-order on this title now through the official Siren Visual website.

The Queen’s Blade tournament may be over, but the stories of the contestants have barely begun. Unaware that fate is already conspiring to pit many of them against each other in the arena of war, the sword maidens scatter across the lands in search of fame, fortune, and adventure.

For some that comes sooner than expected, as Leina finds herself drawn to aid her sister, Elina, who’s been captured by Echidna. Tortured by the Swamp Witch, Melona focuses her anger on the absent Airi and plots an insidious revenge. But when confronted with their common enemies, how long can it be until they both seek to reunite with Menace?

And if that’s not enough trouble to be forming on the horizon, Nanael manages to get herself banished from Heaven and her goal of forming a harem of servants for herself proves to be anything but angelic.

Finally, to provide the beasts to go along with the beauties, both Alleyene and Nowa and Tomoe and Aldra each find their separate journeys marred by encounters with different forms of tentacled monsters!