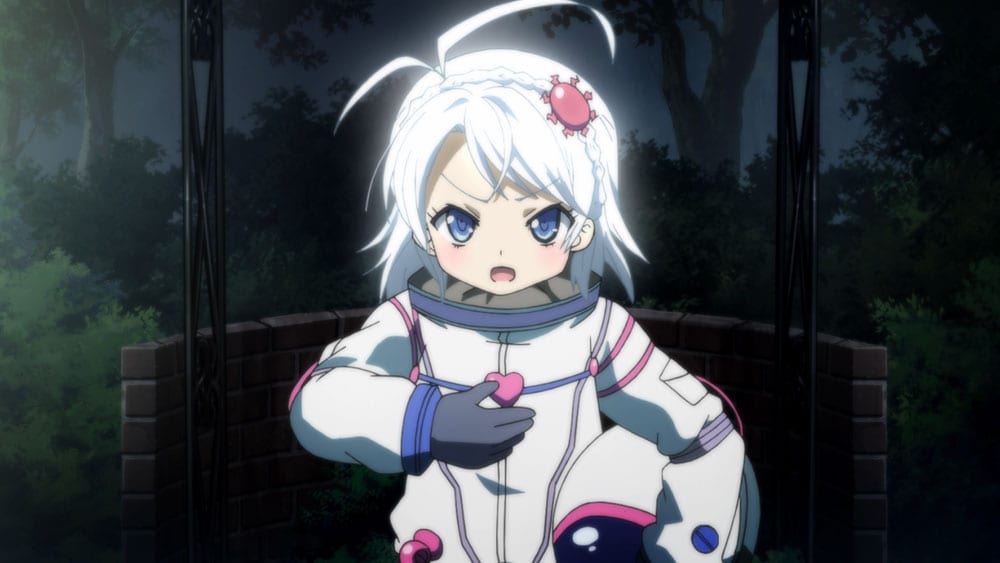 With an MSRP of $59.99, this Standard Edition of Ground Control to Psychoelectric Girl comes with the entire season on both DVD and Blu-ray in addition to a story guide leaflet and a small compilation of on-disc extras. The booklet is in replacement of the artbook and artbox that come with NIS America’s Premium Edition collection.

Makoto Niwa just moved to the city to live with his aunt Meme after his parents were reassigned to work overseas. He is perfectly fine with that, saying it will give him the chance to live the dream life of an adolescent boy. He keeps track of the things he does by assigning “points” to them—positive or negative—and adds them up on a regular basis to grade his adolescent life. And then he discovers Meme has a secret daughter (and self-proclaimed alien) named Erio. He finds her rolling around by the front door of Meme’s house wrapped up in a futon. It is then that he realizes that his dream adolescent life will not come true, and he begins a life of experiences that are out of this world.