Hanabee Entertainment to Run “7 Days of Christmas”, With Announcements, Competitions and Giveaways 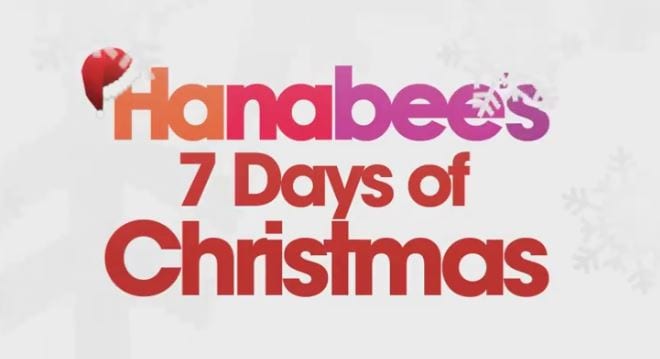 With only a couple of weeks left in 2014, Hanabee Entertainment are giving their fans one more chance this year to eagerly await acquisition announcements and take part in contents/giveaways through their “7 Days of Christmas” event.

Starting on December 14th 2014, the Hanabee team are going to be doing daily updates via their social media channels where they plan to announce new titles for 2015 (and possibly beyond), give away some goodies and host some competitions. Hanabee have confirmed via their Twitter page that a signed Patema Inverted poster is one of the goodies up for grabs.