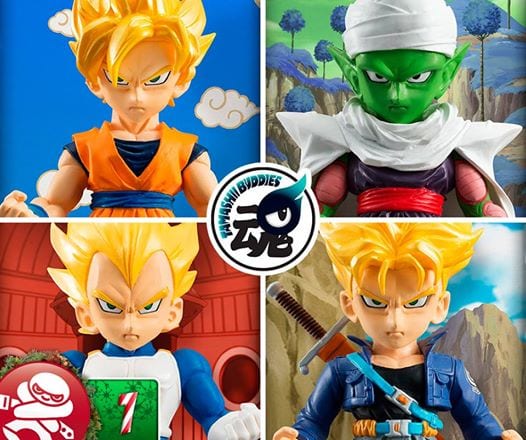 Similar to how Hanabee are hosting a “7 Days of Christmas” event via their own social media channels, Australian anime publisher Madman Entertainment are hosting a “12 Announcements of Christmas” event. As the name would already suggest, the Madman team will be announcing twelve announcements over the next twelve days via their social media channels.

Kicking off this event is not actually something new. A few weeks ago the company announced that they were teaming up with Bandai Namco Games Australia to distribute Tamashii Buddies figures in Australia and New Zealand beginning early-2015. The first announcement is that you can pick up all four figures displayed in the image above from today. Purchases can be made via the Madman Entertainment Online Store, and will hopefully make it to you before Christmas.

More information on Tamashii Buddies can be found via my earlier post HERE.