The Devil is a Part Timer!

While there is very little that could top my excitement about Siren Visual’s October release of Chi’s Sweet Home, it was hard not to also be excited about the company’s release of The Devil is a Part Timer! this month. While more mainstream than the Australian publishers other recent titles including Monster, which I STRONGLY recommend checking out, the quirky comedy and uniqueness of the series’ storyline definitely finds its place with Siren Visual’s anime offering.

The Devil is a Part Timer! follows Satan, a character most would associate with hell, who lords over the world of Ente Isla. After being attacked by the ‘church’, or more specifically the four human heroes, Satan and his companion Alciel choose to flee through a portal and land on Earth. Cut off from their supply of magic, unable to speak a human language and without a dime to their name – the duo start to build their new empire from the ground up with new names (Sadao Maou and Shirou Ashiya respectively) and financial assistance of a part-time job at dominant fast-food chain MgRonalds.

They weren’t the only ones who make it through the portal however, with the legendary hero Emilia also chasing them into the human world. Despite their initial antagonism which quickly comes more of a joke than anything series, it soon becomes clear that Sadao has become fond of his new life and the tables turn. The once sworn rivals (+ Sadao’s human co-worker Chiho Sasaki) begin teaming up to face against demonic and holy adversaries looking for the head of Satan and posing a risk to humans at the same time. 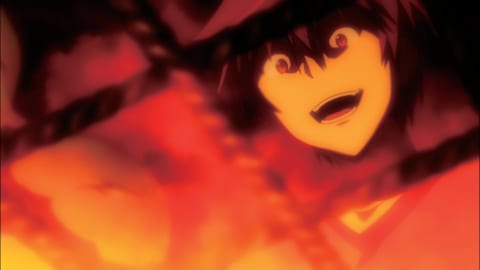 The Devil is a Part Timer! manages to merge the romantic-comedy and fantasy-action aspects of its storyline well. The sheer idea of evil mythological deities Satan and Alciel living an impoverished lifestyle in the human world is ludicrous, and the writers have taken advantage of this concept at every turn. The charm is coupled by Sadao’s infectious personality which in lieu of being creepy or scary is genuinely warming and friendly, drawing almost everyone to him despite his demonic past. With an array of other interesting and eccentric humans and Ente Isla residents alike, the character cast is well balanced so the episodes thrive irrespective of whether dealing with fantasy or reality.

It is easy to watch The Devil is a Part Timer! from start to finish without becoming the slightest bit bored of its comedy, culture-shock moments and plot events that the production team have strewn across the 13 episodes. However there are a few downfalls that kept it from being a perfect watch. For one thing there is a duo of demons (Emeralda Etūva / Albertio Ende) who earn prominent appearances in the opening sequence, but despite seeming like interesting characters, only ever appear in a couple of short few-second long scenes. Given that this anime adaptation managed to end in a way that wouldn’t necessitate a sequel, I am a bit miffed about not having them explored or holding much of a role at all. Secondly, The Devil is a Part Time! is split over two separate arcs, comprising of a half season each. While both are above average, the second felt at bit rushed, and lacked the same charm presented by the first. 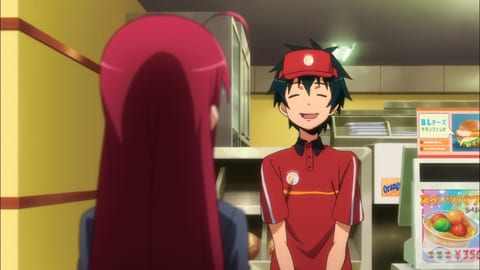 The Devil is a Part Timer! is an aesthetically pleasing anime series, and well deserving of a Blu-ray release, a rarity for any Siren Visual release irrespective of formats published on in North America. The characters are well designed / detailed, and were decently animated during the several battles that take place across the episodes. Unfortunately, aside from just how accurate the MgRonalds store was replicated to reflect your average take-away restaurant, the environment designs are pretty average.

The Devil is a Part Timer! features a single opening theme in addition to two ending themes. The opening kick-starts the episode with the song ZERO!! by Minami Kuribayashi, a fast-paced song complemented by animation which not only highlights the comical nature of the series, but also contrasts between the dual-lives held by Satan and Emilia. The two ending themes: Moon Flower and Starchart, are also decent songs however while “artsy”, the animation isn’t something you are likely to watch more than once or twice. The remainder of the musical backing in the episodes is decent, and are varied enough to represent the comedy, general life and action elements of the series.

As with every other Funimation Entertainment release, there is an English dub to go with the original Japanese dub. Overall, both dubs are good, with each of the main VA’s matching their characters well. Some personal highlights include: Josh Grelle as Mao “Satan” Sadao, Anthony Bowling as Shiro “Alciel” Ashiya and Felecia Angelle as Emi “Emilia” Yusa. 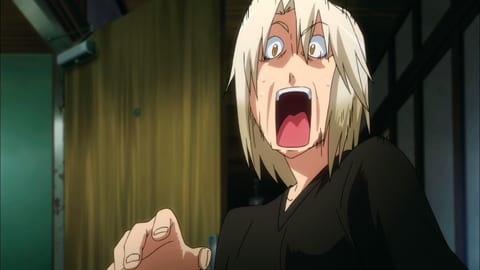 First of all, this review is of the Australian Blu-ray release of The Devil is a Part Timer! and is pretty much identical to the North American blu-ray release. Therefore all extra content mentioned on here is only relevant to this format, and may be different or completely omitted if you choose the DVD edition.

This collection comes with the usual assortment of goodies including a couple of commentary tracks, textless opening and closing segments, and trailers for both this series and others licensed by Funimation Entertainment in North America. The highlight however is a 13-minute documentary titled The Ente Isla Language: With Jamie Marchi. In this, lead writer Jamie Marchi discusses how she managed to produce a coherent and well-flowing second language which was incorporated into the series. A very impressive documentary, and kudos to Jamie Marchi for pulling it off and not just relying on the original Japanese dub track in these instances!

The Devil is a Part Timer! was overall a fun, light-hearted anime series that did not compromise its storyline for a few cheap laughs – instead presenting interesting characters, solid production value and laughs aplenty. It may not be a top-tier anime similar to Siren Visual’s Monster, it is something I myself would quite happily pop into my blu-ray player on a quiet night and enjoy! 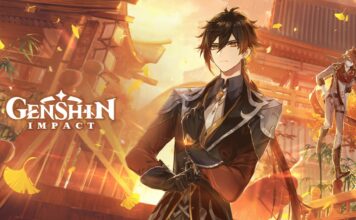