Another month brings us another collection of anime releases from all the major anime publishers in Australia. With Hanabee Entertainment leading the charge by publishing everything on September 3rd 2014, take a look below at what they have on offer this month through both their official online store and anime retailers across the country.

Do note that Hanabee’s box set containing Ef: Tale of Memories and Ef: Tale of Melodies has been delayed from its original release date of September 2014 to its new date in November 2014. 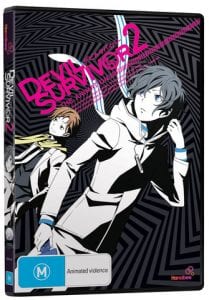 To Live or to Die?

When Japan is driven to the brink of despair by mysterious invaders called the Septentriones, humanity fights back using Devil Summoners, 13 people of great distinction who have made pacts with demons and been given the power to fight! This is the story where comrades’ deaths can be foretold, where mankind has been placed in the harshest of situations, a story of conflict and choices. Will they be able to survive the countdown to Armageddon! Their choices will decide the future in Devil Survivor 2 THE ANIMATION! 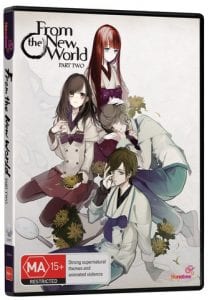 Saki is finding herself involved in a conspiracy she wishes to have no part in. Altered memories, genetic conditioning and a fatal filtering process, Saki’s beginning to question her town and the sincerity of the Ethics Committee to protect its people.

But alongside the in-town turmoil, there’s social unrest brewing amongst the rat colonies that has the potential to erupt into an all out war. Both Saki and Satoru are key players in these tumultuous times and for them to bring about peace they’ll need to uncover a secret that unites both worlds. 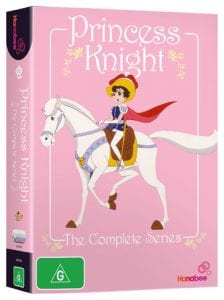 Once upon a time, in the faraway kingdom of Silverland, a princess named Sapphire was born. Thanks to the prank of a mischievous little angel, Sapphire ended up with both the blue heart of a boy and the pink heart of a girl. Thus, the new little princess would be as rambunctious and brave as she was gentle and caring.

However, all was not well in Silverland. By law, only a son could inherit the throne. So, to stop the evil Duke Duralumon from being next in line to rule the kingdom, the King announced to his subjects that Sapphire was a boy!

Now, several years later, everyone in the kingdom sees Sapphire as a swashbuckling prince. Very few people know her secret. But the Duke still lurks in the shadows, waiting for a chance to make his move… So begins the story of Sapphire – the courageous Princess Knight – as she fends off the Duke’s wicked schemes and fights for justice and the happiness of her people!

This is not a rebooted series but the actual 1960’s anime series which was localized into English back in the day. While the quality of the episodes do jump, it makes for a very unique viewing experience – especially for those who have limited their viewing series produced in the last 1-20 years. [REVIEW] 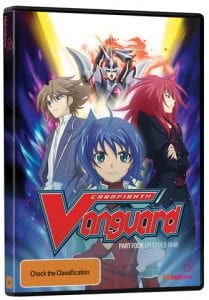 From friend to foe, power can taint a person.

Kai’s managed to rescue Aichi from falling into Psyqualia too deeply and now he’s trying to make amends for his actions. Although he may have received his team’s forgiveness, Aichi still needs to confront Ren in battle, but in order to do that he and the other members of Q4 needs to defeat Team Caesar first.