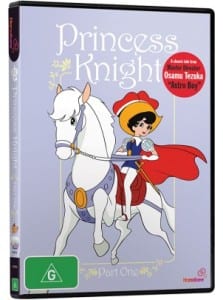 As a child of the 90’s, my first exposure to anime was really when the market was becoming more mainstream, where licencors were beginning to actively license, localize and release titles (Even if 26-episode series were broken up into 4-episode collections). But this is not to say that this was the beginning of anime internationally… not be a long shot. Produced by Tezuka Productions and Mushi Production, Princess Knight is an anime adaptation of the original 1953 manga produced by Osamu Tezuka which has in the past few months had its 52-episode English localized version published by Nozomi Entertainment (North America) and Hanabee Entertainment (Australia). The question remains however… does it fare well in today’s anime market, where many older anime releases seem to be revived for the sake of nostalgia?

Princess Knight follows the story of a princess named Sapphire, who due to the kingdom of Silverland’s archaic laws must pretend that ‘she’ is a ‘he’, due to the royal successor needing to be male. Before being born, every individual is assigned either a red (female) heart or blue (male) heart from a heavenly being, however through the pranks of one angel (Choppy) she is given both red and blue hearts – conveniently setting her in a gender ambiguous state in terms of personality and actions. Choppy is given the task of tracking her down and retrieving the “blue heart” from within her, while Sapphire is more than happy retaining the tomboyish aspect of her personality. 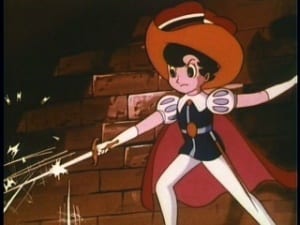 As with many notable anime series of the era, Princess Knight comes in at a lengthly 52-episodes in length which does mean that many episodes do inevitably follow the same “episodic” nature that even longer anime series today follow. Sapphire and/or Choppy start their usual day, come across a threat and then deal with it – sometimes a being after Sapphires heart, sometimes a malicious human character (In particular the shows primary antagonist Duke Duralumon and his sidekick Baron Nylon) and at times something else. While the formula can be repetitive, it does pick up considerably near the end and some of the contexts can be quite interesting. However for the most part you most probably wouldn’t need to watch all 52 episodes to get the full experience.

But the core aspect of the show relating to gender differences was very interesting, and shows that the gender roles are effectively unimportant in determining the princesses personality, and I felt at times mocked the gender stereotypes that may have been more prevalent in the 50’s and 60’s when the series was first conceptualized. Overall however, while the episodes were pretty hit and miss, they played with fairy tales, mythology and their own unique storytelling pretty well – and despite its age isn’t exactly a tedious show to watch, and serves to highlight elements that may not appear too often in modern anime storylines. 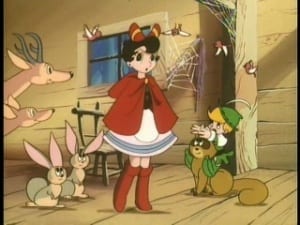 They are open and upfront about the fact that the visual quality isn’t perfect. Before you even get to the main menu they show a screen stating that the master materials of Princess Knight “have deteriorated” and that the visual quality can vary considerably between the episodes. While they were telling the truth and the quality can vary, it wasn’t too bad overall and well within expected limits for a series that is now more than 40 years old with poor initial preservation protocols. Then again, is the visual quality any reason not to restore a classic unless it is pretty much ruined? All episodes are displayed in the original 4:3 screen ratio with no attempts made to upscale. The remaster however was suitable, and kudos must go to the team for this given the series’ age.

The visual styling of course heralds from the design techniques of the era, but still does a sufficient job of detailing the characters and environments. It was evidently they didn’t skimp on the quality, with backdrops in many scenes, and random critters / other characters appearing on the screen even without any dialogue. Animation on the other hand does vary, and does often incorporate shortcuts in delivering less than fluid movements and lip-syncing. 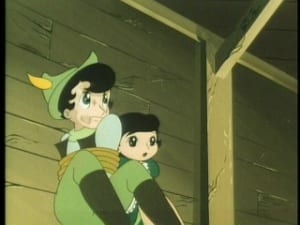 More than anything else it is the sound that seems to have suffered by age. Princess Knight only comes with the original mono English voice track, with edits inevitably resulting in Nozomi Entertainment having to scrap plans for a hybrid dubbed release. While the quality was jerky at times and the English dub wasn’t that great in itself, it did a reasonable job at delivering the dialogue – especially considering I assume ADR work would have been more niche back then. Given there would have been less nostalgia factor than more recent “Cheez TV” classics such as Digimon and Samurai Pizza Cats, they might have been better off going with the original Japanese dub and provided the full unedited Princess Knight experience.

The opening sequence on Princess Knight is more of a visual affair than a musical one, with a rather basic instrumental track that shows its age, with the same holding true for the ending. It seems like these are not the original English adaptation sequences, with the presence of a Nozomi Entertainment blurb at the end of the ending sequence. 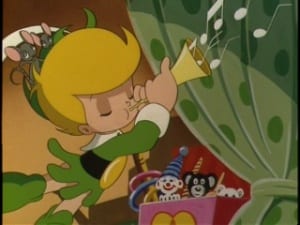 Princess Knight has been spread over two half-series collections consisting of five episodes apiece. Both collections contain a small set of goodies on each, which isn’t bad considering the age of the series and only a few if ever bonus goodies were ever created for animations back in the day. The first collection features clean opening and ending sequences as well as a simple US trailer created for the remastered release. The second collection on the other hand features our only look at the original Japanese dub for the series – the Japanese pilot episode, which seems to have received better preservation than the English masters. There is also a line art gallery that contains 34 separate pieces of line-art featuring different characters.

Series such as Princess Knight, given their age, are ones that I would pretty much require an English publisher to license if I am ever to have the opportunity to watch them – and that is a big ask considering they can be quite lengthily in terms of episode count. I hope that the international release of Princess Knight highlights a growing trend from publishers to focus not only on the recent releases but the classics that we never got to watch on television growing up. Heck, US crowdfunding service Anime Sols managed to get $22,500 in support for their first collection of 1983 magical girl anime series Magical Angel Creamy Mami – highlighting that there is some demand for these titles

While there are better series on the market from more recent years that feature a more structured storyline without the deterioration of forty years in lackluster preservation, Nozomi Entertainment has produced a strong remaster of this classic that played its role in bringing the shoujo genre of anime to the world. It might not be atop of everybody’s watch list, however for those interested in classic series, Princess Knight is certainly one to consider.