Sentai Filmworks Confirm Acquisition of Engaged to the Unidentified 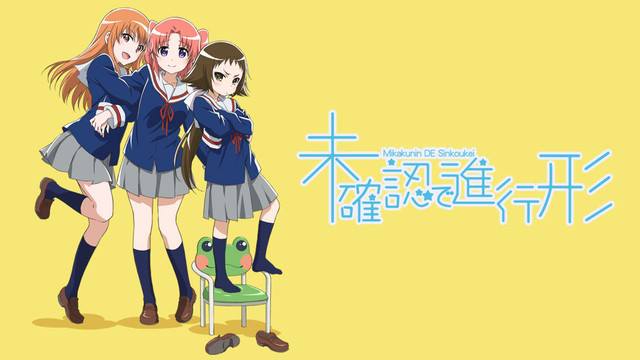 Following CrunchyRoll confirming their plans to stream the series in the US and Canada from later this month, North American anime publisher Sentai Filmworks have today confirmed their acquisition of Engaged to the Unidentified. This twelve episode series follows the suddenly atypical life of a very typical teenager, featuring direction by Yoshiyuki Fujiwara, character designs by Ai Kikuchi, series composition by Fumihiko Shimo, music by Jun Ichikawa and sound direction by Kazuzou Hamano.

It is set for release through digital streaming outlets such as CrunchyRoll later this month. with a home video release (Assumingly subtitled) planned for later on in the year.

Meet Kobeni, your typical, completely normal high school girl. She’s good at cooking, poor at sports and lives with her freewheeling mother and her older, eccentric sister, Benio. The only thing unusual about Kobeni is that she can’t remember her childhood due to an accident when she was small. But everything changes on her 16th birthday with the arrival of a fiancé she didn’t even know she had! Hakuya, a quiet, pokerfaced boy, and his little sister Mashiro are moving in and Kobeni’s normal life is over. Mashiro’s intent on making her the perfect wife for Hakuya; Benio, is intent on Mashiro; and Kobeni?

Well, she’s more than a little confused, but struggling to build a good relationship with Hakuya. But since he’s moved in, Kobeni’s memory is beginning to return, and she’s becoming increasingly convinced that Hakuya isn’t even human, but a dog that saved her life the day of the accident. Is Hakuya really a dog? Or is he something else? Will Kobeni ever discover the truth about her fiancé? Or her sister’s proclivities? Find out in Engaged to the Unidentified!